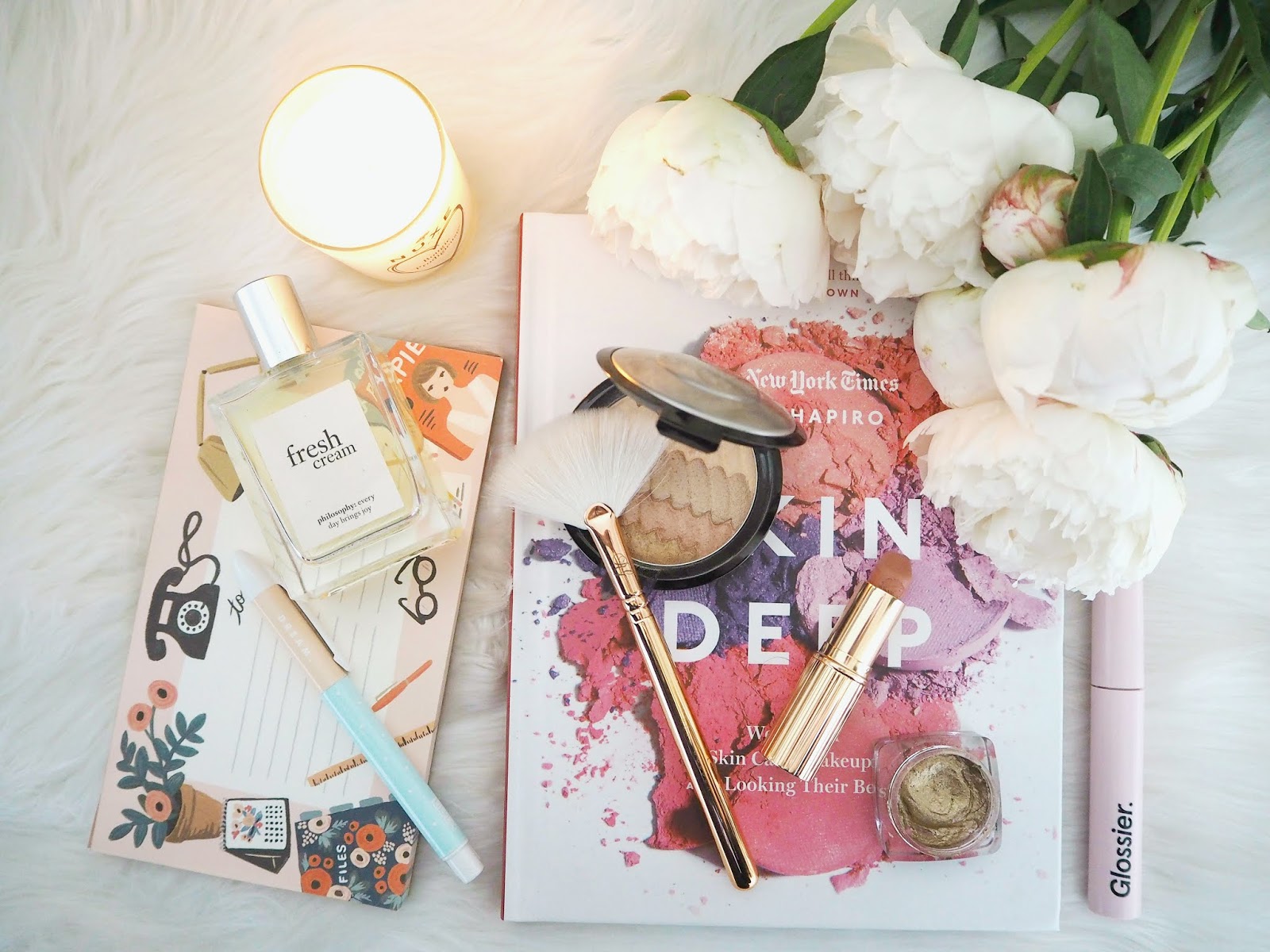 Life has been pretty action-packed lately so I have lots to share today! Sometimes there's only a month gap between these posts and others, there's several, so whilst my last post wasn't that long ago, so much has been going on! As is always the case in summer...

The first exciting thing that happened to me a couple of months back was that I got my ACII! I'm sure that means nothing to non-insurance people but it's the advanced level qualification granted by the Chartered Insurance Institute. It's been a lot of work concentrated in a short space of time to get it in just over two years but I'm so glad it's no longer hanging over me and that I have a couple more letters to add to the end of my name in my signature...

We've had such beautiful weather this year, it really has been amazing to get a proper summer here in Britain! I headed over to Rugby on one of the hottest days we've had so far to visit some of my family, as it always feels as though it's been too long. We had a BBQ, some cocktails and punch and watched the football outside in the sun. It was still pretty lovely when I had my friends over to stay for Magic Door - a night that's held 4-5 times a year here in Birmingham. It's usually themed and there's always lots of glitter and house music. There were plans to check out Birmingham Pride the next day but we were in no fit state so I made breakfast and we had a duvet day...

As I mentioned in my What I Got for my Birthday, my mum took me to Moddershall Oaks Spa for the day on my actual birthday (a Friday) which was lovely! I had plans in London over the weekend, however I was struck down with some sort of horrendous vomiting bug (I later found that 10 other people at work had the same illness at the same time). I did soldier on and I'm glad I did - I was there with some mates and we had wine in the glorious sun and met some of their friends. We also went to see As You Like It at the Globe Theatre, which is one of Shakespeare's more comedic plays. It was pretty entertaining but the language paired with the staging made it quite hard to follow as I wasn't familiar with this particular one. The weekend after I was back in London for another of my friend's now kind-of-legendary house parties. Before it all kicked off in the evening, we had brunch with bottomless Prosecco at the Clerkenwell Grind, which ended in us all getting lost and separated on the tube whilst somewhat tipsy... It was also great to catch up with some friends I haven't seen in a few months as quite a few of them seem to have congregated in London now.

I then headed to London yet again the week after for the Cult Beauty 10th Birthday Party before heading for a few blissful days in France! I won't bang on about that here because I did a My Week in Lipsticks and will also be putting up an in-depth post on the trip towards the end of the month.

Another little achievement I've had recently was being featured in last month's Blogosphere magazine! I'm still pinching myself after seeing my words in print - it really does validate all of the work I put in here and I'll be keeping my copy forever! (You can check out my photos here.)

It's been a really lovely few weeks for seeing friends and family - we went for a lovely lunch at Mallory Court in Leamington (best cheese souffle everrrr) for my grandad's 80th birthday. It was so nice to get together and it was such a beautiful day. I also organised the Hen Do for an old friend of mine who is getting married this summer and I'm the chief bridesmaid! Although it was kind of stressful (rounding everyone up, getting transport sorted etc.), I definitely took away some lessons for the next time I organise an event and we has such a good a good time overall! We started with spa treatments and a cream tea at the Worsley Park Marriott Hotel (it was great to be out in the countryside on such a beautiful day). Then, after changing and getting glammed up, we headed to Tattu restaurant in Manchester - besides being gorgeous to look at (check out my photos here) - the cocktails were so good and the food really was excellent. It's billed as Chinese but I definitely saw some Thai and Japanese influences in the menu too. Either way: I totally recommend it and am very happy they're opening one in Birmingham now. After dinner we had a cocktail masterclass at Revolution Parsonage Gardens, which was such a laugh! The barman leading our little session made it really fun and it was actually great value because there was even more food afterwards and we had plenty to drink! Obviously we were in pretty high spirits after that so headed off to have a dance.

I also had a pretty big event for my joint birthday party with my best friend. As it was at my place, it was kind of a stressful experience! Again, I definitely learnt a few lessons for the next time I host something for so many people... However once everyone was fed, I had some drinks and chilled with my friends for the rest of the evening. The weather was gorgeous, we had a BBQ in the back garden and the football was on. It was really great to bring together all the different groups of people and have them get on so well! We also went out for a bit of a dance afterwards so I definitely felt fragile the next day...

Angelica Nyqvist | It's not very often that I discover a great new beauty YouTuber but I stumbled upon Angelica's channel (thanks, Auto-Play!) and was instantly hooked. She's both fun and straight-talking and honest. I really don't wear my makeup anything like her; I'm all about the warm neutrals she hates! However there's something so watchable about her - I think she's inspired me to dip a little toe in the colour pool, though. I also just find her very relatable - like me she has a normal job that's nothing to do with beauty and I also find that because she's a little older, she's just more mature and real about things!

The Handmaid's Tale Series 2 | I think the Handmaid's Tale was one of those books that contributed to my woke-ness awakening when I was about 16! It's the story of one woman in a dystopian America where fertility is a valuable commodity and religion and politics are entirely intertwined, meaning that ruthless Biblical punishments are enacted on dissenters. Needless to say, it's a very important story to me and I was both excited and apprehensive when it was adapted into a TV series. The first series followed the book very closely and I thought it was an excellent adaptation, however it essentially finishes on the book's cliffhanger ending, so series 2 was always going to be entirely new territory. However my fears were unfounded because it delivered everything I wanted it to! It explored so many ideas that were hinted at in the book and first series but were never fully realised and also expands the characters backstories further so we truly know who they were back before the totalitarian government came to power and as things started to shift.

The Staircase | It's no secret that I can't resist a true crime documentary! This actually isn't brand new but it's an existing series that was added to and released on Netflix. It takes us through the trial and *SPOILER ALERT* retrial *SPOILER ALERT* of a man accused of murdering his wife after he finds her dead at the bottom of the stairs with some very suspicious injuries. You also get a lot of interviews and behind-the-scenes discussions between the family and the accused and his lawyers. I definitely changed my mind a little as the series went on and, without being spoiler-y, I think this man is either innocent or one of the most sociopathic people I've ever come across.

Unsolved | This series brings together two loves of mine: true crime and 90s hip-hop! This is a dramatisation of the careers and lives of Tupac and Biggie that cuts between flashbacks and the investigation into their eventual murders. It was really interesting and quite tragic how it showed two very young men, who they were and how they became caught up in the gangster image and fell in with the sorts of characters who got them killed. The candid presentation of how the murders were investigated and how they were connected to the bigger picture at the time also kept me hooked on this series.

Queer Eye Series 2 | I really love this revamped version of the classic makeover show - it's not just about the physical transformation and I really commend it for standing up and deciding that in 2018 we can't look at the world like the mainstream media did in 2003. It really is moving and I've sobbed over a few episodes! They do so much more than just make over the people they meet; they transform their lives and aren't afraid to get political. I honestly respect the hosts so much - I think I must be very bitter and jaded for my age because I just don't have the energy or optimism to go into communities that are hostile towards minority groups to try and 'change their minds' but they have so much patience and empathy; it's truly inspiring. They draw on their own experiences and differing backgrounds to make a connection with everyone they meet. I think we could all learn something from the Fab Five!

Hereditary | I love a truly good horror film and after many years of gore and shock value, it seems they're hard to come across! However Hereditary had really good reviews and promised an original idea, so I had to see it. Knowing the ending, it's a bit hard to separate that from my experience and interpretation of the film as a whole, so I won't say too much! Other than I really enjoyed this apparent 'haunted house'-style film - it delivers the scares without giving the plot away until the final minutes.

The Establishment (and how they get away with it) by Owen Jones | I've been meaning to read this book for aaaages as I always catch Owen's column in the Guardian. This really concisely discusses Britain's class problem and how it has created a ruling elite whose power extends from politics to business and it puts together all of the evidence to support these claims. It's an easy read and perfectly summarises all of the thoughts and feelings I've had on this topic.

Have you been anywhere exciting or do you have any book, film, podcast etc. recommendations for me?