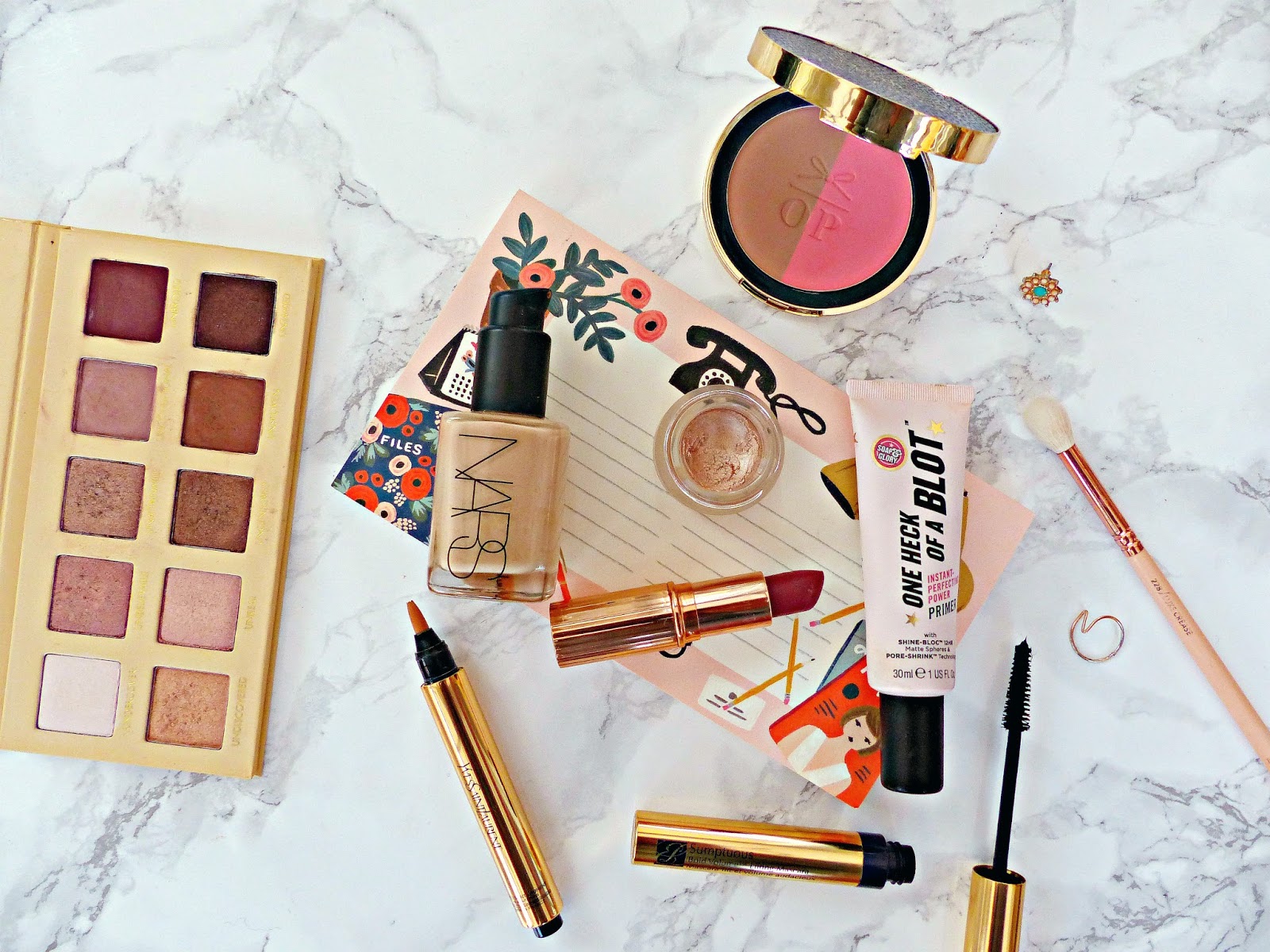 A year now doesn't quite seem as long as it did when I was 16/17, it's actually quite scary how quickly time seems to slip by. However sitting down to do this post, I've actually realised how much has changed in the last 12 months.

First and foremost, I started this year frustrated, bored and trapped in terms of my career. I wanted to progress, learn and feel challenged but I didn't feel like that was going to happen in my old job. In January I applied for a couple of graduate schemes and after many months of tests, interviews and assessment centres, I landed one that felt like a perfect fit at a company that was right for me. Yes, there are times when I feel overwhelmed by how much is expected of me, but remembering how miserable I was this time last year puts it in perspective. At the end of the day, I'd much rather people have big expectations of me than feel like I can do more than I've been allowed to!

I think along with the new job, I've grown a lot as a person, most importantly in terms of confidence. I think I'm very guilty of allowing not being where I want to be in life making me miserable. Now I feel like I'm on the way to doing what I want to do, I feel much more confidence as a person. Yes, I can do this! No, I'm not a complete moron!

Another little accomplishment has been surviving long-distance. For the first time in my relationship we've spent the entire year long-distance. Don't let people tell you it won't work out because if you're willing to put in the effort (my boyfriend driving 5 hours after work to come and see me on a Friday night, as an example) then there's no reason why it won't.

I definitely see my holiday in Dubrovnik as a highlight of the year (see my photo diary here). Even just thinking about it is making me long for the weather, the gorgeous food and walking through the historic city. I definitely want to go back and it was lovely to go away on holiday with my mum.

Although there were little milestones like re-launching my blog with a new name and design (read about the process here), Nars sharing my photo on Instagram and hosting a Twitter #bbloggers chat, I think my progression has felt quite natural and organic.

It's been a slow and steady move towards improvement. Whether that's followers (I only actually got into Instagram this year and now it's my biggest platform!), improving my photography or making the look and feel of my blog better, I feel really proud of my progression this year.

I've also met so many other bloggers this year. I met Caitlin from Through the Mirror for a blogger event and shopping, went on a big shopping trip with Porcelain Beauty and caught up a few times with some girls I know from last year like Ellie from Life of Ellie Grace, Emma from What Emma Did, Maria from Cruz Beauty, Nisha from How I Wear and Amy from Amy Elizabeth Fashion. Bloggers really are some of the loveliest people out there and when I have a moment to breathe, I definitely want to make more time for hanging out with them.

I have a lot of career-related goals for 2016, that I won't share but in the main I just want to see myself grow and develop. I want to see myself catching onto things and being able to tackle and solve problems that currently have me stumped! I also hope to well on the way towards achieving my professional qualifications. I would like to be CII Diploma level by the end of Q3.

I really want to get better with money in 2016 and learn to budget. I thought the other day that I rarely post wish lists on my blog and it dawned on me that if I want something, I tend to just buy it. This is not the way to be! I want to have a nice amount in my savings account by the time I move out.

Speaking of which, as part of my graduate scheme I will be moving down south to work in a small village called Liphook in Hampshire. I had honestly never heard of it before! It's sort of like the premise of a comedy film: girl who can't drive, has always lived in the city and buys two out of three of her meals every day from Pret moves to a tiny village... I'm thinking of living in Guildford in Surrey and commuting in, but it's still going to be so different to what I'm used to. However I like a challenge so hopefully I can tackle this one!

Also speaking of savings, I definitely want to travel a little more. Obviously I'm in full-time work, however even just going further afield for holidays would scratch the travel itch for me. I'm so excited to go to New York for my birthday and if it all goes well I will definitely feel braver about travelling further.

In terms of blogging, I don't really want to set myself goals in terms of numbers, I just want to look back this time next year and think 'wow, I've come pretty far', which is how I've felt this year. I will carry on striving to improve every aspect of my content.

I thought I'd finish this year-end round-up with some of my lifestyle favourites!

I wasn't sure whether I'd enjoy this or not, but this tense sci-fi thriller was absolutely fantastic! It tells the story of an average guy working for a Google-eque tech company who is chosen by the mysterious CEO to work on a top-secret project...which turns out to be the creation of Artificial Intelligence. The film explores some really interesting concepts and there are some impressive performances. The very small cast means the story delves deeply into the three central characters.

I've never really been 'wowed' by a hip-hop biopic; films like 8 Mile and Get Rich or Die Tryin' are the ones that spring to mind and they were only really ok for me. However Straight Outta Compton blows any other musical biopic I've seen out of the water. Somehow it encompasses all the years from NWA's formation when they were at high school to the mid-90s without feeling rushed. It shows how important and influential the NWA was in the formation of hip-hop as well as exploring the dynamic and tension within the group and their individual stories. Whether you're a music fan or not, this is an amazing film.

TV: The Man in the High Castle

I'm such a fan of dystopian and speculative fiction, and whilst it's had a moment in YA Fiction, I've kind of been waiting for a show like this to come along that's just a little smarter. The Man in the High Castle is set in an alternate USA in the 60s after the Nazis won WW2. It alternates between the German-controlled East and Japanese-controlled West and the story is mainly told through Juliana, whose sister is killed for being part of the resistance. There wasn't a single episode that wasn't gripping, exciting and intriguing.

I almost didn't include this as the second half of the series was much weaker than the first, but overall I did still really enjoy it and will still watch the second series when it comes out. The story revolves around Claire, an English WW2 nurse who is transported back to 18th century Scotland. The premise sounds ridiculous but they definitely pull it off and I suspended my disbelief enough to thoroughly enjoy this beautifully-shot show.

Book: Erika Johansen, The Queen of the Tearling

Young Adult fiction is a market of quantity over quality at the moment, so you have to wade through a lot of formulaic rubbish to find something enjoyable. This is definitely one of those gems. If you're a Game of Thrones fan, I think you'll love the fully-realised world and mythology created in the Queen of the Tearling, along with the gripping story of 18 year-old Kelsea taking the throne of a kingdom in a lot of trouble.

I've never really been one for beauty books but this is honestly a must-read. As a beauty fan, some advice can feel a little obvious, however Sali's is helpful whether you're an obsessive or a newbie. She covers all the basic beauty topics in Pretty Honest with wit and of course honesty.

Music: Drake, If You're Reading This It's Too Late

There hasn't been much that's stood out to me in terms of music this year but looking back through my library, the one mixtape I've not stopped listening to is Drake's If You're Reading This It's Too Late. It's not as great as Nothing Was the Same but it's a different feel and I appreciate Drake is experimenting with his sound. It jumps between different sounds and genres whilst still feeling like an album as a whole.

What are your blogging goals for 2016? What have been your 2015 lifestyle favourites?