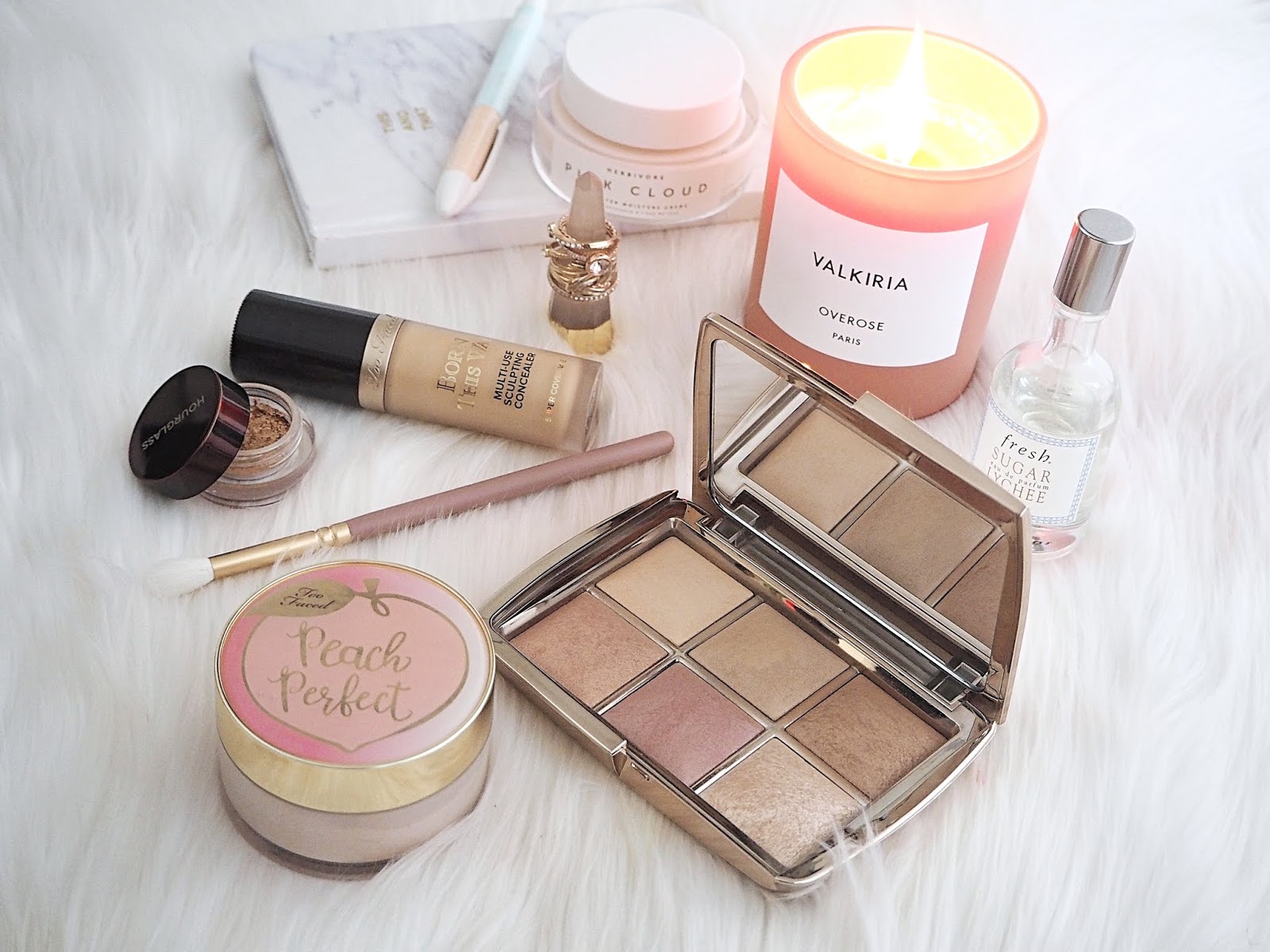 I know it's a cliche but it's a little surreal to be sat here another year old, writing another one of these posts as another 12 months have hurtled past. At the same time, I kind of believe it because so much has changed looking back at what I wrote back in December 2017. So, get a cup of tea and let's talk about how 2018 went for me, what my goals are for 2019 and my standout books, tv shows and other lifestyle favourites for the year!

If I had to sum up 2018 in one word it would be 'rollercoaster'! I'm trying to just trust my journey in life because so many things haven't ended up the way I originally wanted them to in the past, but here I am; doing fine, perhaps even 'living my best life' (I actually hate that phrase...) I definitely saw some setbacks in 2018 that have been frustrating, disappointing and actually pretty gutting but perhaps blessings in disguise. Although I'm definitely still down about some of these stumbling blocks, I hope that in the future I'll look back and be glad that things turned out the way they did!

I think 2018 was the year when I really worked out who and what is important to me. I feel so grateful to have the close, strong friendships I have and I think being single this year made me appreciate those people even more and very glad that I've always taken the time to maintain my friendships. I've been to two weddings this year; one of which I was a bridesmaid at, and it's been amazing to see the people I'm close to start these new, exciting lives. I'm really happy living in Birmingham and have met some pretty cool people here through work and blogging. I've also been travelling the country to see my friends and seen more of my family this year. I've also met someone really special and I'm so happy at the moment (trust me, it took a lot of toe-curlingly awkward Bumble dates to get there!)

I didn't actually buy a flat this year but having managed to get myself in a more financially stable position, I definitely want to and did get myself an agreement in principle. I guess I'm just waiting on having the security in my career to really cement my life in Birmingham and take the plunge. However, who knows what 2019 has in store for me...

In terms of personal pursuits; I got my ACII, which is the industry qualification I've been working towards for the past 2.5 years, I finished writing my first novel (read about the experience here) and started learning to drive. The book in particular has been an accomplishment I never thought I'd manage, as I've stopped and started writing so many times! Now, I'm embarking on the inevitably long and complicated editing process...

As I mention every year; I'm not really that fond of setting goals and resolutions but I do think it helps to focus your mind on a small number of things you want to achieve at a time instead of spreading yourself too thinly.

Right at the top of the list for me is getting my drivers license; I plan on booking my theory and starting work on that in the new year. In terms of the practical, I've just been focusing on building my confidence up so far as opposed to putting lots of pressure on myself in terms of the test, however I will see how it goes and get that in the diary once I feel a little more comfortable.

I definitely think career progression is high on the agenda this year and buying a flat kind of goes hand-in-hand with that. Whatever happens; I definitely just want to work out where I stand in 2019 and if I'm going to be in Birmingham in the long-term, which I hope is going to be possible for all the reasons I just mentioned!

I also want to finish editing my novel and maybe even approach some agents about it, which seems like an incredibly daunting task, however I can only try! I would obviously love to get published one day and I could do with dipping my toe into that world to get some feedback and guidance, as well as researching how things work. It's a minefield, though...

Film: BlacKkKlansman
This film was a really timely observation of race in America, with the usual Spike Lee flair. Although it's set in the 70s, you don't have to delve too deep into it to see how relevant this true story still is. It tells the tale of Ron Stallworthy; the first black officer in the Colorado Police Department, who somehow manages to infiltrate the KKK via phone and ropes his Jewish colleague into the undercover mission to pose as him in person to foil a terrorist plot their local chapter has planned. Yes, hilarity ensues, but it's almost that uncomfortable laughter. Although there are some straight jokes in this film; you'll also find yourself laughing and then wondering if you really should be or laughing out of pure discomfort. You'll also cry, get angry and feel a real spectrum of emotions during this film. As daring and funny as it is, it's also blisteringly real and asks questions that are just as relevant today as they were back then.

Film: Black Panther
Obviously, from what I just said, I think films about racism and history are important but I also think the pure escapism of Black Panther was a breath of fresh air this year. Personally, I'd definitely fallen out of love with Marvel in recent years but this film got me excited again. It takes place in the secret, technologically-advanced kingdom of Wakanda where T'Challa is the new Black Panther. The Wakandans both have to fight off those who want to use their resources for evil and decide how much longer they can keep Wakanda a secret if it means not helping the rest of the world. At the same time there are several challengers for the Black Panther title... I loved everything about this film; from the humour to the costumes and setting to the cast!

Film: Beast
I'm not sure why I haven't heard more about this film, because if you have similar taste to me; it has all the ingredients you want from a psychological thriller. The story takes place in an isolated island community (set during an ambiguous time period) and the main character is a sheltered young woman living with her overbearing parents. She's pulled out of her numb, mundane life when she meets the village outsider and they start a passionate relationship. Around the same a rapist and murderer terrorises the community and our main character goes back and forth over whether she thinks it's her new lover or if he's innocent... This film is the ultimate example of how to create and build tension; I couldn't take my eyes off the screen. I also think the way in which it's shot is so interesting - it's very sensory, visceral and immersive. It also brilliantly shows the main character mentally unravelling as you begin to question her entire version of events...

Film: Widows
I'm not usually one for action / heist films but I had to make an exception for director Steve McQueen and an all-female cast. There are some seriously impressive performances in this film about a group of widows from different walks of life who band together to pull off one last heist that their criminal husbands had been planning, in order to pay off debts to criminals and secure new lives for themselves. This all takes place against the backdrop of Chicago during a electoral campaign with two candidates who are hardly squeaky-clean. It's not only entertaining but deals with some heavy themes and showcases some amazing performances from the ensemble cast.

TV: the Haunting of Hill House
This is one of the most-hyped TV shows of 2018 with very good reason. Sometimes the scariest stories are the ones we can see a bit of ourselves in and that's definitely true of the Haunting of Hill House. The narrative is split between adult siblings in the present day and flashbacks to their childhood at Hill House. The horror seamlessly integrates real-world themes like substance abuse, mental illness, sleep paralysis and suicide with creepy long-haired women, long-dead spirits and bumps in the night.

TV: Dynasties
This has to be my favourite nature series by David Attenborough because it's so focused and narrative. Each episode hones in on an endangered species and, with the help of experts who have studied these animals for decades (I also love the 10-minute behind-the-scenes bonus you get after every instalment), really tells their story. My favourite still has to be Chimpanzee, as I found the social dynamic fascinating. However all of the parts captured some incredible moments and showcased some stunning footage.

Book: Why I'm No Longer Talking to White People About Race by Renni Eddo-Lodge
I've definitely consumed more factual books this year, so if you can recommend me any fiction you think I'd like - please let me know! This was definitely the standout for me of 2018 because it thoroughly paints a picture of race in Britain in a way that's easy to understand and goes right back to the root of the issue. If you've ever had a frustrating conversation with someone who just doesn't 'get it' or you're just exhausted of having to explain the entire history of race to someone because you called them out on a problematic remark: this book is what you need to point people towards.

Podcast: Atlanta Monster
I'd honestly never heard about the 1979-1981 Atlanta Child Murders until I saw a podcast was being created on the topic by the maker of Up and Vanished (another true crime podcast). It's less of a painstaking piecing-together of the evidence and more of an exploration of the themes surrounding the story and the backdrop against which the murders took place. It questions the police's narrative and handling of the case, whether all of the children were even killed by the same person and the political and racial implications of these crimes.

What have been your lifestyle favourites for 2018? Let me know about your experiences of 2018 and if you have any goals for 2019 too!