What to Watch, Read, Do & Listen To This Summer 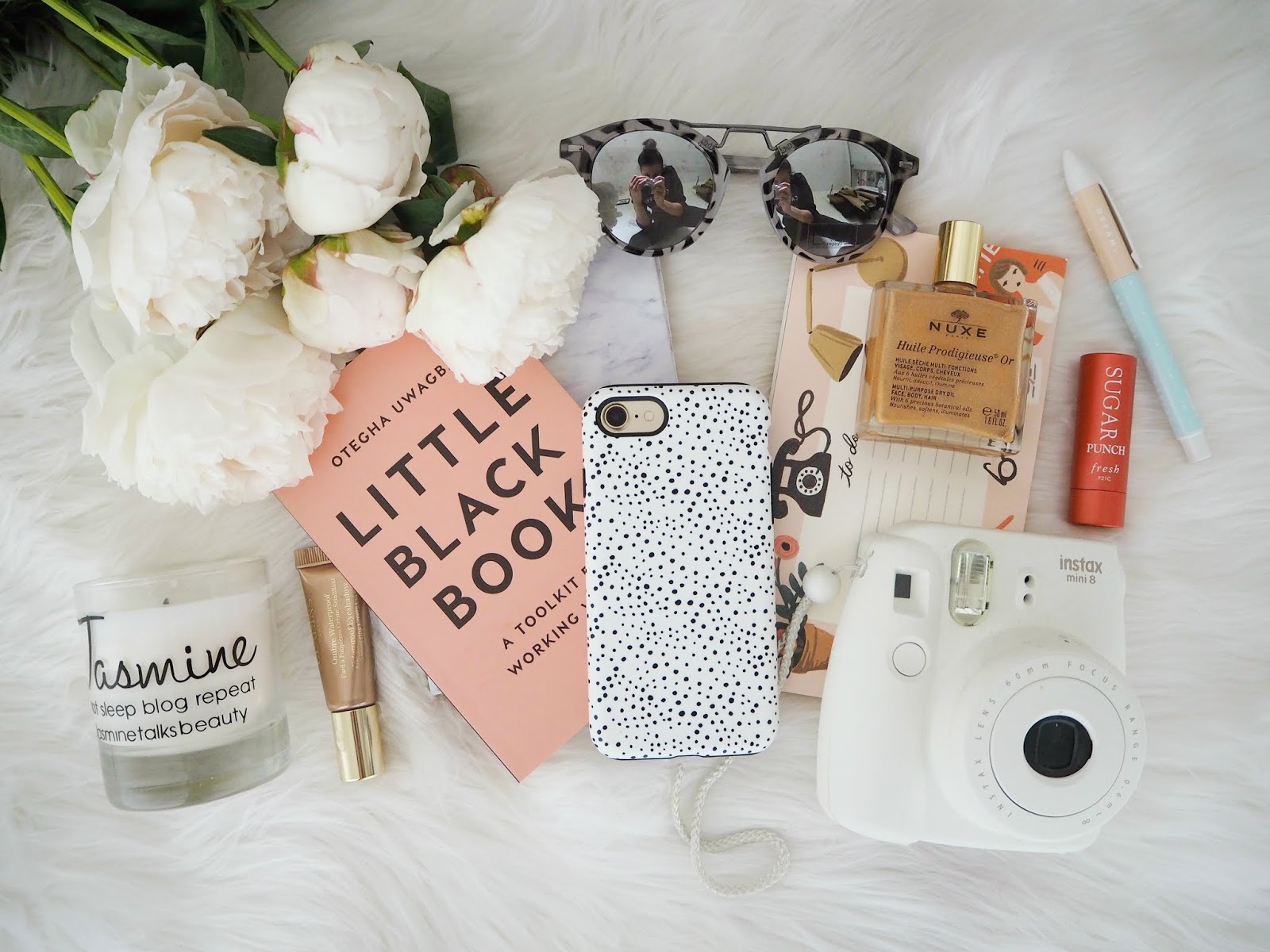 Today's post is something I've been wanting to do for a while and what better time than summer to share this? Whilst I'm long past the age of summer holidays (and I'm not a teacher!) there's something about the sun, the lighter evening and all of the fun events going that makes me want to learn and experience as much as possible. These are a few recommendations I have; whether that's books to read on holiday, feel-good Netflix picks, podcasts worth listening to, events to check out or skills to pick up. I hope it gives you some summer inspiration!

Unbreakable Kimmy Schmidt | Sadly this series is now over *sobs!* However you can catch all four series on Netflix which chart the story of Kimmy; a plucky woman who escapes a doomsday cult after 15 years of brainwashing and moves in with a flamboyant aspiring actor in New York to start a new life. Hilarity ensues! This is such a fun show and I love it's quirky, off-beat humour - you just get immersed in its world so quickly, though objectively it's downright bizarre and nuts most of the time!

The Good Place | If you like your sitcoms light and humorous with a little smattering of something deeper, then I really recommend the Good Place. It's a story with religious and philosophical themes told like your usual American comedy show. Kristen Bell plays a young woman who accidentally ends up in the Good Place when she's killed in a freak accident. She wasn't exactly an upstanding member of society when she was alive but sets out to prove she deserves a second chance.

Myths & Monsters | I'm a total nerd when it comes to folklore and mythology and how it interacts with recorded history! This Netflix series compacts these stories in themed episodes that are interesting, informative, visually beautiful and thoroughly entertaining. It takes you through many of the stories our society was built on. This focuses on European legends, however hopefully in future series they'll bring us tales from around the world, as I think that would be fascinating.

Pretty Honest & Pretty Iconic by Sali Hughes | If you have even a passing interest in beauty then Guardian columnist Sali Hughes's books are a must-read. Pretty Honest is a more general exploration of beauty topics; there's a chapter on eyebrows but also on feminism and makeup. I love Sali's writing style - it's informative without being patronising and there's something really friendly and familiar about her voice that comes through in these books. Pretty Iconic is a personal take on some of the most game-changing products of all time.

Big Ideas Simply Explained Series | If you've ever wanted to know a little more on an academic topic but haven't known where to start; this book series is for you! This series is pretty extensive now but the ones I have are: the Philosophy Book, the Politics Book, the Economics Book, the Religions Book and the Psychology Book. They're all fantastic and explain key concepts in an accessible way, with each idea being explained concisely over a page or two. It also puts things into context by showing how different ideas are connected and evolved over time.

Little Black Book | Otegha Uwagba | This is a quick and easy read you can dip in and out of as you wish. As a woman in the corporate world, it contains a plethora of valuable advice for me! This ranges from how to have a more productive day to public speaking to tips for self-employed women to self care. It's in bite-sized chunks and you don't have to read this in order. I really recommend picking it up if you want to wake up in the morning feeling like a Girl Boss!

Happy: Why More or Less Everything is Absolutely Fine by Derren Brown | I think this is about as close as I've got to reading a self-help book! This is an exploration of what happiness is, how humanity has viewed it and tried to achieve it throughout history and the key philosophical ideas about happiness. It's a very interesting read and it definitely changed my perspective.

Americanah by Chimamanda Ngozi Adichie | Ok onto my fiction picks! Where do I even start with how much I love this book...? I feel as though to call this a 'love story' is to over-simplify it but I suppose that's the common thread throughout the narrative. It follows two young Nigerians as they grow up, move apart, start new lives in different countries and experience love and loss. It explores race, the positive and the negative aspects of modern Nigeria, the immigrant experience and relationships (romantic to familial and also friendships). It's beautifully-written and really resonated with me.

The Power by Naomi Alderman | This is a really interesting speculative fiction read (you can decide if it's dystopian or post-apocalyptic or something else!) It imagines a world in which one day women began to gain electrical powers and the gender balance suddenly shifted in their favour - the narrative is told from multiple points of view in different countries around the world. It's an intriguing concept and explores many of the gender-based assumptions we make in a very clever way.

Children of Time by Adrian Tchaikovsky | This is a ambitious, epic science fiction tale about humanity's quest to find a new home after the earth becomes uninhabitable. I won't spoil the early twist but it's very imaginative and original. The story spans generations, yet is still told in quite an intimate way. The world-building really is incredible and the story is so interesting. If you're remotely partial to sci-fi then this is your perfect holiday read!

Photography | I really do want to use my camera for more than just my blog photography this year! Photography can seem so intimidating, but the best way to learn (outside of a course) is to get out and do it. It's so rewarding to see your level of skill improving and I think it does encourage you to slow down and be present in the moment. When we all lead such busy, stressful lives, so I think it really is important to appreciate those simple moments. I've actually picked up Read This if You Want to Take Great Photos just to learn a bit of the theory and technique behind what I'm fumbling around trying to do!

Yoga | I'm really not into the gym or sport in general but I do enjoy yoga. I'm quite lucky that they run yoga classes where I work, however I also just picked up a yoga mat from Amazon and tune into Yoga with Adriene to do it in my home in my own time. It really helps me to relax, as well as being a nice bit of gentle exercise.

Write a Book (no, really...) | You might not get this done over summer, granted, but personally those lighter evenings really do make me feel more productive. I'm currently 110k words into my first novel (which is crazy!) after deciding to focus on it last year, during which time I've done a little bit of work on it almost every single day. It's been one of the most difficult but rewarding things I've ever done! Let me know if you'd like to read more about my journey with some tips and resources for writers and I can do a whole post on it.

A Day Festival | I'm really not into camping so haven't actually made it to a full-on festival! However I do love a day event - they're cheaper, less messy and usually in the city. You get all of the amazing vibes without the hassle! My favourite is Love Saves the Day in Bristol whose acts have included Sampha, Fat Freddys Drop, Kano and Fatboy Slim. It's small and easy to navigate, plus has lots of less well-known acts so you can just wander around and soak up something new without feeling as though you have to rush to different stages. This year I might try Lovebox in London!

A Trip for Your Budget | As much as I believe you'll never regret spending money on travel, it's not always feasible to do something big every summer (or at all for some). I think the modern world has made it easier than ever to travel for less! Airbnb allows you to rent a room, flat, house or villa in the UK or abroad at such a low cost - particularly if there's a group of you. I always find the best deal on my flights using Skyscanner and if you're travelling within the country then there are a range of Railcards available. I also collect 2 for 1 vouchers for attractions such as theme parks, sea life centres and so on that you get from products like Carex hand wash. I often go from Birmingham to London and back again for under £20, I went to Budapest for 4 nights at a 5* hotel for £450 per person including flights, I've spent less than £70 for a return train from London to Paris and been to Amsterdam for under £100 in flights. Obviously all of this depends if you can be flexible on dates, however don't think the school holidays mean you can't bag a deal!

Stuff You Should Know | This podcast takes interesting topics and questions and tackles them in easy bite-sized hour-long episodes. It's wide-reaching and I don't listen to every single episode, however I almost always find something I'm interested in when I have a browse. It's very accessible and easy to follow. Some of the recent topics covered are 'was there a real King Arthur?', 'how the trickle-down effect works' and 'is vaping bad for you?'

The Bechdel Cast | This is one of my current favourites! If you're into films then I definitely recommend this because it's interesting, insightful and hilarious. It takes its name from the Bechdel Test - a sort of minimum standard for female representation in films, however the conversation is much wider and the hosts talk about all aspects of how women are portrayed. Films covered include everything from Star Wars to Frozen to Kill Bill to the Notebook and so many more!

What are your lifestyle recommendations for the summer?