My Week in Lipsticks #6 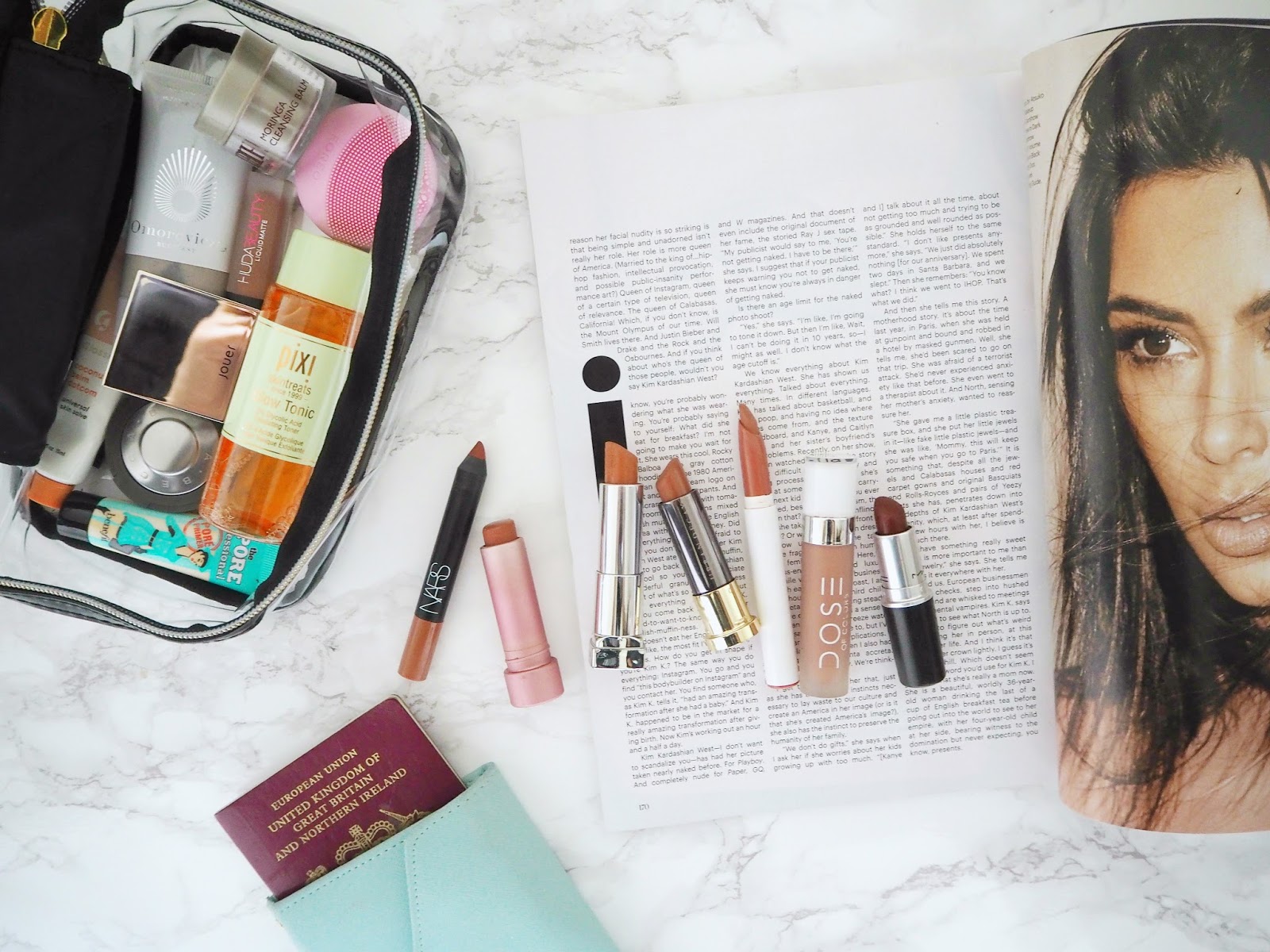 To say that Christmas and New Year were action-packed would be an understatement! I thought I'd do another of these posts (for the first time, this started on a Monday - I don't know why but that makes me pretty happy) taking you along with me on my adventures via lipstick...


Monday (Christmas Day): Nars Velvet Matte Lip Pencil in Walkyrie | £21 | On Christmas Day I was towards the tail end of a pretty bad cold, however I was just grateful things were getting better! My lips were definitely a bit dry, so I probably should've exfoliated before attempting a matte look, however the Nars formula is still pretty comfortable. It has a sort of stain effect so is a really low-maintenance way to wear red. It fades evenly and doesn't get mess, which is what I wanted really. The reddish-brown tone of this also makes it a wearable option.
I was at my grandparents' for Christmas with my mum, my aunt and her husband. It's always just a nice, relaxed day with my family. We start with a light breakfast and some prosecco, exchange presents (you can see what I got here) and have Christmas Dinner around half 1. I had a really great nut roast with all the classic Christmas staples. We then caught up on Top of the Pops, had a game of Trivial Pursuit and watched some Christmas classics on TV.

Tuesday (Boxing Day): Fresh Sugar Lip Treatment in Petal | £19.50 | Boxing Day was definitely a bit of a lazy one however I still wanted to get up and dressed and put a minimal amount of makeup on so I didn't feel like a total slob. I opted for my usual tinted moisturiser, cream blusher and sheer lip combination featuring my beloved Fresh tinted lip balm. I love these - although they're pricey, I've more than got my use out of them! The formula is just so creamy and nourishing and this adds a wash of warm pinky-nude colour.
Both myself and my mum got the train to my grandparents' and as there's no public transport on Boxing Day, we were a bit stuck! I guess the day moved by a bit quicker because I didn't actually get up until about 11am, which is pretty unlike me. However as I still wasn't 100%, I'm sure it did me good. After yesterday's matte lip, I was glad to be wearing something really hydrating!

Wednesday: Maybelline Creamy Matte Lipstick in Clay Crush | £6.99 | This was the day I hadn't been looking forward to! And with good reason, it transpired... I grabbed Clay Crush to throw on once I was on the train because it's a shade I can always trust. It's very comfortable and doesn't cling to dry patches on my lips. It gives a matte finish that lasts really well too. The colour itself is a very warm terracotta brown mid-toned nude.
Unfortunately I didn't plug in my phone to charge properly overnight and so it died before my alarm had a chance to go off, so I was out of bed with about 20 minutes to spare before we had to leave! Somehow I got up and presentable in time (luckily I'd had the sense to pack the night before) and got to the station in time. Unfortunately my train was then delayed, so I arrived in the office a sweaty mess, having power-walked with all my bags! The day itself was surprisingly hectic given the time of year, though I suppose I was the only one in on my team. I got a drink with a colleague at lunchtime which made me feel a bit better before heading home. I actually redid my makeup (considering how rushed I'd been that morning) before heading out to dinner with a friend at a really nice Thai restaurant in Birmingham called Sabai Sabai but I stuck with the same lipstick. I had a really nice evening catching up, however once I got home it was time to pack for Amsterdam!

Thursday: Urban Decay Vice Comfort Matte Lipstick in Carnal | £15.50 | It was finally time for me to fly out to Amsterdam with my friends on the Thursday! I opted for one of my signature lip shades because I wanted to look nice and knew we would arrive in the city and want to dump our bags before heading straight back out. This is a non-drying but long-wearing true matte formula. It has an opaque finish and the colour is this gorgeous deep reddish-brown nude.
My flight wasn't until mid-afternoon so I took the morning to finish my packing and laundry, as well as to take a few quick blog photos and play with some of the new products I was kindly given for Christmas. I had quite a bit of time to kill at the airport, as there wasn't really a queue to drop my bag or at security. Annoyingly my flight was then delayed by good old Flybe... however it was only by an hour, meaning that I actually arrived in Amsterdam at the same time as my friends. It's a really short flight from Birmingham - just an hour - so we arrived at the hotel around 7 and got changed before heading out for dinner. We had a really great meal at a Vietnamese restaurant called Bo Nam - we shared lots of little dishes and had a few drinks. We were wandering round in search of a bar when we literally just met some American tourists in the street and ended up hanging out with them. Our planned early night quickly turned into a half 4 finish. Whoops...

Friday: ColourPop Matte Lippie Stix in Brink | $5 | It was a bit of a scramble to be ready for our 11am check out! However, because I knew I wouldn't really get a moment to touch-up my makeup later, I just did a full face. One of my trusted lip colours is this one from ColourPop - it has a creamy formula, so isn't totally matte, however the finish is very opaque. The colour is a wearable taupe-brown with pinky undertones that lasts well on me.
We headed back towards Amsterdam Centraal and decided to kill some time with brunch, as the rest of our group were due to arrive early afternoon. We did go on a bit of a trek (with all our bags!) before coming across Cut Throat - a barber shop with a window straight through to a bar and restaurant... I had a really great plate of red velvet waffles with caramelised banana (check it out here, along with everything else we got up to). Our friends were delayed so we had a few drinks and spent a while in the restaurant before they finally arrived and we headed over to where one of them lives in De Pijp. The flat was pretty amazing! We didn't actually have long to relax there though, because of the delay, as we had tickets to the Anne Frank House for that evening. We had dinner somewhere nearby (called Bar Kitchen Tuin 10) - my food wasn't great but we didn't really have time to find anywhere else! Having read Anne Frank's diary when I was a teenager, this was one of the things I most wanted to do. Although I already knew a lot of the information surrounding her story, it was surreal to be in the actual building and hear the words from the people in the Annexe. It is obviously a tourist attractions so doesn't feel particularly intimate, however I still found the visit very powerful and emotional (though it was pretty cathartic to write in the guest book at the end).

Saturday: Dose of Colours Matte Lipstick in Truffle | £16 | We actually decided to have our big night out on the Saturday and do something slightly quieter for New Year's Eve itself, as there was a club night on that one of our group had been to and really recommended. We knew we'd have quite a bit of time to get ready beforehand, so I decided to do my makeup in the morning for the entire day and dinner and then change things up a bit for the nighttime. I decided to go with Truffle, a pinky-brown cool nude in one of my favourite liquid lipstick formulas. It's just so comfortable, but really long-wearing and totally matte.
We got brunch at a nice place in De Pijp called LunchKafe Klavern (I had a great walnut and goats cheese sandwich) before walking to Body Worlds. If you're not familiar with the concept, an anatomist called Gunther Von Hagens created a way of preserving the human body called plastination and has exhibitions showing our internal workings. Each floor explains a different element of human physiology such as the brain, circulation, pregnancy and so on. I found it really interesting and informative, as well as slightly surreal - I couldn't help but wonder who the people were who had donated their bodies and what their reasons were. The only part I wasn't keen on was that they tried to tie it all to the running theme of 'happiness', however it didn't work for me and just felt like random 'inspirational' quotes... Afterwards we had a few drinks at a wine bar and then dinner at Soi74 in De Pijp. It was actually a really cool atmosphere with great music and cocktails and I did enjoy my Thai food at the time, however I really didn't feel too good afterwards! By the time we headed over to Shelter (an underground house/dance club on the north side of the city), I wasn't well at all... I actually managed to power through after a shaky start and felt ok, so we still had a really great night, however it wasn't ideal!

Sunday (New Years Eve): MAC Matte Lipstick in Diva | £16.50 | After a very late night at Shelter, I didn't actually wake up until about 2 in the afternoon! So the first time I did my makeup was for the evening. I opted for the party makeup classic: Diva, a reddish-berry tone. It can be slightly drying, however I made sure to exfoliate and moisturise my lips first. However it does last extremely well, so I can't complain too much!
We had a lazy day in, alternating between watching new Black Mirror and re-watching Unbreakable Kimmy Schmidt, which I didn't feel as guilty about given that we were staying with friends. Still not feeling great, we got up and ready for dinner that evening at the Seafood Bar in De Pijp. It was a really nice restaurant, we had some prosecco and the food was lovely. We then went for a wander round the city to see the fireworks, however it was a little bit chaotic! Around Dam Square there were literally people throwing fireworks around in the streets... Just before midnight we got what I can only describe as a golf buggy made into a taxi back to the flat to watch the fireworks from a slightly safer spot. Because the flat was so high up and the windows were huge, we had an amazing view. One of our friends used to DJ so he got his kit out to play some music whilst we chilled out with some wine. Instead of making New Year's Resolutions, we actually make predictions about each other, ourselves and world events, so we did that too! 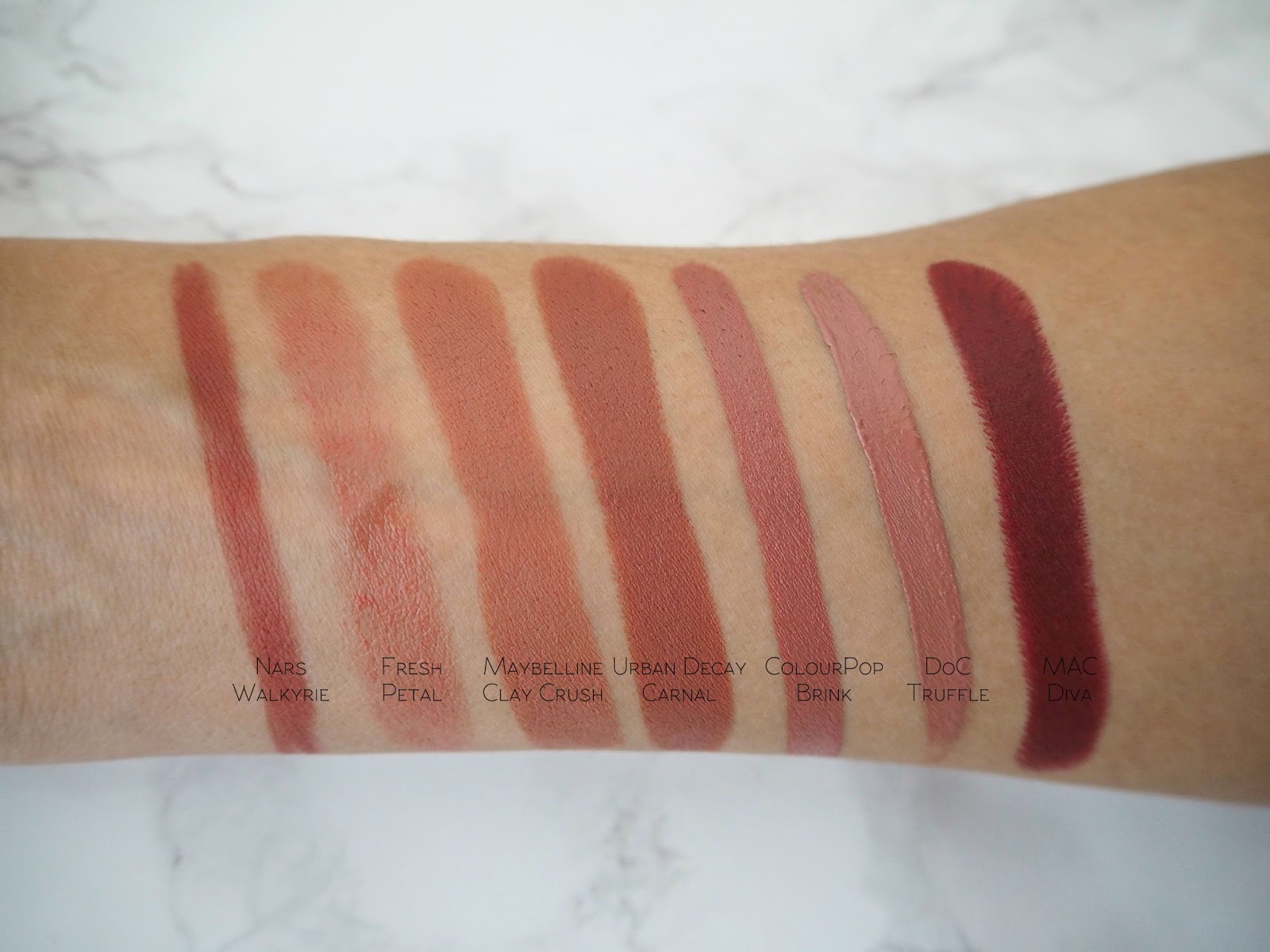 What did you get up to over Christmas and New Year?