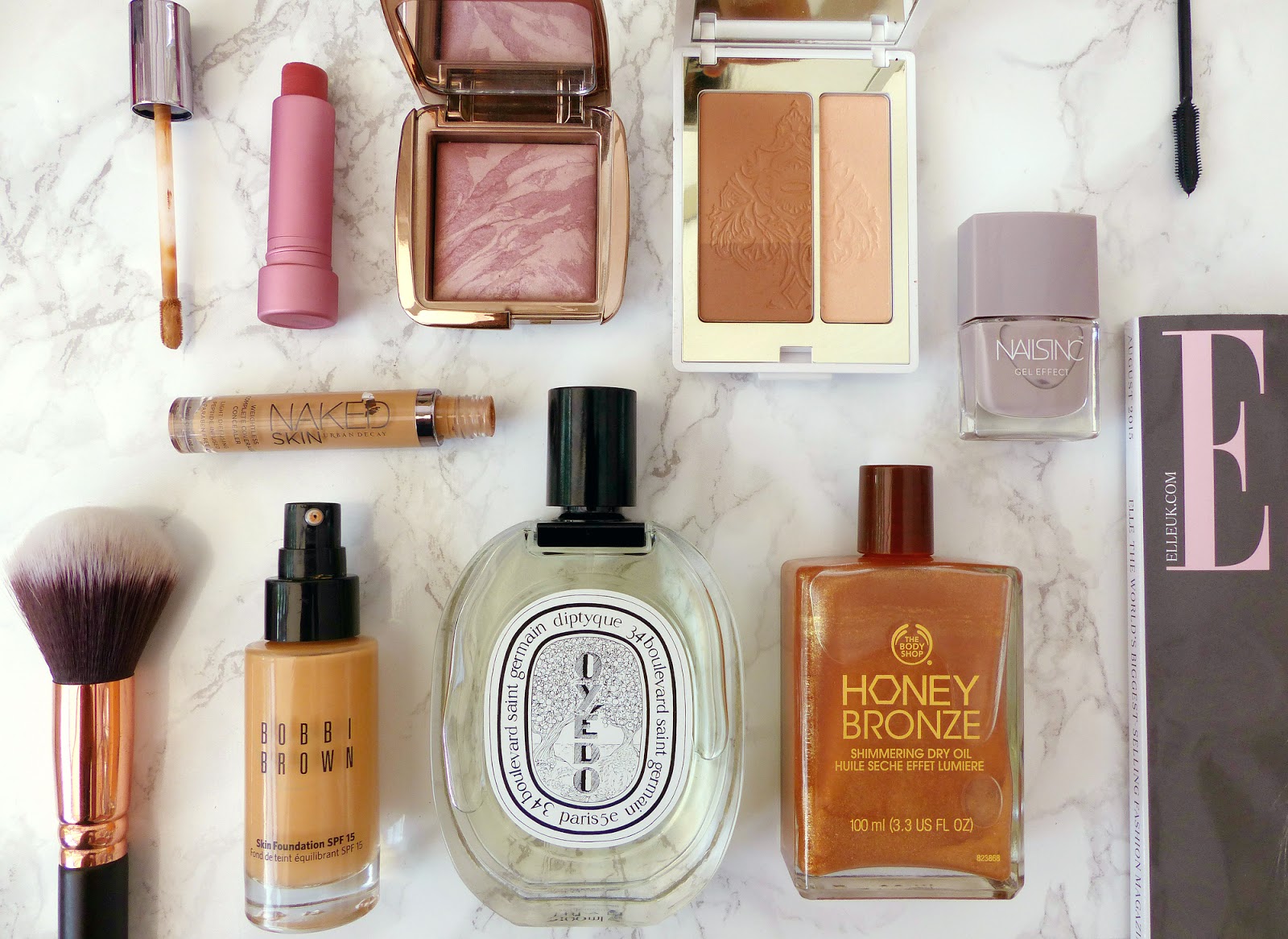 I've just touched down in Manchester from Dubrovnik. I will be doing a full post on my trip but I'm trying not to be too miserable to be back and I definitely want to get away again before the end of summer! I thought I would still fill you in on what I've been doing and loving this past few weeks.

I couldn't talk about what I've been watching without mentioning You Look Disgusting. You know something's gone viral when my boyfriend asks me on the bus if I've seen a video made my a beauty blogger! It really is incredible how the video has sparked so many people to share their experiences and feelings about their skin. Whilst it's awful to see the terrible things Em had said to her about her skin it was also inspiring to see who's laughing now and how so many people have drawn strength from the video.

I finished a whopping 3 TV series in June. First was Outlander then shortly after Game of Thrones. Outlander was so good to begin with (WW2 nurse time-travels back to 18th-century Scotland; works better than you'd expect!) but the second half of the season was a little patchy. Towards the end it seemed to be getting back on track before they threw in the most disturbing scene ever broadcast on television... Game of Thrones has been so much better this season than the last one. I pretty much just marathoned it as I hadn't been that interested when it came out. I gave up on the books after Book 3 but I do know that the TV show has now diverged a lot from its source. However again the last episode or two featured some very gratuitous sexual violence and humiliation. I feel like it's just becoming excessive that every TV show that wants to be ~edgy and ~adult throws in this sort of thing only to have the characters be fine and unaffected by it five minutes later. I'm not saying it should never be portrayed in fiction but it rarely seems to be handled well. Do you think there's too much (badly-done) sexual violence on TV? Let me know in the comments.

In complete contrast, I basically watched the whole of Orange is the New Black in one weekend. It was enjoyable enough but I feel like we were plodding along, waiting for it to kick off and it never really did. Plus there were so many unanswered questions at the end! My current TV show I have on the go is Humans, based around a future where humans are served by very-realistic-looking robot 'synths'. It's a very intriguing show and the tension has been built up so I feel as though now (4-ish episodes in) it's at the cusp of something big happening. It's well worth watching and I just love that people are making these big, ambitious series again as it seems like forever since we've had this type of show.

We've also got quite into Blinkbox, which is perfect if you missed something at the cinema you really wanted to see. Firstly we watched Ex Machina (staying on the robot theme!) which has to be one of the best films of the year, about a normal guy who wins a lottery at work to go and be involved in a project with the CEO of a Google-style search engine. This turns out to be him creating the first even Artificial Intelligence called Ava, who they to put to the ultimate test. It's quite a small-budget film without fancy effects or many characters however the performances of the 3 leads as well as the twists in the story and the intriguing questions it raises make this well worth a watch. We also watched Kingsman, which is the type of fun film I don't think we make enough of in this country! I think most of us wanted to be a teenage at some point and this is about a guy who gets put forwards to be part of the Kingsman Secret Service. It's really funny and just a very entertaining film all-round.

Just after my birthday I headed down to St. Albans where my boyfriend lives for a few days. I needed to be in London for something I will clue you in on next time, however I thought I'd make a little break of it seeing as I didn't really get to celebrate my birthday. I had such a nice time and of course it meant a trip into London! We went to the Japanese Restaurant Nizuni again for lunch, which does really yummy Bento and isn't too far from all the shopping. I stopped by as many shops as possible that we don't have in Manchester including Diptyque, Pixi, Liberty and Fresh Beauty before stopping for a couple of drinks in Marylebone. I also discovered I have hay fever for the first year ever after stopping at the flower displays in Liberty!

I've also spent a bit of time out and about in Manchester. A Turtle Bay has opened in the Northern Quarter and I'd never been to one before however after going for a drink after work there, I decided to re-visit and try the food with my boyfriend. The cocktails are great and affordable and there's just a really lively atmosphere, I liked the food a lot too (think canteen-style). It's all Jamaican-themed from the drinks to the food to the music and decor. I think this is probably my new place as it's also reasonably priced.

Speaking of food, my mum got an introductory offer for Hello Fresh so I decided to give that a go. Whilst it definitely took me longer than I thought it would to make my lemon and dill salmon, the instructions were really easy to follow and the food was so yummy!

Stay tuned for my little Dubrovnik holiday diary! In the meantime, which TV shows have you been addicted to lately? I'd love to hear your thoughts on You Look Disgusting too!