Save or Spend?: Garnier Micellar Water vs. Bioderma Sensibio H2O

Whilst in Croatia I picked up the cult cleanser: the Bioderma Sensibio H2O (250ml, £10). However the Garnier Micellar Water (400ml, £3.99) is a similar product and you get almost double the volume for more than half the price. I thought these wouldn't be the most exiting products in the world to review, so instead I'm testing them against each other to see how they compare... 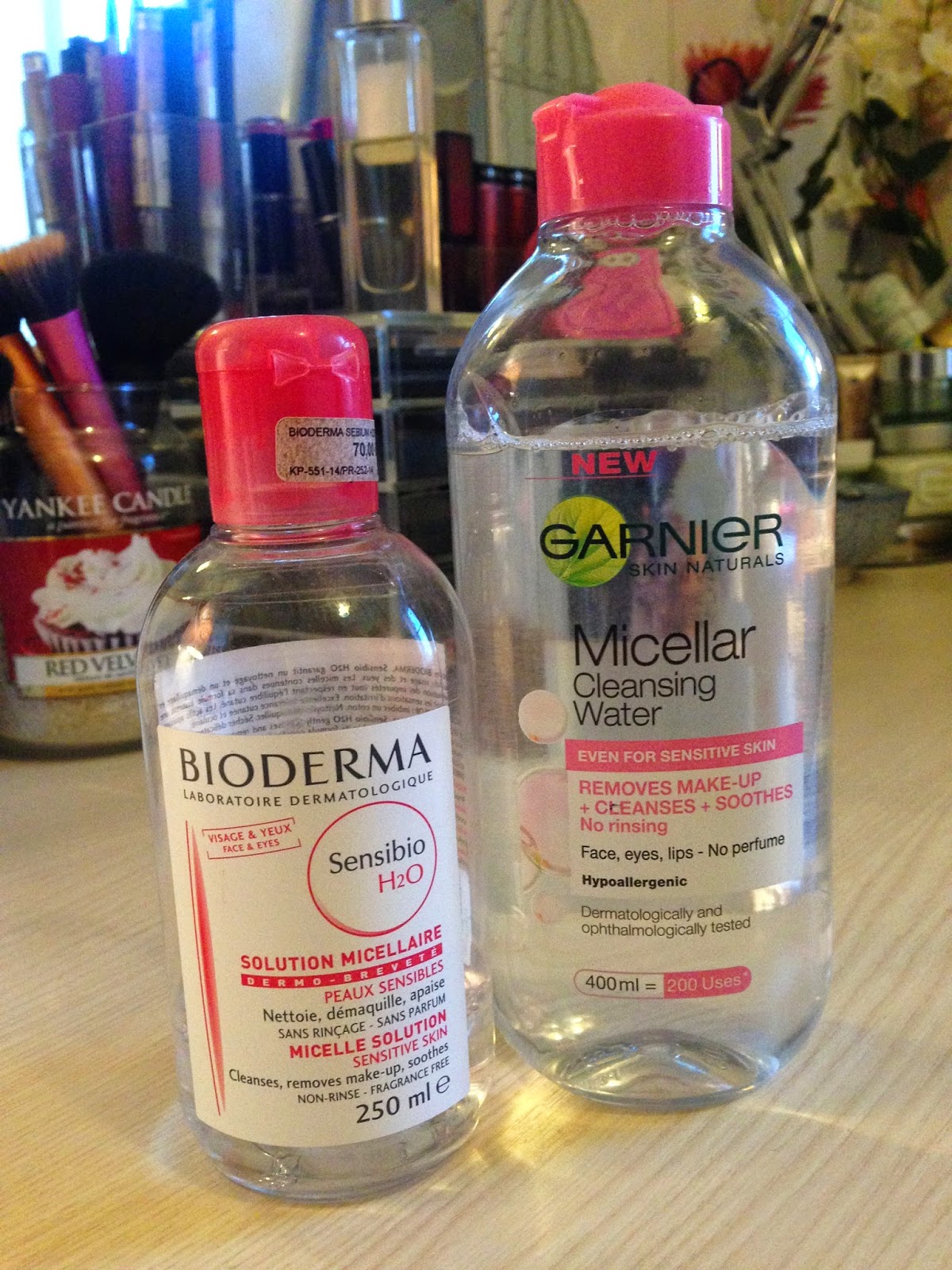 The packaging has a very similar feel; both are transparent with a similar font and pink top. I found both came out of the bottle in similar amounts (quite slowly, as obviously it's a water product so easy to get too much of).
Winner: Draw

I put this to the test but removing half my face with Bioderma and half my face with Garnier, then seeing how much makeup came off on each side when I applied my toner. As suspected, by the amount of the Garnier I've got through in this space of time, there was a good 50% more makeup left on the side with the Garnier. I also found it a little tougher to get off dark eye makeup with the Garnier. It does get it off in the end, but you have to use more of it. This for me is the major plus of the Bioderma over the Garnier.
Winner: Bioderma

They both were very gentle on the eyes and to the skin in general, though I'd say the Bioderma half of my face was a little softer afterwards.
Winner: Bioderma

Overall there are some differences, but the only draw back of the Garnier is that I find myself using a little more. However, if you do the maths even then it still works out as cheaper. For me they are similar enough for me to get the Garnier in future. I most likely will pick up the Bioderma again when I'm abroad and it's cheaper, but for me it isn't better enough to justify spending 4x as much. Though I do still like it very much, so if you prefer the Bioderma then it's still a favourite of mine that I'd really recommend!
Winner: Garnier

Have you tried both these products? Which did you prefer?