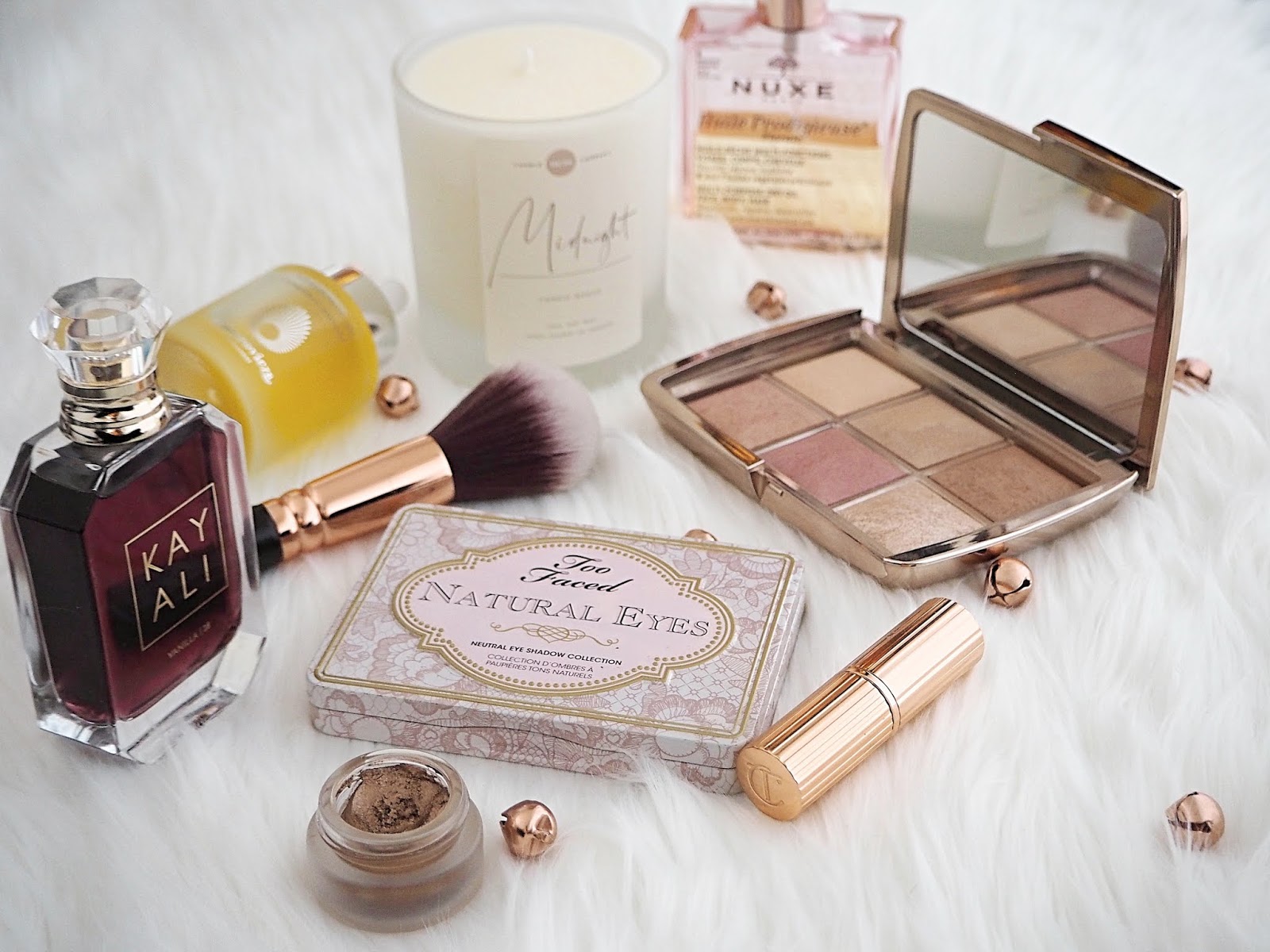 I think it's safe to say that 2020 kicked off to a hectic start! It's definitely been one of those times where everything seems to be all happening at once. Today I can share some of this with you (I was going to talk about my driving test, but they actually cancelled on me so now I have to wait a while for the reschedule and there's also something really exciting that I'll tell you about as soon as I'm allowed!) alongside my current TV, book and film favourites.

It feels like a long time ago, but I actually haven't done one of these posts since just before Christmas! I was lucky enough to be able to take all of the festive period off, finishing lunchtime Christmas Eve and not re-emerging until the 2nd of January! I honestly had such a lovely time off, though it was definitely a bit hectic travelling between where I live in Birmingham, to where I'm from in Manchester to where my boyfriend is from in Shropshire... This was actually the first Christmas we've had in Manchester (as opposed to my grandparents hosting in the midlands) in years and it was so nice. We had the usual day of eating, drinking, films and board games! I was definitely more involved in the planning and mechanics of the day, given my mum was hosting, but it's nice to put some work into it - it makes you enjoy the experience that bit more. After that, we spent some time with my each side of boyfriend's family, having dinners and going to family parties, which was really great. We then headed back up for a few more days at my home, we went out in Manchester and had a nice walk up in the Saddleworth countryside.

We finally headed back to Birmingham for a big old party on New Year's Eve with friends. It was honestly so much fun, though we were confined to the sofa for the whole of New Year's Day as a result... As I didn't get to see my closest friends in the madness of the festive period, we all had a chilled couple of days in Oxford during the first weekend of January. The vibe was eating: we got brunch at Bill's as soon as we arrived then, after chilling in a couple of pubs, we went for a meal at our favourite place in the city which is the Coconut Tree (Sri Lankan small plates that are very veggie-friendly), then the following day had a nice big brunch at my friend's house. Exactly what you need post-Christmas!

I know it's a total cliche to get into fitness in January, but I'd been wanting for a while to regularly go to yoga classes and this year it's finally happened! I've been going to a Monday night class at the building where I work, as well as to place in Digbeth called Sacred Space. Both are ridiculously convenient for me, and my boyfriend comes along in Digbeth as they do a beginner offer where you can get unlimited classes for 30 days for £30. It's been really great - I think my core strength and balance are slowly but surely improving and I find the meditation element really helpful for my stress levels at the moment. It just means I kind of have something on every night of the week!

Finally, by the time this post goes up, I'll be moved into my boyfriend's flat! It's been a while coming and I'm excited it's officially happening and I'm going to be in there permanently. At the time of writing this, it's the Friday before the weekend where we're moving it all across, which is going to be hard work. Wish past-me luck... We're also heading to Dublin on the 13th for a couple of days, so I'll do a dedicated post on that when we're back! It really is all happening right now...

Little Women | This is such a nostalgic thing for me! We went to see Little Women on Boxing Day and I read the book as a child and obviously have seen the 90s version, so I was looking forward to a 2019 take on the story with talented young actresses from my generation. It honestly did everything I wanted it to; Saoirse Ronan and Florence Pugh are really fantastic in their roles and I love the interpretation of the 19th century story for my generation and how it handled some parts of the book I didn't love so much. Obviously there's only so much you can do with a story set when it was, but I think it was true to the original text whilst making it feel relevant to me, as a Millennial.

Broken | This is a Netflix documentary series exploring the holes in the consumer marketplace. It covers off everything from the underground trade of dangerous counterfeit makeup to widespread toppling of IKEA furniture resulting in infant deaths to what really happens to your recycling. It's good, old-fashioned investigative content that exposes the industries it explores. If any of the topics sound interesting to you, definitely check out the episode on it to have your mind blown...

Don't F with Cats: Hunting an Internet Killer | I was actually already familiar with the horrific Luca Magnotta case, but I had no idea about all the internet sleuthing that helped to catch this murderer. This is a really fascinating documentary about how a group of normal people on the internet rallied together to hunt down a man who filmed himself torturing and killing adorable kittens, with nothing else to go off but the footage itself. However it's not long before he graduates to humans and a murder investigation and manhunt are underway...

Mindhunter by John Douglas & Mark Olshaker | I've been meaning to read this book for ages, but didn't because it wasn't on Audible. I actually decided to just pick up a paper copy and it made me realise how much I like a physical book! I'm about halfway through this one but it's absolutely fascinating (the Netflix show of the same name is loosely based on it). It charts the true story of how criminal profiling came to be, how the information gleaned from crime scenes can lead to conclusions about the perpetrator and shares the interviews the team carried out with serial killers during the 70s and 80s and the insights they gained from them. It's a must-read for any true crime fan.

How was your festive period? Did you discover any good tv shows, books or films?