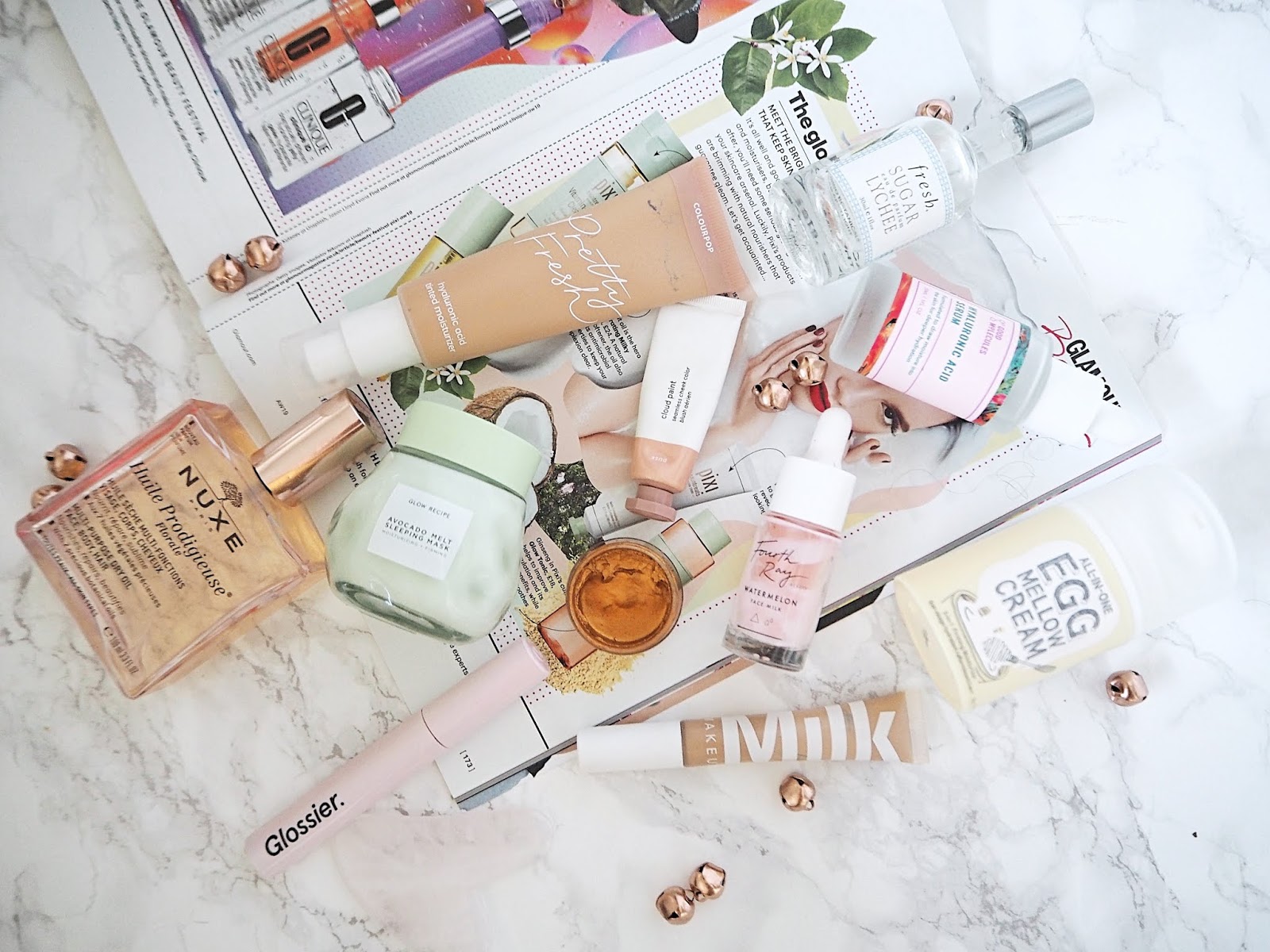 Christmas is almost upon us - can you believe it? 2019 has flown by for me and the next time we catch up it’ll be 2020. Even just typing that feels nuts. For today, I’m going to have a chat through what I’ve been up to lately and my top lifestyle recommendations over the past couple of months...

This second half of autumn has just been a really good time for seeing family. My mum has been to visit me here in Birmingham for the day, which I really appreciated. We had a lovely brunch over at the Ivy Birmingham, which was a beautiful place with such great food and cocktails (that also weren’t as expensive as I’d expected). I also went back home to Manchester one weekend last month, which I’ve really not done enough. But this year we’re having Christmas at my family home in Manchester for the first time in years, which I’m really excited about! My grandparents also recently moved house, as they’re getting older now, so I went to spend the day with them in their new town and to see their new home, which was really nice. I’ve also spent quite a bit of time with my boyfriend’s family, which was really valuable for getting to know everyone a little better - after all, going forwards we’re probably going to be spending quite a bit of time together!

As always, I’ve also spent quite a bit of time in London seeing friends. A close friend of mine recently moved to Wimbledon, so myself and my boyfriend Jack headed down to visit them, see their new place and have a wander around their new home. On Saturday night we met with more friends for dinner centrally at a restaurant called Bancone. I was so impressed with this place! (Though do note, we booked over a month in advance and still could only get a table at 6pm.) It was definitely cosy, however the food was excellent; it’s a modern Italian with beautiful flavours and plenty for everyone, whether you’re a meat-eater, veggie or vegan. It also wasn’t too badly-priced for central London. On Sunday we had a wander around Wimbledon Village before getting the train home. There was a brilliant farmers’ market and I had to stop myself buying something from every stall! We ended up with pastries and some great cheese to take home, plus we had the best vegan potsticker dumplings ever... A couple of weeks later, I was back to see more friends - we honestly hadn't got together for ages so it was so great to have a good old catch-up over a few bottles of wine.

The Mind Explained | This is a fascinating little Netflix series made up of quick-hit 20-30 minute episodes focusing on different aspects of the human mind, such as memory, what mindfulness does to the brain and so-on. It’s entertaining, accessible and incredibly interesting, intermingling studies and experts with great graphics to give you information that’s surprising, interesting and actually really stuck with me. Maybe they used some sort of memory technique in how they presented their information! I really recommend this series; you don’t need to watch it in order or even in its entirety; it’s manageable, bite sized information you can take in at your own pace.

The Devil Next Door | Clearly my Netflix love affair is back on (after I considered just cancelling it a couple of months back because it had increased in price and I felt I’d exhausted the content I was interested in). This is a mini documentary series chronicling and incredible story I’d somehow never heard of (isn’t that always the best way to watch these things?) In the 1980s, a Ukrainian immigrant is living the middle-class American dream in the suburbs. However that’s all shattered when he’s extradited to Israel, accused of being the infamous Nazi gas chamber operator at Sobibor Ivan the Terrible. This documentary heavily features footage from his trial, as well as interviews from all sides - those putting him on trial and his bewildered American children who can’t comprehend their father could ever have committed the atrocities described by the Holocaust survivors in the dock. Mild spoiler alert: there are no clear-cut answers in this case but it truly is fascinating and frustrating to watch the story unfold. It’s very difficult to bring a new, fresh perspective on the WW1 / WW2 documentary genre and to tell a story everyone doesn’t already know, so kudos to the makers of this documentary for offering something so compelling.

Unbelievable | In all honesty, my mum had recommended this mini series to me on Netflix about three times before I finally sat down to watch it, but it was well worth checking out! Though please be warned; the series and my following discussion of it could be triggering for some (regarding sexual assault). It feels like a very relevant story to tell right here and right now. It initially centres around a troubled young girl who has been in and out of foster care for most of her life and is finally out in the world on her own. The first episode opens in the aftermath of her having been subjected to a brutal rape. The police begin to investigate but something seems a little... off. It’s pretty clear Marie has issues, but are the changing details of her story a result of stress and trauma, or is the entire thing a story concocted for attention or a figment of her disturbed imagination? The series follows both Marie’s life after the incident and the police investigation. I won’t say any more because that would spoil it, but it’s very well-acted with complex, compelling characters and the story itself keeps you guessing and feels very emotive to me as a young woman in 2019.

Book Smart | I really wanted to see this film when it came out at the cinema, but it felt like it was gone in a flash, so I caught it on Sky Movies a few months later. It’s that rare 2010s take on the classic teen movie; it’s very smart, it’s very relatable, it’s very funny and it’s so Gen Z! It centres around the relationship between two friends who have spent their entire school lives doing what you’re ‘supposed’ to do; studying hard to get into a great university instead of partying. However... as they embark their last summer before adulthood beckons, they realise they haven’t exactly experienced high school to its fullest, so decide to go all out on the last day of term and party all night. Obviously things don’t exactly go to plan (logistically and romantically...) and hilarity ensues. I feel this film is such a breath of fresh air; one of the main characters is LGBT+ and that’s cool, it’s not a source of conflict in the film, the secondary characters feel really fleshed-out, well-rounded and have their own motivations. Then the main characters also go on a real personal journey. I absolutely loved this small, self-contained film.

That Chapter | As I’ve mentioned many times on this blog; I’m pretty into my true crime. I recently stumbled across a channel which I’ve since totally rinsed of content called That Chapter. Mike is the host and he does 15-ish minute videos focusing on specific cases, both solved and unsolved, well-known and little-known. It’s actually incredibly frustrating at times because you don’t always get a nice ending where the villain is brought to justice; he often discusses where people have just disappeared, seemingly into nothingness, and looks at what the potential explanations could be. He does a great job of shining a light onto less publicised disappearances and putting together footage that brings the story to life. Who knows; maybe one of these videos could even lead to updates in some of the cold cases he talks about. This channel is a must-subscribe for mystery and true crime fans.

What have you been doing, listening to and watching lately?