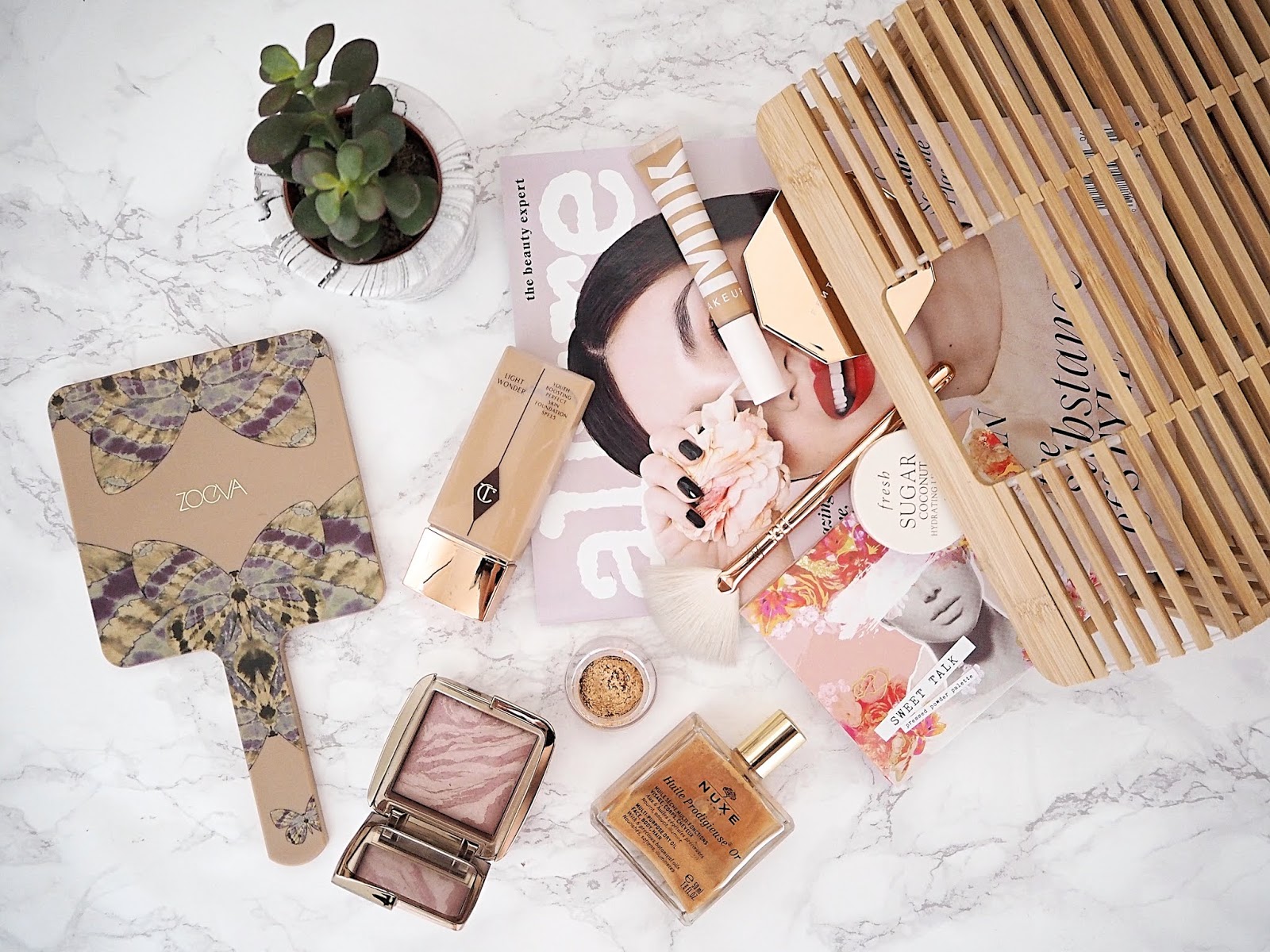 It's Sunday and time to have a bit of a general chit-chat about what I've been up to recently and for me to share my favourite books, tv shows and other lifestyle favourites over the past few weeks.

As I mentioned last time; I've started a new job! My former company gave me a good send-off on the Friday (which ended pretty messily...) and I started at my new place the following Monday. Doing something new and taking a plunge into the unknown can be terrifying but I generally like change and that has guided me pretty well in life so far. I definitely wasn't unhappy or hating my old job; just a bit frustrated so it was a really hard choice to make. However I just feel like my new company is a much better fit in terms of the culture and opportunities it presents for me, which feels pretty exciting. I definitely have a lot to learn, however that's what makes me tick so I'm just trying to take in as much as possible. I guess what I'm trying to say is: don't be afraid to take chances or you'll risk wondering what could have been.

I've felt super busy recently with friends, family and my boyfriend but there are a couple of events that were well worth talking about! The first was seeing Childish Gambino (AKA Donald Glover) in London at long last, after the original November date was rescheduled. What I really liked was that the This is America Tour wasn't to promote a particular album, so it was a really good mix of new and old tracks. My personal favourites were Sweatpants, Terrified, 3009 and Redbone - he honestly gave it his all in terms of the energy and pure physicality of the performance! A bit of a different event I also enjoyed recently was the grand opening of the new Primark in Birmingham, which is now the largest in the world. I went with Dorota from Beauty Drama Queen and Duck and Dry Xpress. It is honestly like nothing I've ever seen before! There's floor after floor with everything from a vinyl / music / electronics department to a giant homeware section to a Disney-themed diner to a fully kitted-out beauty salon and more! Obviously when we were there in the almost-empty and freshly-stocked new store; we went a little bit nuts...

It may be miserable at the moment but we had some gorgeous weather in the UK over the long Easter Bank Holiday weekend! It was absolutely beautiful and we made the most of it with trips to Sutton Park, Lickey Hills and various country pubs / outdoor bars. It honestly felt like being on holiday and I'm praying for a summer that's even half as brilliant as last year's!

I also recently went to Barcelona - I'm actually going to write a full blog post about it, so stay tuned! If you'd like to check out my Instagram posts in the meantime, take a look here.

Us | Have you ever had a film creep into your brain and lodge itself in there for a good few days? Because that's what Us did to me... I absolutely loved Jordan Peele's Get Out and, after it's massive success, he came back with a bigger budget and even bigger expectations. I'm going to just flag that there will be *THEMATIC / PARTIAL SPOILERS AHEAD* because I can't talk about this film and what it meant to me without hinting at some of the revelations that come further down the line. Essentially a seemingly happy and normal middle-class family have their holiday interrupted when their lodge is set upon by their doppelgangers... It's a home invasion film turned zombie apocalypse film turned social commentary. It ramps up the tension and the mystery throughout the narrative but the real twist is that nothing is what it seems. This film is about the haves and the have-nots, about the invisible suffering that allows those of us with privilege to lead the lives we do, oblivious to those who are starving so we can feast, it's about how no one can work their way up without having to step over someone else, it's about the darkness that lives within us, it's about nature vs. nurture and so much more. Knowing the ending, I'd actually love the rewatch the film from the different perspective I now have on its events; I think it would create a totally different experience. I think some people online are getting too bogged down in the logistics of how the film's universe works; to me it's irrelevant because it's meant to be symbolic to allow you to fill in the gaps with your imagination. It's intended to leave you asking questions, as opposed to feeling satisfied with all the loose ends nicely tied up. This is easily my favourite film of 2019 so far and we need more films like this that make us pay attention, that deliver a message and that make us question the real world.

Annihilation | This film didn't get much of a theatrical run and was quietly released on Netflix a few months back, which was kind of surprising as it stars some pretty big names like Natalie Portman and Oscar Isaac, however I believe this was due to the studio trying to meddle too much with the director's vision. That doesn't really surprise me because this is a complex, bold, multi-layered film that I can imagine would be a nightmare to market! A clue to the central theme of this sci-fi / occasional horror film is the meaning of its title: annihilation means complete and utter destruction, but it also refers to a process in physics where two opposites come together to produce something new entirely... A group of self-destructive women venture into 'the Shimmer' - a mysterious (and expanding) veil into another existence, from which no one has ever come back, and interesting things start to happen. If you like those films that leave you puzzling over them and Googling endlessly for articles interpreting the ending: this will be right up your street!

Avengers: Endgame | I won't lie: besides Black Panther I've really not been that excited by any superhero films in recent years and this film is a whopping 3 hours long... However my boyfriend was super-keen to see this so I reluctantly watched Infinity War with him and actually rather enjoyed it, so we headed into Endgame a week later. This film definitely had a more serious, philosophical tone and the stakes were higher; there were real losses and people who couldn't just be 'brought back'. At the same time it was still funny, still had all the cameos you wanted and provided a fitting ending to the story. My only question really is: where does Marvel go now? For the characters with future films in the works, the stakes just aren't going to feel that high in comparison to this huge culmination of everything that these dozens of films have been building up to.

Creed | I think this film truly does show that great cinema just transcends. To give some context: I'm not into sport, like, at all. I don't think I've ever really watched a boxing match - I haven't even seen Rocky! However the energy, the tension, the atmosphere and the exhilaration of the final fight scene sent shivers down my spine, my nails were embedded in my palms... It's just excellent filmmaking. So, if you don't think you'd enjoy a boxing film (or an F1 film - in the case of the also-brilliant Rush), I think you might be proven wrong by Creed. This is the story of the son of Apollo Creed, who defeated Rocky in the original film. Adonis sets out to make his own mark as a boxer with Rocky as his trainer. Whether you're new to the franchise or a long-time fan of these films; I think there's something in this film for everyone.

Game of Thrones Season 8 | 8 years of Game of Thrones and it's finally coming to an end! It's not until you go back to the first ever episode that you realise quite how much has happened since then. I won't say Game of Thrones has been consistently flawless throughout but overall it's been an incredible ride with a few final twists to keep things interesting. Personally I'd have preferred if the White Walker storyline and the political clash over the Iron Throne had been tied together in an epic culmination! However hopefully there'll be some action still to come. There's still tension, still characters turning murkier by the minute and still unfinished business... If you never got into this show: it isn't too late and I totally recommend starting from the first ever series.

What have been your favourite tv shows, films, books etc. recently?