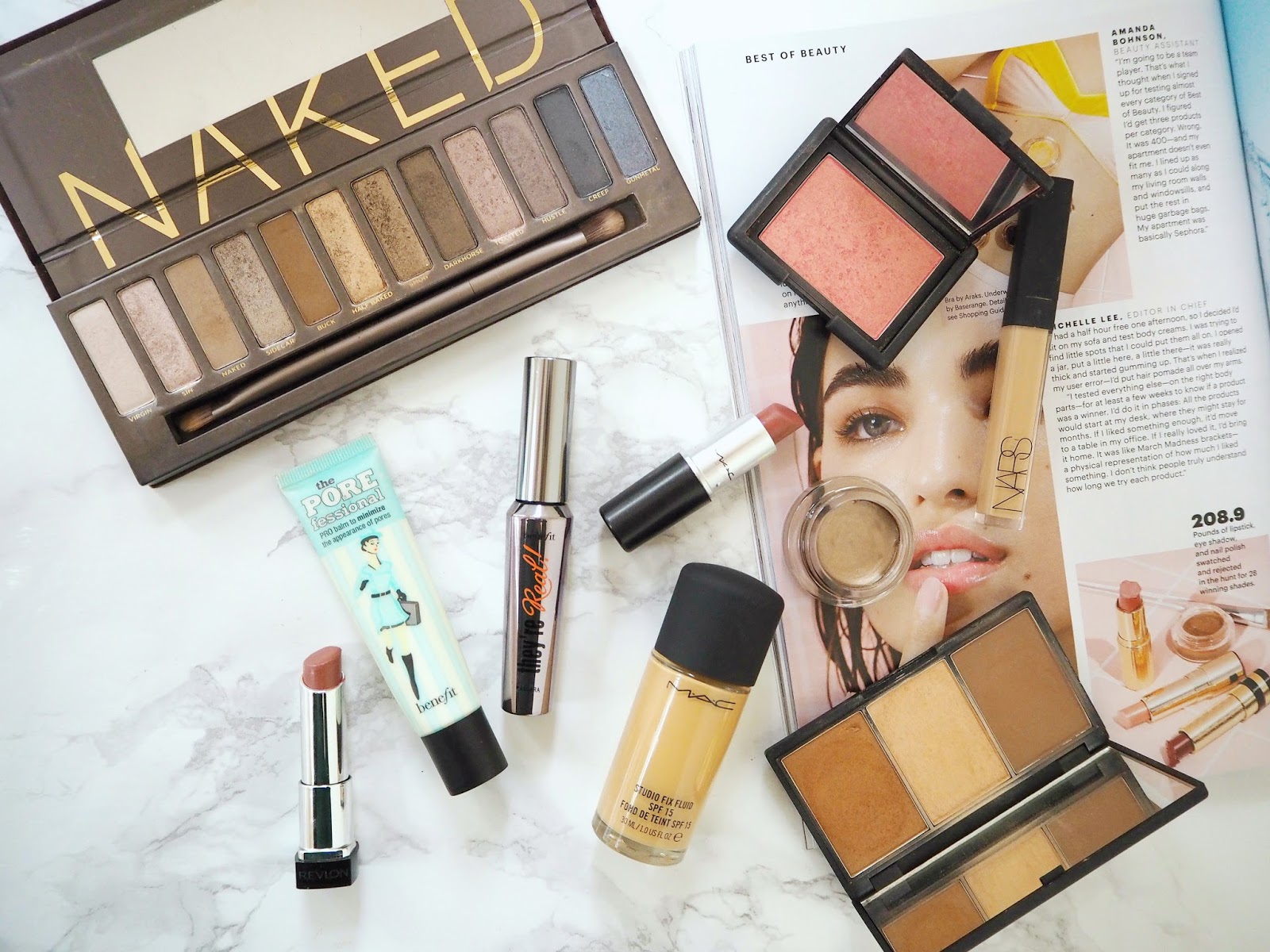 I feel like my blog is finally old enough for me to have a rummage through the archives and pull out some of my OG favourites to see if I still love them or if I've moved on to other things...


Benefit the Porefessional | £26 | This is one of those products I feel the blogging community has really turned against, however when I first picked it up, it was EVERYWHERE! Essentially it's a primer / pore balm that's intended to smooth the skin and prep it for foundation. This was one of the first ever primers I used - before the Porefessional, I really didn't understand the point!
I used to use this all over my face, which I don't do any more because it is silicone-based, however it does still have a place in my makeup collection. After priming, I just add a little bit where I have enlarged pores and it does an amazing job of just smoothing things out and stopping my foundation settling into them and making things look worse. It might not be a 'cool' product any more, but I still like it, though I've found it works better when you don't see it as a traditional primer.

MAC Studio Fix Fluid* (NC37-NC40) | £23.50 | MAC is currently running a campaign around rediscovering Studio Fix Fluid and sent this over to me. It's such a nostalgic product for me because it was my first 'proper' foundation - I felt like such a grown up when I went and was shade matched and got a real liquid foundation that actually matched my skin tone (NC37 in the winter, NC40 for summer). It's a product that's seen me through university because I wore it for every single night out!
But how do I feel about it now? Well, I still think this is a very well-priced product, coming in neatly below it's competitors like Estee Lauder Double Wear and Nars Sheer Glow. It is annoying that it doesn't come with a pump, though you can buy this separately and just reuse it when you repurchase. It does also have a slightly odd scent to me! Having said that it's just a great medium-full coverage option and I've really enjoyed using it recently. I like to apply it with a blending sponge and it has a nice, satin finish (neither dewy nor matte). It's long-wearing, though I do powder around the t-zone. For me, it's still a classic!

Nars Radiant Creamy Concealer (Ginger) | £24 | This product was such an investment for me when I first picked it up - my eyes watered at the price! In all honesty, the tube doesn't last that long, so I'd still say the cost per use isn't great. However there was a time on YouTube where this was all anyone featured in their tutorials.
I think this was one of the first creamy tube concealers I ever tried, so I have to give it its due: it's a liquid product that can be used to brighten under the eyes and also has amazing coverage, so can be used for blemishes. It's pretty long-wearing and crease-resistant, however for me, it can be a tiny bit drying at times and there are other products out there that I now prefer. For a long time this was my holy grail but I discovered the Urban Decay Naked Skin, and that totally overtook it. This year I'm all about the potted Soft Matte concealer from Nars and I actually don't see myself repurchasing this any time soon.

Sleek Face Form Palette in Medium | £9.99 | For a really long time, Sleek did the only contouring palettes on the market for a reasonable price. They also came in a range of colours for different skin tones, which added to their mass appeal. This Medium version contains a cool (but not grey or ashy) matte contour powder, a pretty, warm champagne gold highlighter with a beautiful soft sheen and a shimmery orange-gold bronzer (which I've never really used).
I don't really reach for this product any more, but, as you can probably see, it was very well-loved at the time (the highlighter has a huge dent in it). I think it's more to do with the fact that I don't really contour these days than anything else - and if I do for a special night out then I'd usually use a cream product. I do still think this is a good product, especially for the price, and the powders are pigmented and smooth in texture. The contour is great for a defined, dramatic look and the highlighter is a beautiful colour for a warm, summery makeup look.

Nars Orgasm Blush | £24 | When I first got into makeup, this was THE blusher to have - it was the best-seller, had a risqué name, supposedly suited every skin tone, all the celebrities had it in their makeup bags and so on. I built up the courage to make the splurge when ASOS had a special bonus discount for students because I had to capture a bit of that magic! It's a warm peachy tone with a golden sheen running through it. It's nothing 'glittery' or gritty, but it gives you an intense highlight. As you'd expect from Nars; it has great pigmentation and I have seen a lot of different people wearing this who have various colourings and it still looks flattering.
I think if any product can be accused of being a bit overhyped, it's probably this one! It had such a cult following at one time and I was part of that but now, whilst I wore it a lot in the past, I just think there are much better blusher tones for me out there. I do still think Nars blushes are amazing and this is a lovely colour, however it's not necessarily going to be The One for every single person out there. Personally, I don't reach for it that much any more.

Urban Decay Naked Palette | £39.50 | I'd never owned a high-end eyeshadow palette before this one. When I got a Debenhams voucher for my birthday, I knew exactly which one I wanted to treat myself to because the Naked palettes were worshipped all over the internet. The original was the natural choice for me because it contains the warmer tones that tend to suit me best, though I do wish they'd update it to the new packaging because the felt just isn't for me... Of course the quality of these shadows is excellent - and at the time I'd never tried anything on this level - the mattes are smooth and creamy and the shimmers have amazing opacity.
Whilst there are still one or two shades (like Smog, Dark Horse and Half Baked) that I'd still pick up this palette to use, ultimately I've tried a lot more products now and I've just found ones that are better for me. You have to give the Naked credit where it's due - it was one of the first eyeshadow palettes that took things beyond just the minis and quads of brands like Chanel and the shades appeal to so many people. The colours can take you from day to night, with a great spread of mattes and shimmers, lid colours, highlights and smoky shades, so you don't have to use anything else for your look. But, since getting more into makeup, I just have other pre-made palettes from Stila, Zoeva, Lorac and other brands that I reach for more often. 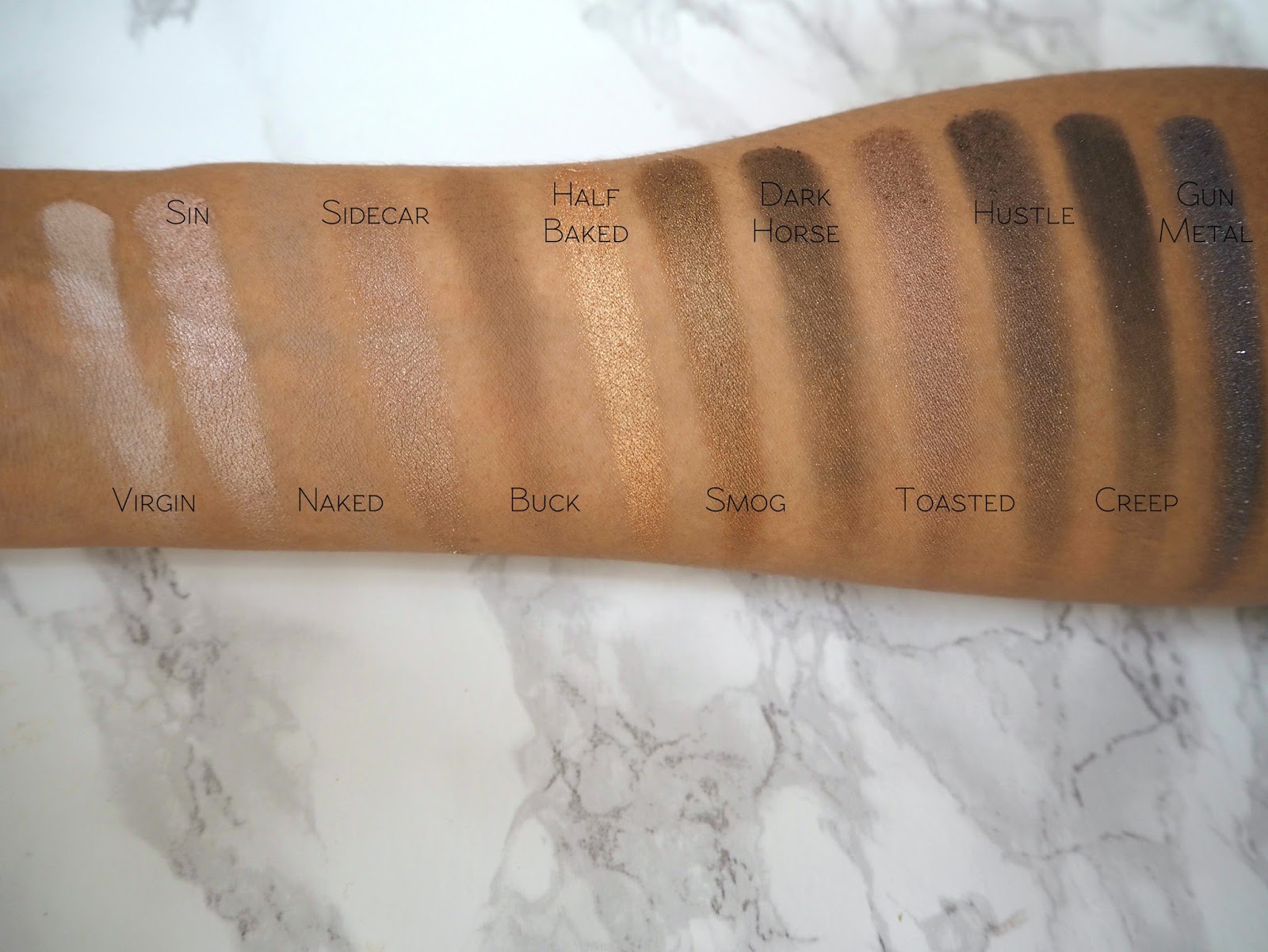 Maybelline Colour Tattoo in On & On Bronze | £5.99 | These cream eyeshadow have had a cult following for years, though the shade range in the UK is sadly still quite limited. Because of the affordable price-point I picked this up in a good old Boots 3 for 2 and never looked back! Whether for a casual beach day, to wear to the office when getting ready in a rush or as a base for a bronzed smoky eye - it just always seemed to do the job.
Spoiler alert: the product pictured is a recent repurchase, so that says it all really! I rarely use up eyeshadows and this is one of the few that I have. I don't reach for this quite so much as I once did, however I still kind of judge all cream formulas by this standard because it's just CRAZY long-wearing. It doesn't crease or fade throughout the day and it's just so affordable. There are luxury and high-end products that don't measure up to this formula-wise that I've tried. This colour is also a perfect everyday metallic brown-bronze.

Benefit They're Real Mascara | £20.50 | I actually first got this for my birthday - it seemed such an obscene price to pay for a mascara but I think I'd been well and truly sucked into the claims that it gave a false lash effect and was the UK's #1 mascara. It gives amazingly separated, long lashes, as well as a little bit of volume and has a plastic brush. It was my absolute go-to for every single night out.
I actually still use this mascara - it's not a totally essential 'can't live without' product, but if I'm in Duty Free, I always pick up a fresh tube. Whenever I go back to it, I'm pleasantly surprised at how much I like it - I love that separated, long false lash effect and now I use it for day and night. It's smudge-proof and doesn't flake. I know a lot of people find it tricky to remove but I never have this issue (probably because I use oil-based cleansers).

MAC Satin Lipstick in Twig | £16.50 | I think this was my second ever MAC lipstick and at the time, it actually wasn't a well-known shade at all (though it's since increased in popularity). I just wandered over to the counter and tried on a few shades that called out to me. This was an immediate winner; its Satin formula is creamy and incredibly pigmented, giving you the benefits of a matte finish without the dry feeling (it lasts almost as long but has a very slight sheen) and the shade is beautiful - a sort of dusky pink mauve tone. I wore it at pretty much every opportunity because it's a great day-to-night option.
Whilst it isn't my default lip colour these days, I do still really love this shade, especially for the autumn. I dug it back out when I was looking for products to feature in this post and realised how great it is. It's a timeless colour that I think suits so many people.

Revlon Lip Butter in Pink Truffle | £7.99 | I'm really not sure why the Revlon Lip Butters were such a big deal back in the day! It was a lot of fuss over a glossy, slightly more pigmented tinted lip balm. However there are a few shades in the range that were worth checking out (they just weren't total game-changers). I dutifully picked up several colours in it, however the warm pinky-nude Pink Truffle was the standout and I used it to death.
This is actually another repurchase because my original one was disgusting! I have to say that I don't use it quite so much these days, however the moisturising formula and sheer wash of inoffensive colour make this a great one for work days. I can grab it without thinking and just trust it to work. Sadly, it looks as though this collection might have been discontinued, as I couldn't find it listed anywhere online! 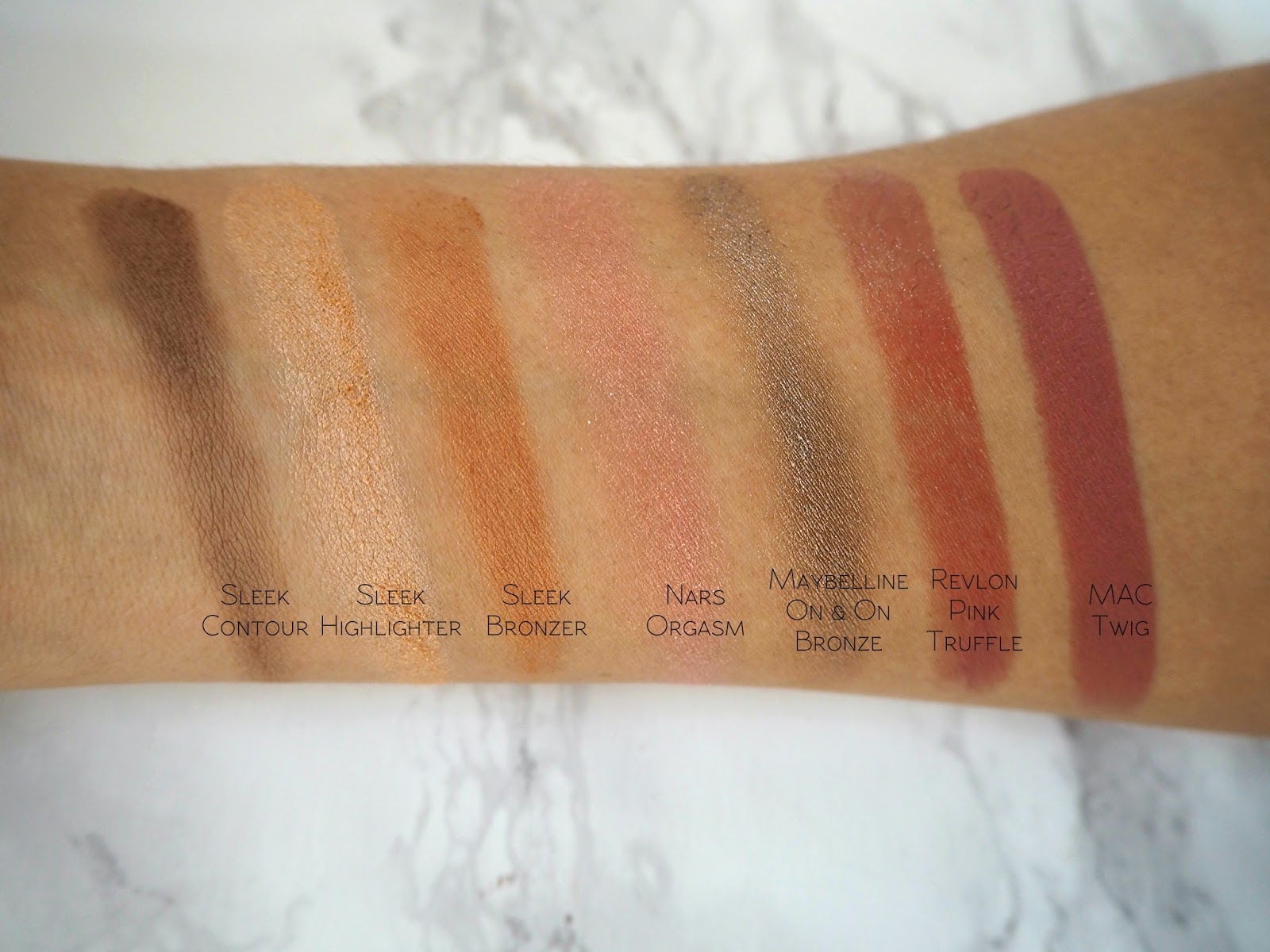 Which were your favourite products from back in the day and do you still use them?

Disclosure - products marked * were sent to me for consideration however all opinions remain my own.
Share:
Labels: beauty, favourites, makeup