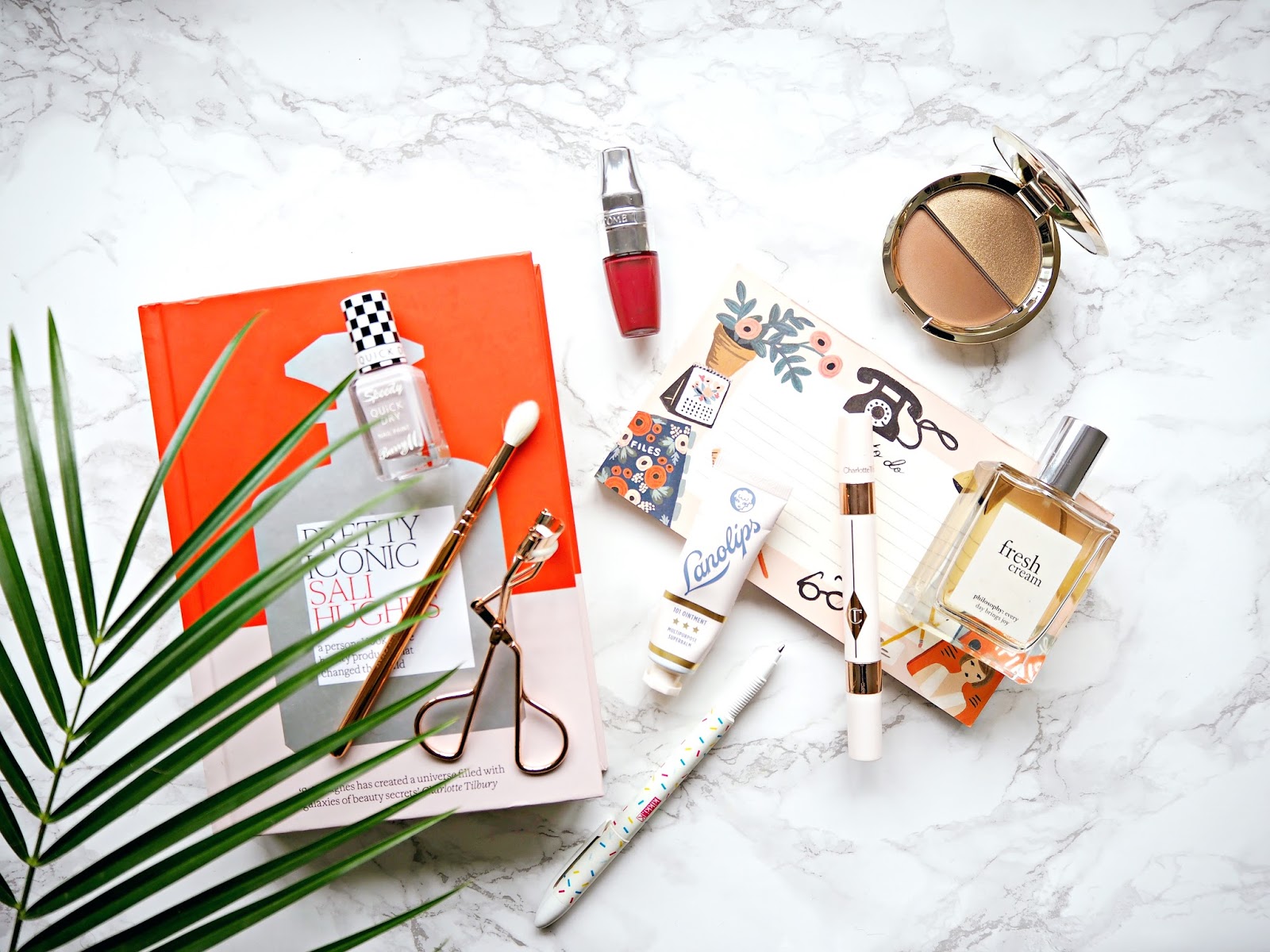 Sooooo, a lot has changed since we last chatted! 2017 has been a whirlwind so far, but I must admit; it's been an exciting and enjoyable one.

Just before Christmas an opportunity arose within my company in an area I really wanted to gain more experience in and I was offered the job, which was actually a bit of a surprise! This meant I needed to move house, though obviously it's the worst time of year to start trying to look at places, so January rolled around and I needed to find somewhere fast. After some disastrous viewings, luckily I found somewhere and the move itself worked out and I'm all settled into a house share now.

As much as I enjoyed working in the team I'd been with, I'm just so happy to be back in the city! I'm living in Birmingham now, which is where I went to university, so it honestly feels like coming home. I'm so much more suited to city life and honestly, the cost of living in the South East was completely unsustainable for me (or just about a manageable if I gave up on any hope of ever owning my own place...) I feel like a massive financial weight has been lifted off my shoulders!

I definitely hit the ground running with my new job, however I'm really enjoying the fast-paced environment and getting out and about to meet with customers. I've been lucky enough to end up in a really great team that's part of such a friendly and fun office. Overall I'm so happy and can't wait to keep throwing myself into the role and gain experience and confidence as I do so.

On my first weekend back in Birmingham, the whole of my mum's family got together at my grandparents' house in Warwickshire, which was lovely (and almost never happens!) Then afterwards I went with my mum and my boyfriend to San Carlo in Birmingham, which was soooo good! How has it taken me so long to try this restaurant? If you like Italian food, you won't be disappointed because there's a vast amount of choice (even for me as a pescetarian). It's reasonably-priced, there are generous portions and it was all so tasty. On the Sunday I went work clothes shopping with mum, because a new job = a new work wardrobe! Zara have some really great stuff in at the moment, and so does River Island, if you're in need of stylish new office clothes.

A Rush of Inspiration

I don't particularly broadcast this, because it's something I feel incredibly private about, but for as long as I can remember, I've been writing. I've always had the little pipe dream of one day getting a book published! For the past few years, though, I've just not been that focussed on my writing but (ironically, since I've become even more busy lately) recently that's all changed. I've had a rush of inspiration and motivation and have been writing at just about every opportunity! I'm such a perfectionist that I've scrapped my work so many times, however this time round I'm just accepting that it won't be perfect but I can't improve on it until the words are on the page. So far I'm at about 45k, which I'd say is probably halfway there for a novel! It's both exciting and encouraging to make this sort of progress. The fact I've written so much is spurring me on to finish the book.

A Series of Unfortunate Events | I absolutely loved these books as a pre-teen and read the entire series! I also always felt the film was sadly underrated, however Netflix have taken everything that was good about it and made it even better, whilst giving this series the platform and attention it deserves! If you aren't familiar with the story; it's a slightly surreal, off-beat, darkly humorous tale centred around the three clever Baudelaire orphans, who are left with a huge fortune by their parents and are put in the custody of a series of hapless guardians whilst Count Olaf (a failed actor) takes on a series of guises in an attempt to steal it.

The Tudors | Thank you to Lauzrah for suggesting this after I finished Reign (which is conveniently back now I've seen all of the Tudors!) I don't know how I'd never properly watched this show before as it's so up my street, however it's now on Netflix and I've marathoned the lot. In case you've been living under a rock; this series charts the reign and many marriages of Henry VIII in a dramatised but kinda-historically-accurate way. It stars Jonathan Rhys Myers and Natalie Dormer (until, well, you know the story...) and a whole load of period costumes and fancy houses. It's occasionally melodramatic, a bit raunchy and totally entertaining; essentially all the ingredients for a guilty pleasure in my books!

Pretty Iconic by Sali Hughes | I've only just started on this one but I'm hooked already! As I have said many a time; Pretty Honest is a must-read, whether you're 18 or 80, a total beauty newbie or a seasoned pro. Pretty Iconic is the follow-up but instead of being focussed on general beauty advice, it's a personal take on the most iconic products of all time. I've always felt that beauty products can tell a story, and that's exactly what Sali does with this book; what the products do is almost secondary to the memories they evoke and what they symbolised in their era.

What are you watching, doing and eating this month?