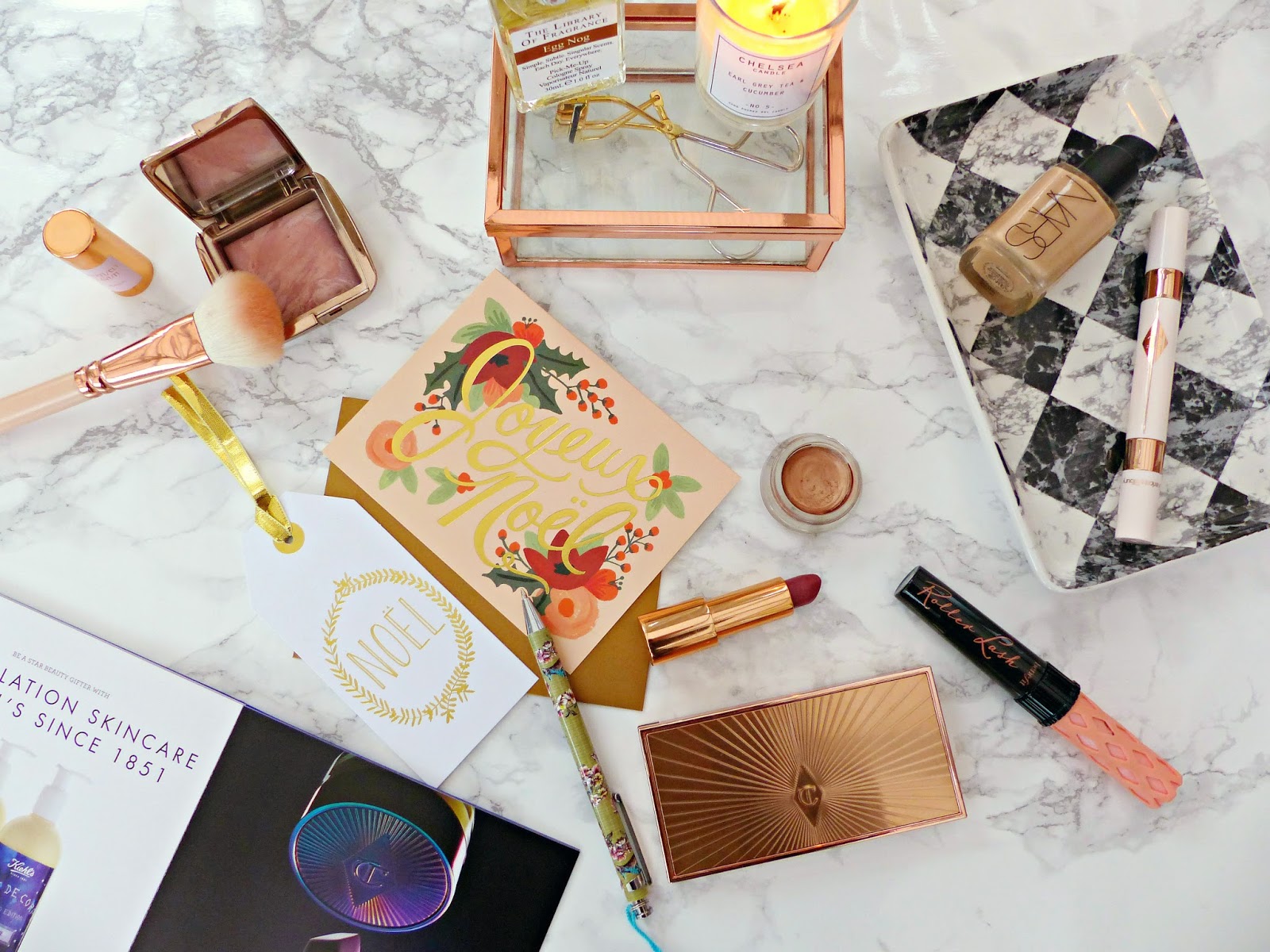 It’s been a little while since my last Sunday post but I thought I’d do one last little update before we head into the new year!

I've had a few exciting things happen in terms of my blog. The highlight has to be getting re-grammed on Instagram by Nars here! I woke up in the morning and checked my phone (still half asleep) and saw I had over 100 new followers! I scrolled back and there it was! I also had two of my posts featured in Bloglovin's weekly Beauty email: Autumn Cheek Wardrobe and Winter Glow: My Highlighter Picks. The latter of which was also featured on their blog. I'm so grateful for the exposure and recognition; it really is overwhelming!

The past 6 weeks has consisted of a lot of flapping around and worrying about my exams! As I’ve got together a study plan it’s really hit me how much work it will take to be ACII qualified in two years. Alongside work, our own internal exams and having a life it’s going to be tough. I’m trying to break down what I have to do so it’s not as overwhelming. At the end of last month I set the first internal exam my company requires me to do and passed it well enough to get credits towards the CII, which was a good start.

The big, exciting thing that’s happened though was booking New York! I’ve wanted to go for forever but whether it was money or a fear of flying, there was always something that seemed to get in the way. We managed to find some flights with BA for £400 return, which seemed fair so we booked it for my birthday in June. I’m so excited, though it’s a while away so once we’ve booked accommodation I’m sure it’ll get pushed to the back of my mind for the time being. If you’ve been before and there’s anything I need to check out apart from the obvious then please let me know in the comments! I've not had the best week or so, so booking New York and having some time to relax over Christmas have cheered me up.

I've not been out and about too much, however I did catch up with some friends at the Chapter One Books in the Northern Quarter. It doesn't look like much if you're passing it in the street but inside it's lovely and we had a really nice lunch and coffee there. I also went to the Christmas Markets in Manchester, which is always good, though it does get a bit crowded there! I also had a great breakfast in St. Albans at the Waffle House, which is well worth checking out if you're in the area.

I haven’t managed to get out to the cinema very much lately but I did catch Mockingjay Part 2. I wasn’t a huge fan of Part 1 so I was going partly out of duty (being someone who enjoyed the books as a teenager) and partly because the first two films really were enjoyable. I’m not convinced that splitting a book that could easily have fit into two hours really worked, as 80% of the film felt like the ending. However it was full of action and had some really great moments so it still gets a decent 3 stars out of 5 for me.

Since my last Sunday Post I started and very quickly finished what I’m going to say is one of the best TV series of 2015: The Man in the High Castle. It’s an Amazon Original Series based on a book set in an alternative history where the Nazis won the war and the USA has been partitioned between the Nazi-controlled east and Japanese-controlled west. There are some really interesting characters and the story is so interesting with themes of politics, love, morality and even a little (*Mild Spoiler Alert!*) sci-fi. I kind of saw the big twist ending coming from the first episode but there were some genuine ‘edge of the seat’ moments and some shockers throughout the series. In short: you need to watch this!

I also saw Cinderella on Sky Movies. I really wasn't fussed about seeing it at the cinema, but I've actually ended up really loving this film! The cinematography is stunning and they really do somehow capture the magic in a story we've all heard hundreds of times.

Whilst I’ll be working on Christmas Eve, as soon as they let us out I will be heading down to Warwickshire with my mum to spend Christmas with my family down there, which is always really nice. My boyfriend will probably come and pick me up on Boxing Day so we can spend some time in St Albans where he lives.

I think we will probably come back up to mine in Manchester for New Year’s Eve, though I think it’ll be a quiet one. After paying for Christmas along with the New York flights, neither of us are really going to be in a position to pay a fortune to go to a big event. If anyone I know has a party we will probably just do that or head to a local pub for a few. I’m glad I took a few days off along with weekends and bank holidays over the festive period as I think I needed a bit of a break.

What are your Christmas plans? What do I need to see in New York?