Blogger-Induced Buys | Were They Worth the Hype? #2 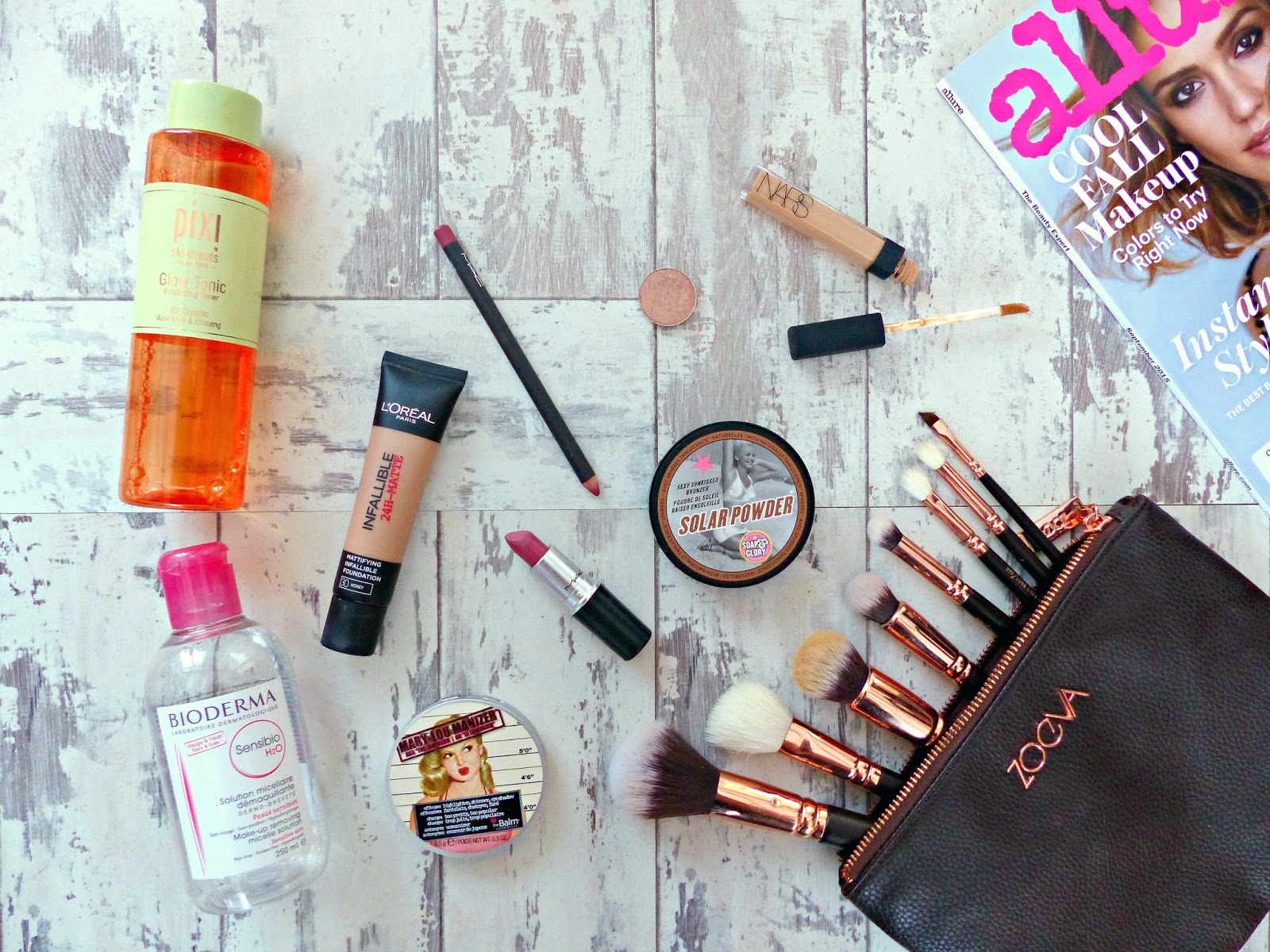 Thank you for the amazing response to my original post! There were so many more products I could've included in it, so I thought I'd do a follow-up here. Little bit of a disclaimer: I never say I don't like a product if I haven't given it a proper go and tried several different ways to make it work for me. Sometimes it just doesn't work out but that doesn't mean you can't love them!

Pixi's packaging really doesn't do its products justice so I was hesitant to hand over £18 for this, however I'm so glad I did now. It's introduced me to a whole family of products that I'd never tried before as well as being fantastic in its own right. It's essentially an acid exfoliant to be used as a toner. I apply this around about 4 times a week in the morning and it gives my skin an instant radiance-boost and with long-term use the Gylcolic Acid in this has helped fade my old blemish scars. Caroline Hirons's skincare recommendations continue to do me well... Side note: Pixi makeup and skincare is now available in good old M&S, which is amazing for us non-Londoners!

Yes, there are cheaper alternatives, but none of them have quite done it for me as easily and effectively as this does! I first saw this mentioned on Lisa Eldridge's channel and so rushed out to buy it and really haven't looked back since. I don't tend to use this for all over my face, although it's possible. I usually just reserve it for eyes as it's as gentle as water yet really effective at shifting even the most stubborn black makeup.

This foundation has been so hyped by so many people and on paper it sounded like my perfect base; matte but not too drying and long-lasting. And to be honest the formula isn't bad from what I can tell, however the shade selection sucks! I have 30 Honey (the darkest available) and even tried mixing it with another shade and it was no better. So many brands just seem to tack on the darkest shade and it's always miles darker than the next shade down and usually a strange pinky colour that just looks ashy on the skin. I think I could appreciate the formula if it was that good to see past the awful shade match, however I'm open to trying it if we get the US shade selection eventually.

Worth the Hype? No

I'm a huge fan of a deep mauve-y matte nude lip so when Lily Pebbles started rocking this combination in several of her videos, I thought I'd check it out. It's turned out to be my perfect day-to-evening pairing as it's just so wearable and long-lasting. Soar is beautiful and pigmented without being too drying. Mehr is incredibly creamy but still has a true matte finish. All in all, I'm so glad I caved and picked these two up.

MAC Pro Refill Eyeshadow in All That Glitters | £10

Inspired by... Vivianna Does Makeup

If there's one MAC eyeshadow that everyone seems to rave about, it's All That Glitters. I feel like it looks slightly different on everyone who wears it but to me it's a nude-pink shade with a gold shimmer. It's the perfect shade for both the inner corner and across the lid and it goes with both cooler and warmer eyeshadow looks. You can also see a full review on my MAC Pro Palette here.

Inspired by... Vivianna Does Makeup

Maybe I should've known this bronzer wouldn't really be for me, in all honesty. However I'd heard so much about it I just decided to pick it up in a 3 for 2. The packaging has been improved so it's plastic as opposed to a flimsy cardboard, which is good. It's supposed to be a subtle bronzer and it has a really nice slight sheen to it. However I just don't feel this has much payoff on my skin tone. It adds a nice little bit of illumination but it's just not something I'd have bought if I had the chance again. However if you have very pale skin then by all means give it a go as a lot of people rate it!

Worth the Hype? Not really for me

I don't know how I was concealing before but this concealer by Nars was a game-changer! It's quite a thick texture and it's definitely more for combination-oily skin, and whilst I don't really use it for highlighting or under the eyes (as I find it a bit too heavy) it's incredible on blemishes. Whilst the Collection Lasting Perfection concealer is similarly great for pretty much erasing your spots, it doesn't come in the shade selection of the Nars so this is the one I re-purchase over and over.

Inspired by... I Covet Thee

This is an absolutely beautiful highlighter. The texture is really soft (also a con, as I've smashed mine before as a result) and effortless to work with. The colour is a stunning light gold, which seems to suit so many different skin tones. However it's definitely one for the evening or when I want people to know I'm wearing it!

It seems everyone in the blogging world owns these brushes and I have to say, it's with good reason! They're not only absolutely beautiful with their copper handles but both the synthetic and natural brushes are incredible quality at a really reasonable price. The eye brushes especially are just as good as MAC's and I have to say I reach for the majority of these on a daily basis. In case you were wondering, I definitely get more use out of this original set than the Volume 2, I also did an in-depth post on these brushes here. 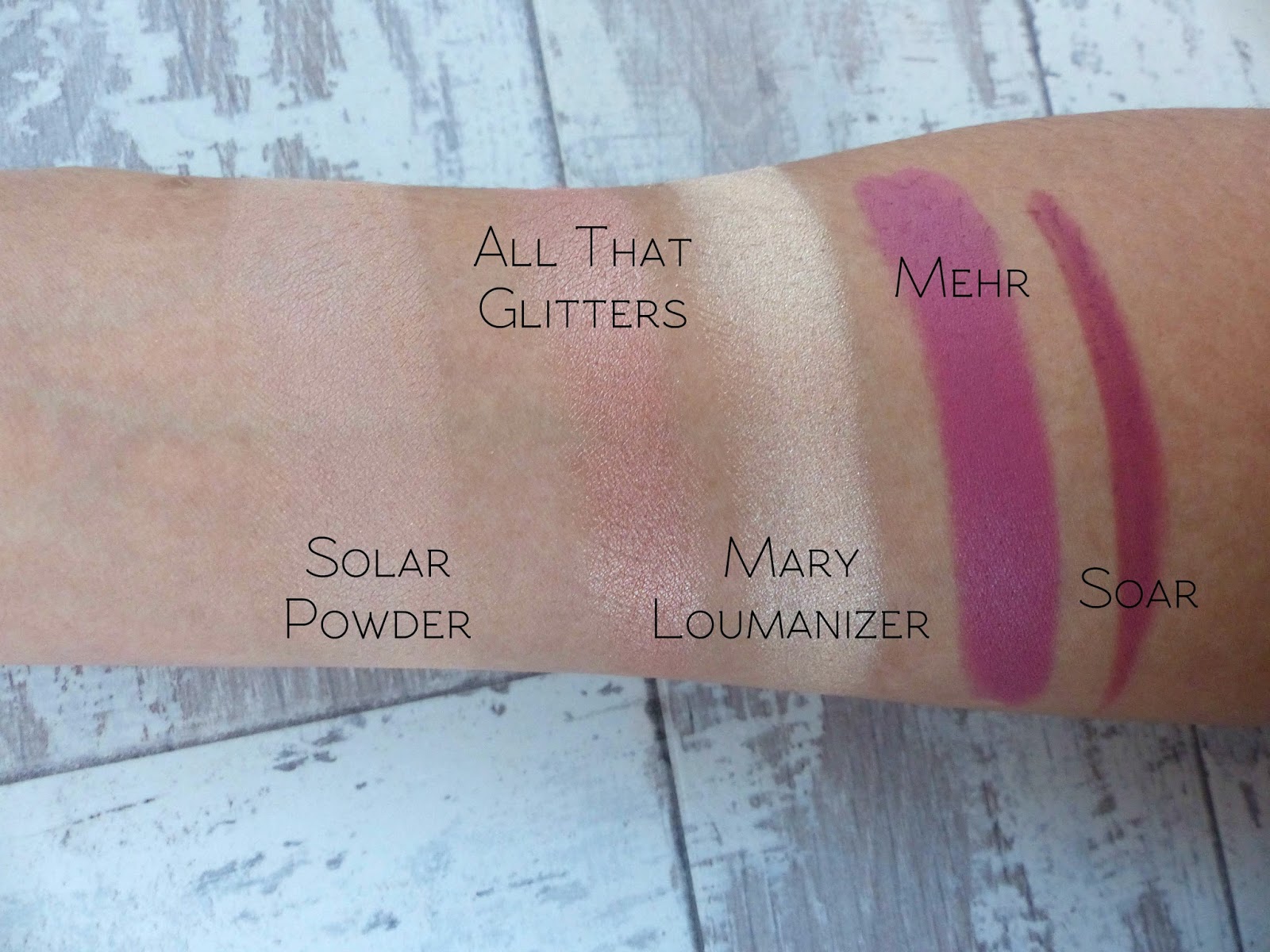 Have you tried any of these products? Were they worth the hype for you?

P.S. Enter here to win a high-end palette of your choice!
Share:
Labels: mac, makeup, worth the hype