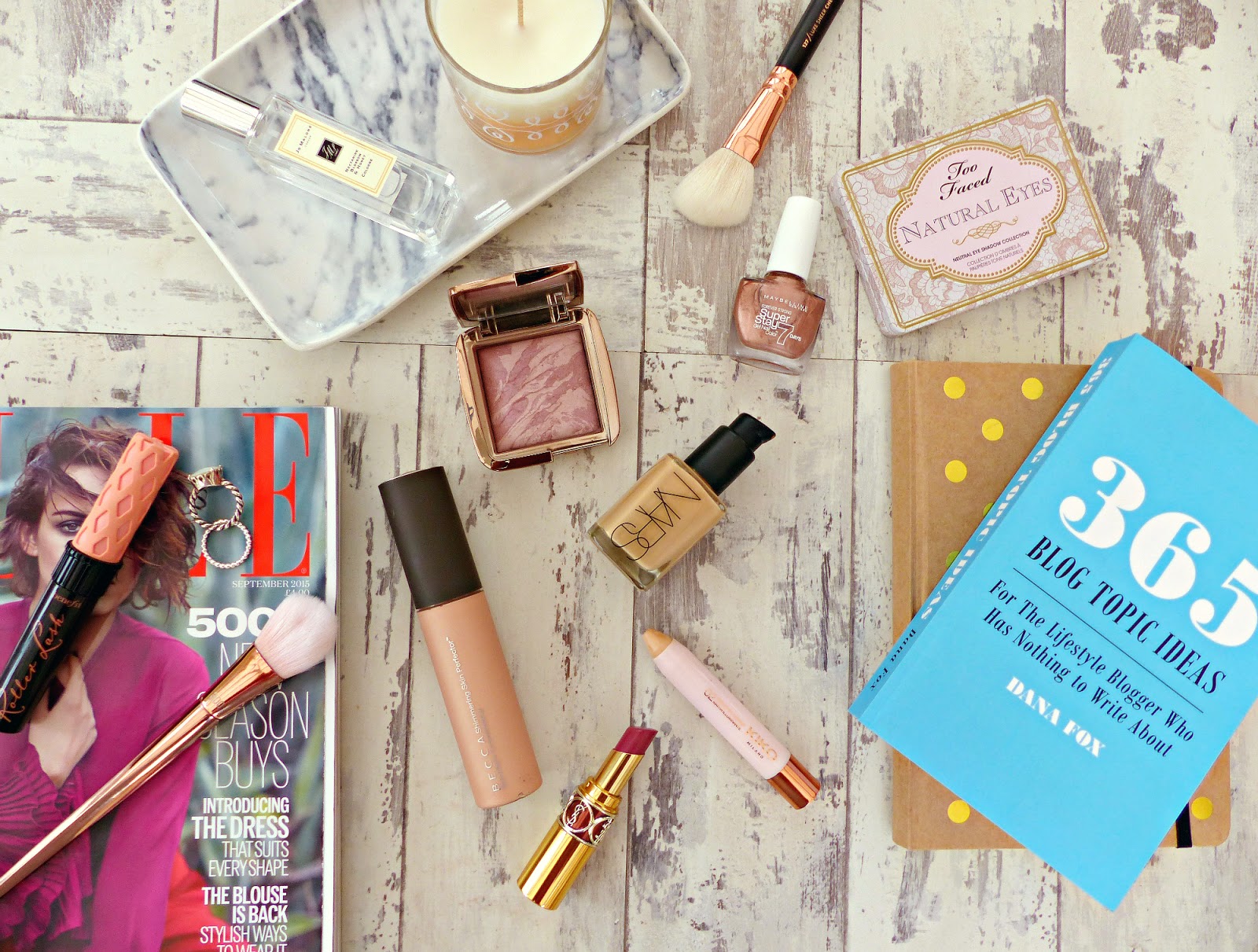 It's time for us to catch up again! I think I may have arrived at the most scary, exciting, uncertain points in my life so far...

In short: I quit my job! I had an offer for a graduate scheme in a business area I'm really interested in for an amazing company so it's really a dream opportunity. I had become so unhappy in the job I've had since the end of last year. Despite the great people I was lucky enough to work with, it just wasn't right for me. However leaving on Friday still felt really emotional! ( I ugly-cried...) Hopefully I'll now have the chance to feel challenged and be exposed to a wealth of new experiences. I feel like I'd rather be stressed than bored, and whilst it's scary I do love a challenge. I really hope it's everything I've been hoping for and that I can step up to the plate. I've realised that I'm quite an intense person; I like to be busy, I feel restless if I feel I'm not progressing, and I think this could be the perfect route for me.

So, what does this mean for my blog? Good question. I'm going to play it by ear and see how much I feel I can comfortably do. I will be taking on more responsibility and also have exams to study for! I'm going to try for four posts a week (as opposed to my current five) and see how it works for me. I hope you can bear with me as I find my feet in my new role. I have a couple of guest posts planned over the coming months for the first time so that even if I take a step back there's going to be new content on my blog. At the end of the day I will blog as much as I can without compromising the quality of my content and whilst maintaining a balance with work, blogging and life.

I also want to take a moment to say a huge thank you for all the love and support I've had from you all recently, I'm really pleased that my posts have been going down well as I put a lot of work into everything I publish! For the two weeks I now have off before starting my new job I'm going to be daily blogging so make sure you're following me for new posts every day.

Now we've got the housekeeping out of the way, I thought I'd share with you what I've been watching and listening to this month. I put together a little 'end of summer' playlist I love listening to when I want to chill out and relax. I'm thinking I might make a monthly playlist to include in this Sunday post, so let me know if you like having a peak at what I'm listening to.

In terms of TV, I don't think I've been that into anything recently. My boyfriend and I watched the new series of True Detective but I thought it was nowhere near as good as the first. The finale was pretty explosive but it seemed overly complicated and had too many random story lines that never led anywhere and pointless characters who never became relevant.

There seems to have been a bit of a shortage of films out but I've still checked out a few. We watched Nightcrawler, which is about a guy who decides to become a freelancer filming footage of crimes to sell to cable stations. Jake Gyllenhaal is chillingly good in it as the main character. We also watched Fury, which is set in the Second World War, focussing on the American soldiers manning a tank named Fury. It's not one of the greatest war films of all time but I thought it was pretty good visually and in terms of the main performances. Recently I also watched the Maze Runner. I don't know how I hadn't seen it before, as I love a bit of Young Adult Dystopian! It's so much better than you'd expect, I have to say. Essentially a boy wakes up in the centre of a maze, unable to remember anything but his name, and finds himself living among a community of boys who all had the same happen to them. The first half is stronger, as the mystery of why they are there and what's outside the maze is built. A lot of the fun is lost when the 'big reveal' comes about but it's still a good movie.

I also met up with a couple of my university friends and we ended up at the Cornerhouse (now called Home) in Manchester, watching a French film called Eden. It was all about the French house/garage scene in the 90s to the present day. It's one of those films were there's not a huge amount of resolution for the characters at the end but the music was great and it was stylistically impressive.

This month has been pretty frugal so I haven't especially been out anywhere different. I briefly stopped off in Birmingham and met up with one of my closest friends from university, which was really nice. I went to Yo! Sushi in Manchester for the first time in ages and it was surprisingly quiet for a Saturday but they've recently re-done the menu and made it a lot easier for people like me with dietary requirements to tell what does and doesn't have meat in it, which was great. I also went to Cote Brasserie again in Manchester as they do an amazing menu which is about £11 for 2 courses or £13 for 3 even on weekends up until 7pm. There's a really good amount of choice, even if you're vegetarian and you get good portions of great food so I definitely recommend it if you're on a budget but want to go out for a meal somewhere.

Which TV shows and Films would you recommend I check out? What have been your lifestyle favourites this past month?