Trawling through my lipstick collection I noticed I have a fair few MAC dupes. Most of these aren't exactly identical, but they're definitely similar enough to consider spending half the price or less of a MAC one! 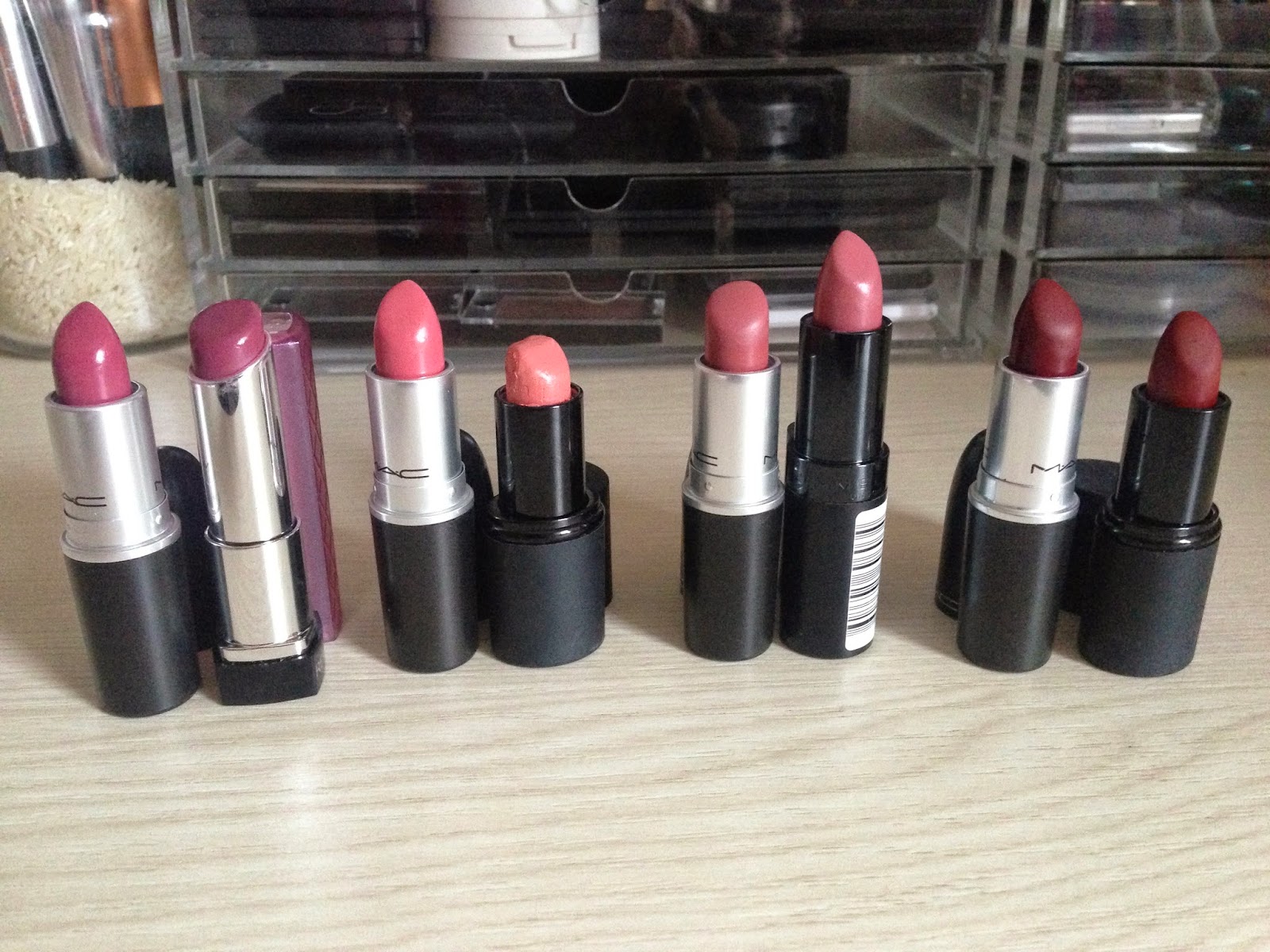 I'd say these two are the least identical of this dupe list. I think Plumful is redder and more pigmented and Sugar Plum takes a lot more applications to build up the same level of colour. Saying that I prefer the colour of Sugar Plum, as well as the fact it's easier to apply evenly and it doesn't do the 'lipliner' fade thing like Plumful does. 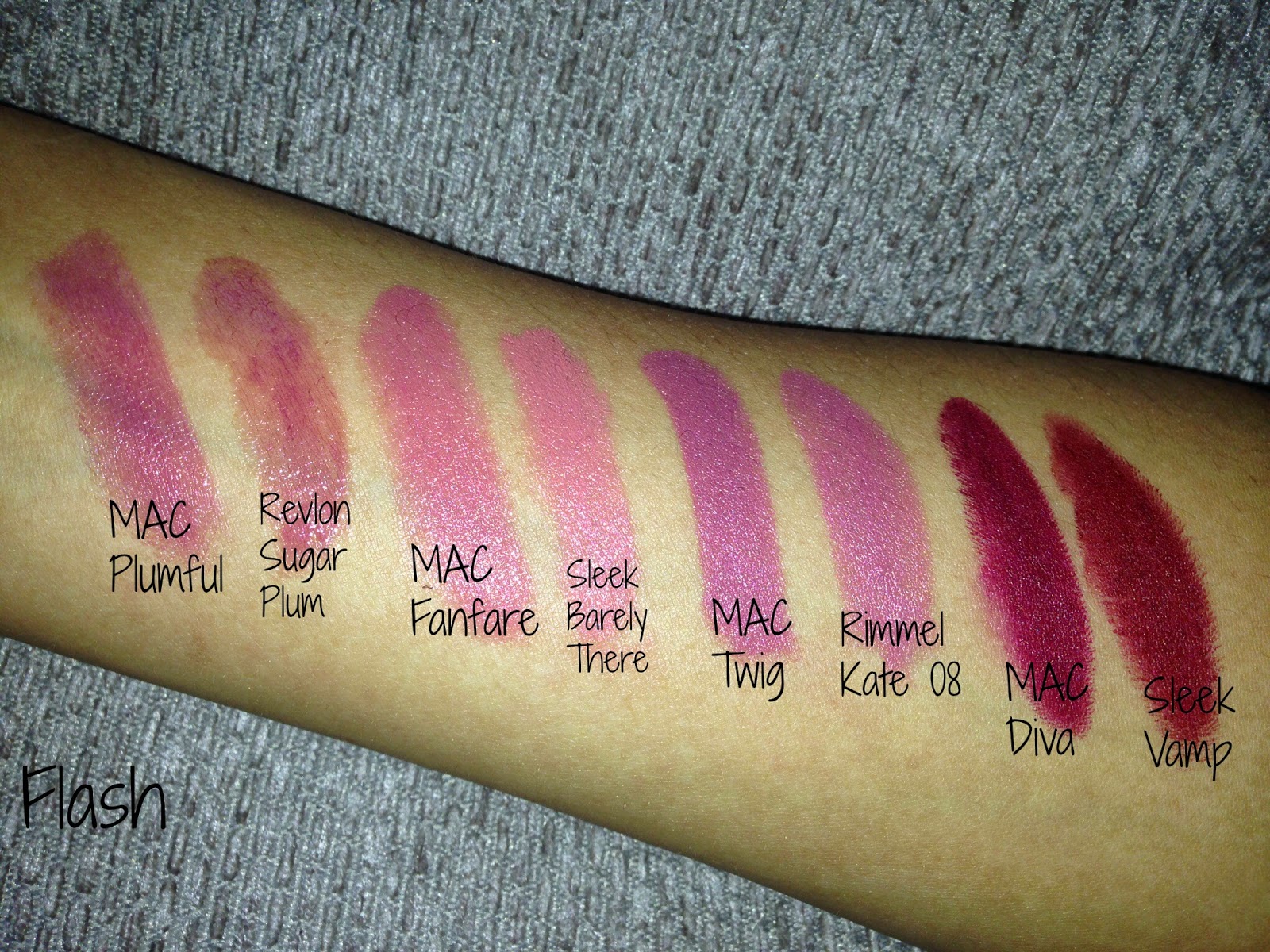 MAC Cremesheen Lipstick in Fanfare (£15.50) and Sleek True Colour Lipstick in Barely There (£4.99)

These two are a little different, as I'd say Fanfare is a touch darker and more muted. Barely There was my signature colour over Spring this year but I've kind of destroyed it (I need to just get a new one!)...they're both lovely everyday pinks you'll get a lot of wear out of.

I've been really impressed with the formula of Kate 08; it's so creamy and has that slightly moisturising finish of a MAC Satin. It wears really similarly to Twig throughout the day as well. I'd say that Kate 08 is slightly lighter/pinker than Twig (maybe closer to Brave?), but that's the only real difference and which one you buy depends whether you prefer your pink/mauve nudes lighter or darker. 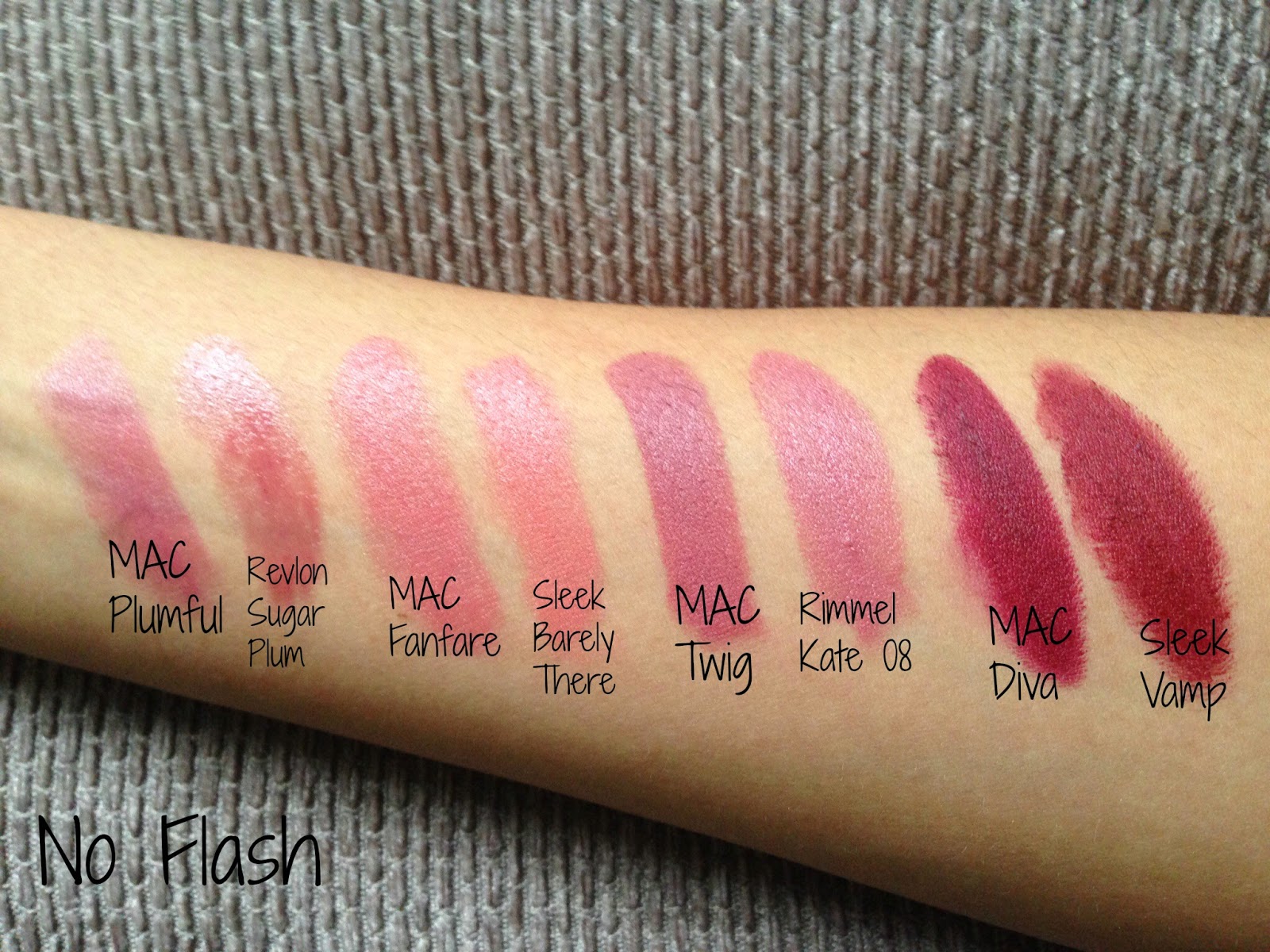 Which one you get really depends on your budget, and the colours are subtly different so it also depends which you personally prefer :)

Do you prefer hunting for dupes or splashing out on the MAC version?