Sleek Blush by 3 in Lace Review

As a huge fan of these palettes I thought I'd try one of the first, and most popular, trios in the line. For these reasons I had high hopes. So here is my road-test and review of Lace... 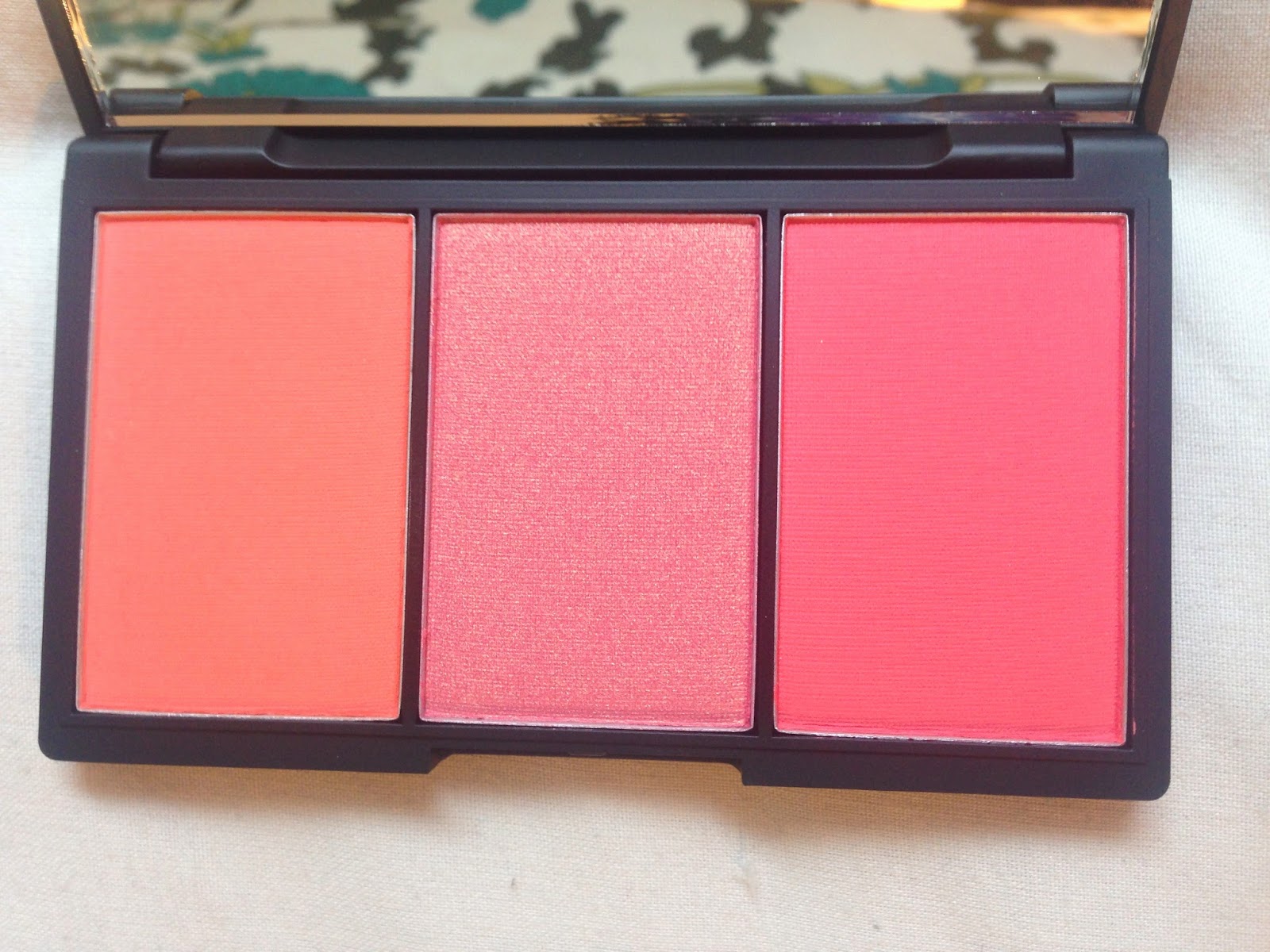 I bought Lace as I think it's so pretty to look at and is very summery. It has some sorbet shades which I'd never normally pick up but ones I was curious to try out. 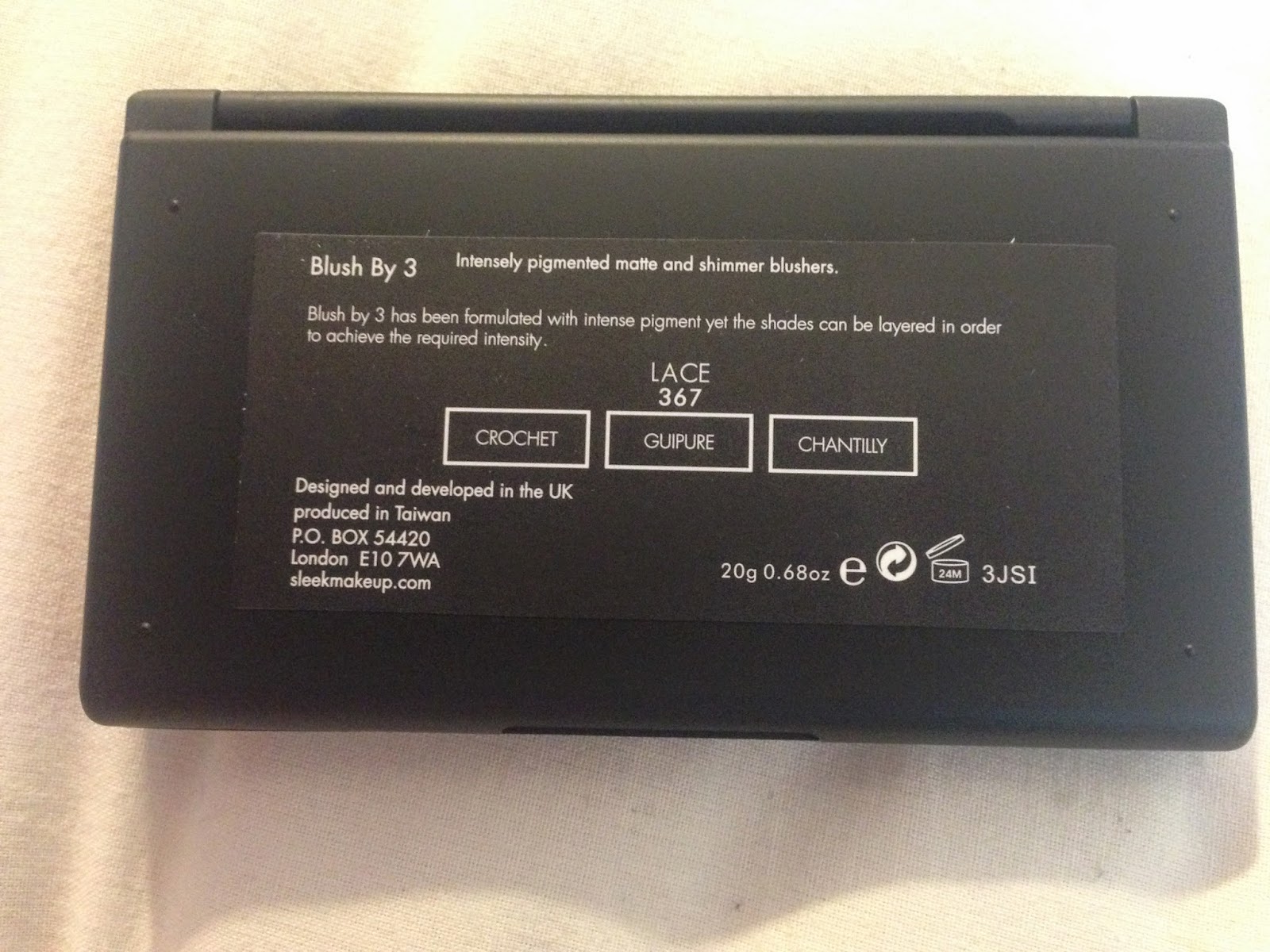 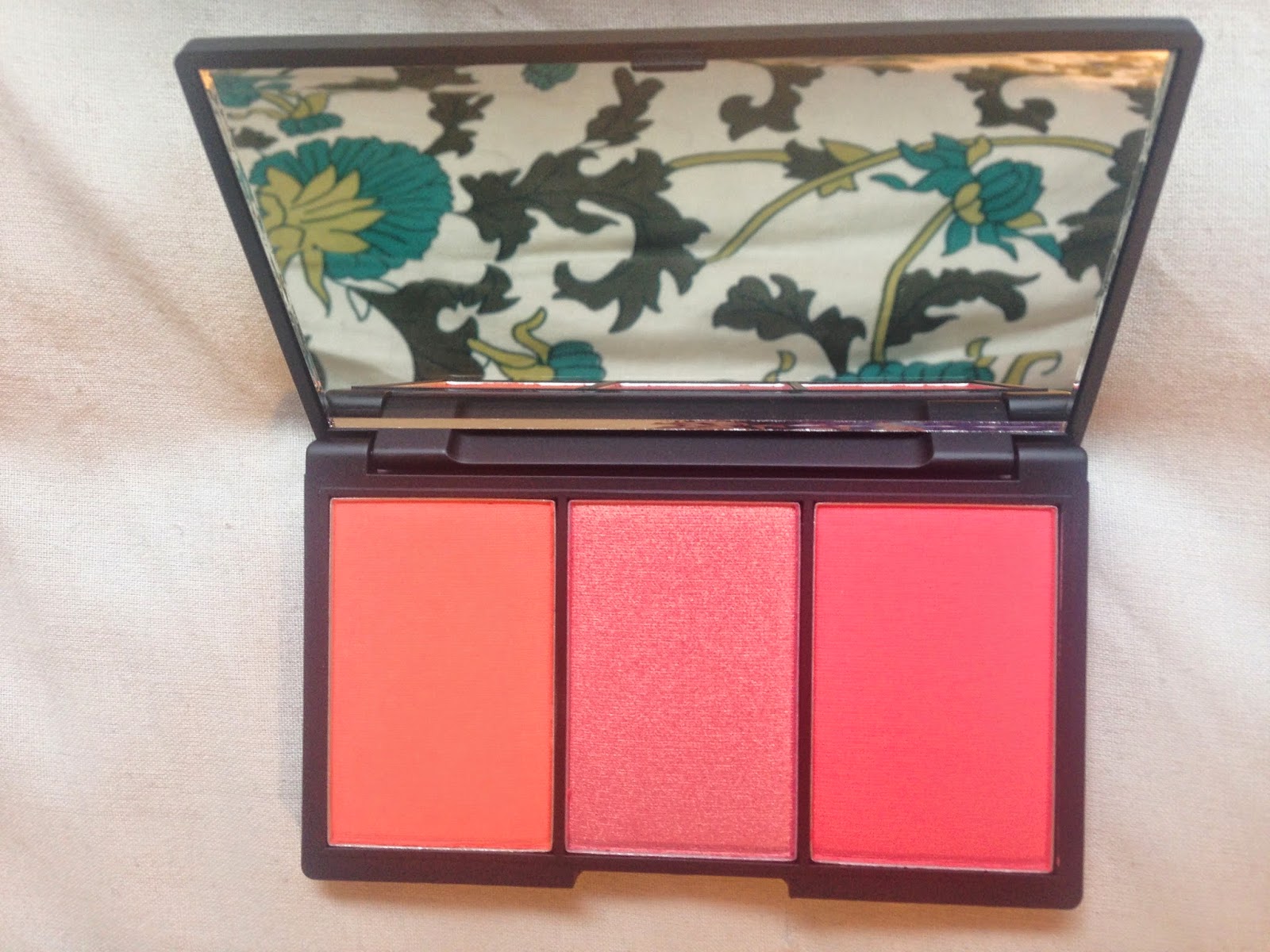 Lace consists of 3 powders: 2 Matte and 1 Shimmer. Running from Left to Right is Crochet, a bold orange (Sleek Pan Tao dupe), Guipure, a pretty pink shimmer (Sleek Rose Gold dupe) and Chantily, a neon pink (none of Sleek's single blushers are dupes as far as I know). 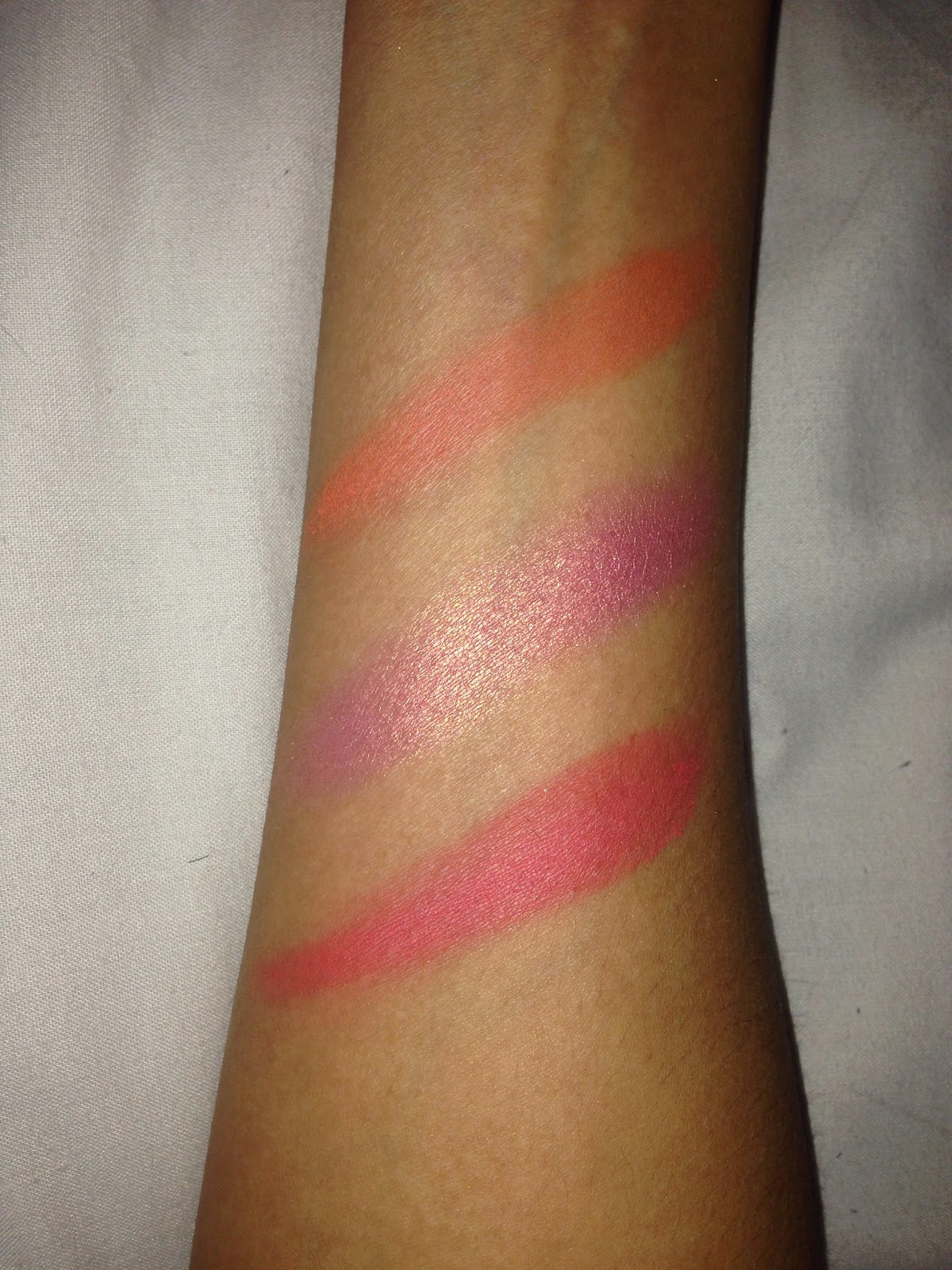 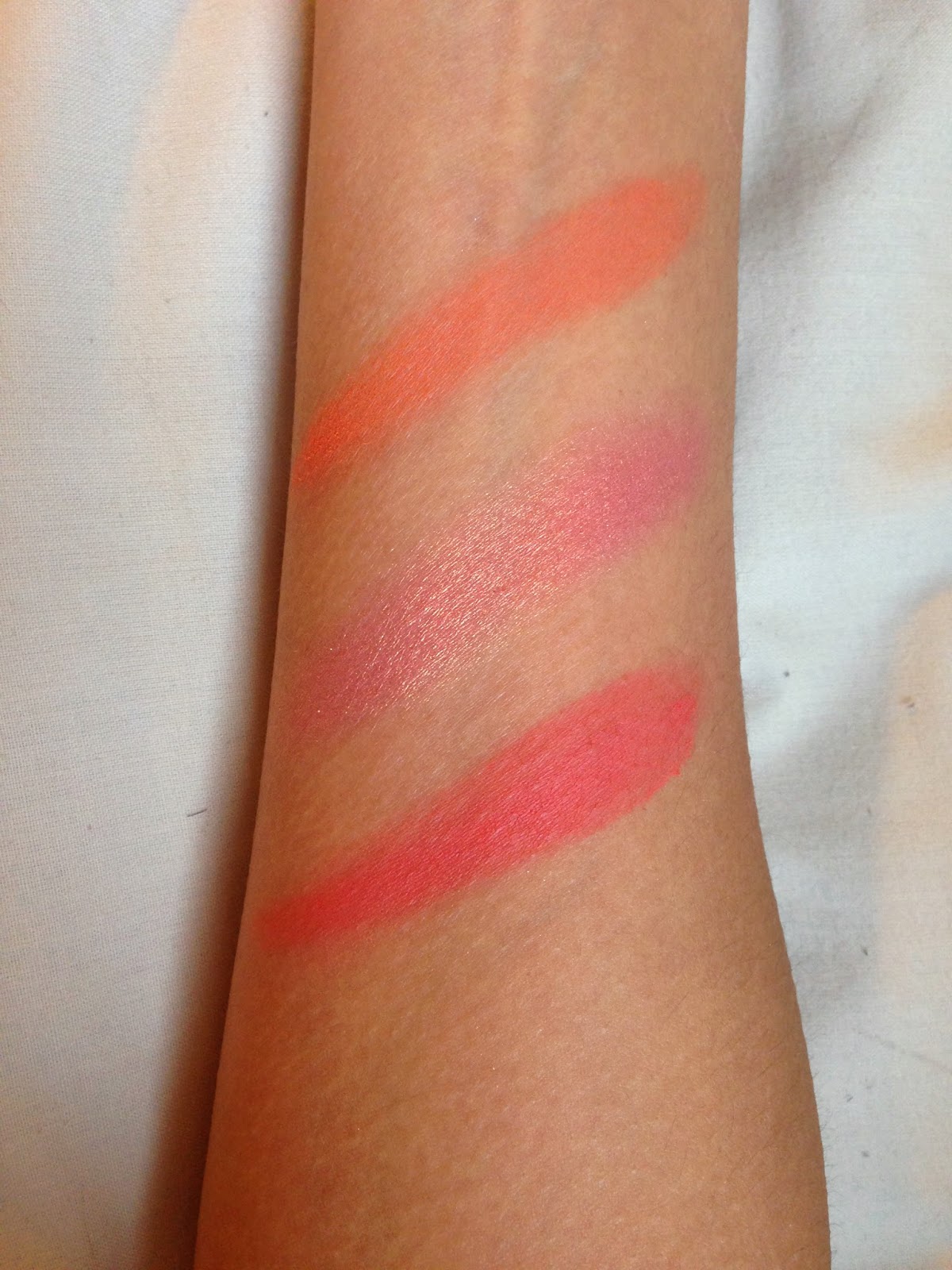 So here are the swatches: no flash on the left and flash on the right. From top to bottom we have: Crochet (matte), Guipure (shimmer) and Chantily (matte).

Here is Crochet on: 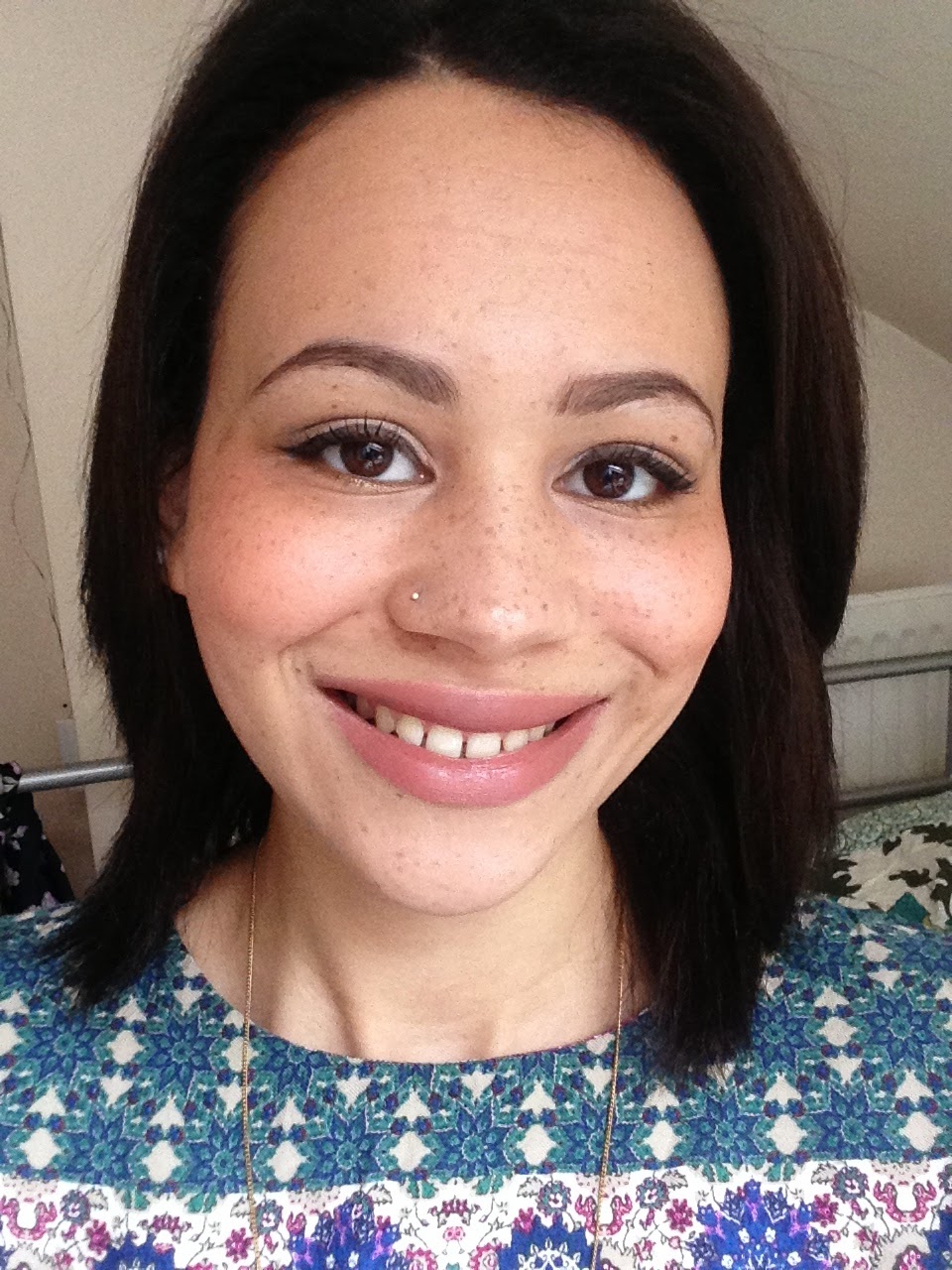 In this picture I'm wearing more of this colour than I personally would if I wasn't trying to get a good picture of it, but saying that I do like this colour. It is probably my least favourite because it is so bold, however it's good to try something different. I think when the sun comes out or when I go on holiday (whichever comes first!) I'll wear this colour quite a bit. It did fade after a few hours and got a little patchy, but not to a huge extend. The formula was good and easy to apply. I also think it would look amazing against dark skin.

Here is how Guipure looked: 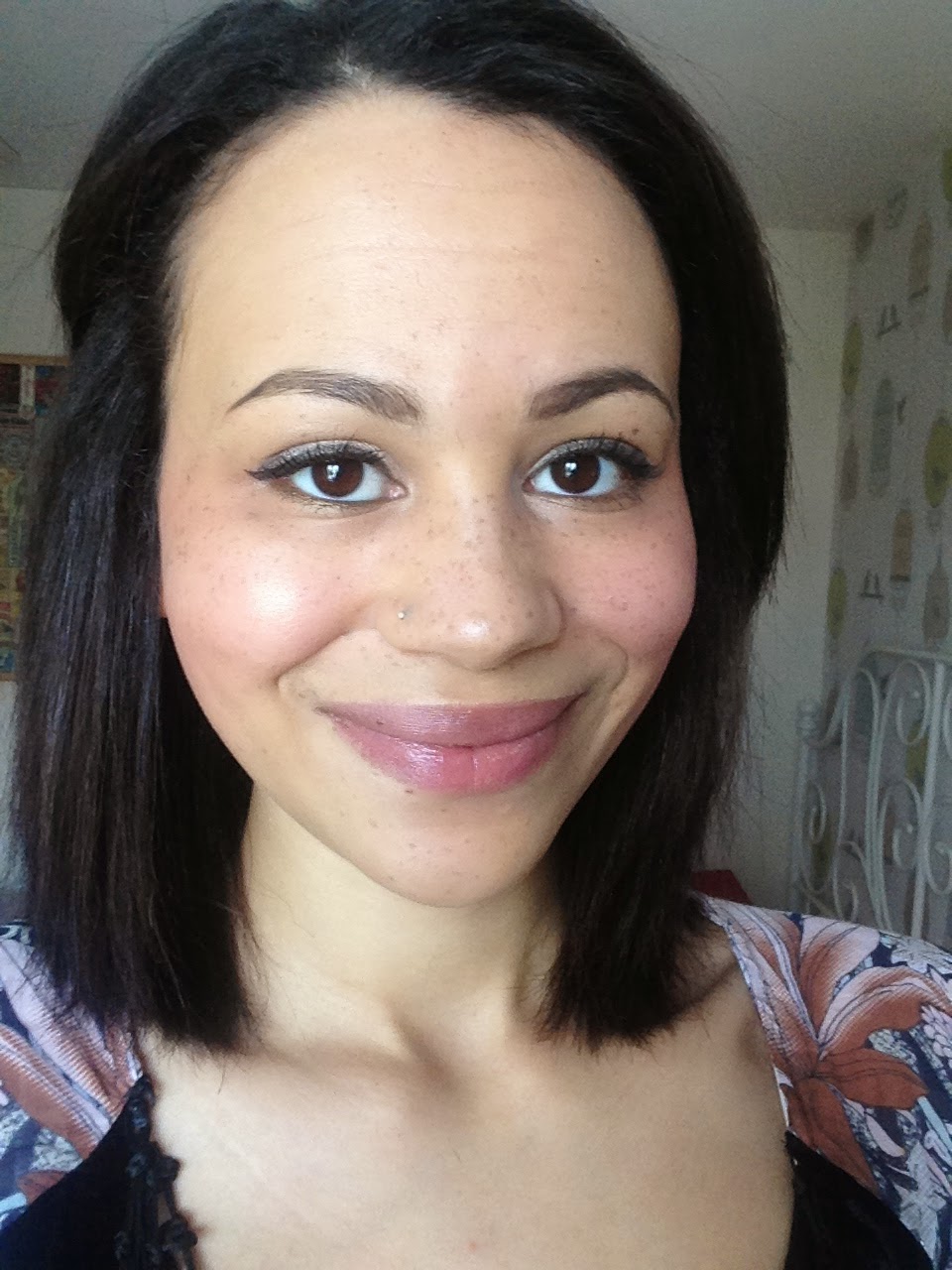 This was actually my favourite, I'm disappointed it hasn't photographed so well, but I tried on several occasions to get a decent picture but I think this is as good as it's going to look in images! I think this is the most 'me' of the three, it's subtle but shimmer and really pretty. It didn't fade much and it wasn't patchy when it was. It was also easy to apply, which was a nice surprise as I've found the shimmers in some of these palettes really flaky and messy. It's also a really good dupe of Nars' ridiculously popular Orgasm blusher. 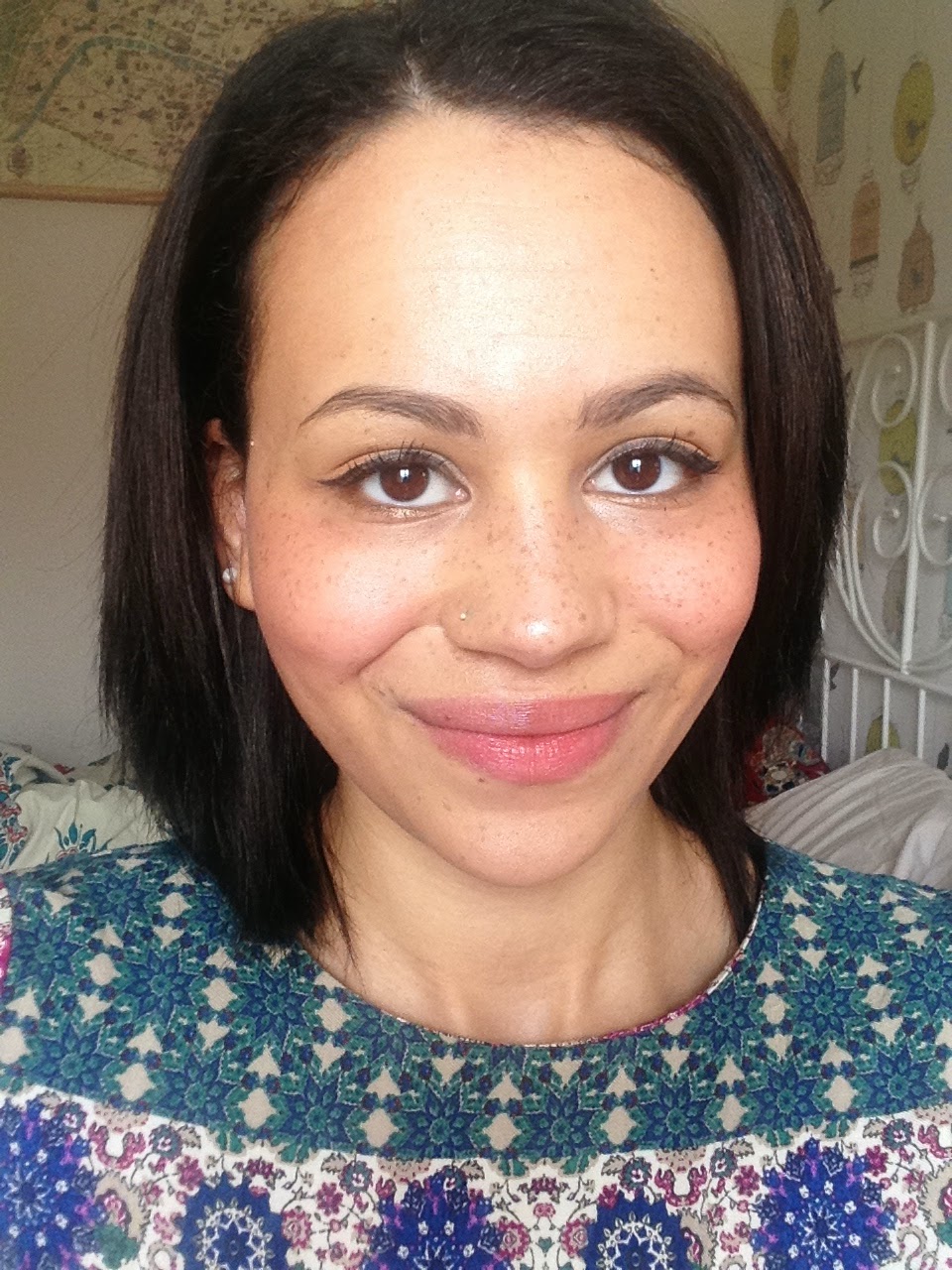 In terms of consistency and durability, this is pretty similar to Crochet: fairly easy to apply and there's a slightly patchy fade after a few hours. However for a neon pink it is surprisingly wearable. As with all three of these colours you can layer them on top of each other, apply subtly or build it up.

Overall I think this is my favourite of these blush trio palettes I've tried (though there's still Californ.i.a to go!), and the colours are wearable whether you have the complexion of Kat Dennings, Lupita Nyong'o or anyone in between. It's the first of these palettes where I like every one of them!
Check out the 'sleek' tag for a comparison of the 4 of these palettes I own and for reviews of Sugar and Pink Lemonade (Californ.i.a soon to come!)

* Bold and pigmented orange
* It is possible to make it look subtle but it is the hardest shade in this palette to do that with
* Applies easily
* The colour isn't 100% me, but that's personal taste
* Universally flattering
* Faded a bit and faded a little patchily after a few hours

* Beautiful shimmer (but not too sparkly!)
* The picture really doesn't do it justice
* Easy to apply
* Didn't fade much until quite late on and it wasn't patchy when it did

* Bold but it is fairly easy to apply it subtly
* Again, I think this flatters most skintones
* Faded slightly after a few hours, the fade was a little patchy
* Application was easy

* I'd say this is my favourite of the Blush by 3 palettes
* Pretty, summer colours which can be built up into a bold look
* Guipure (AKA Rose Gold) is my go-to colour for a night out
* I think this palette has a really wide appeal and I think it would be flattering to virtually any skintone, which is rare (I believe this is why it's been so popular)