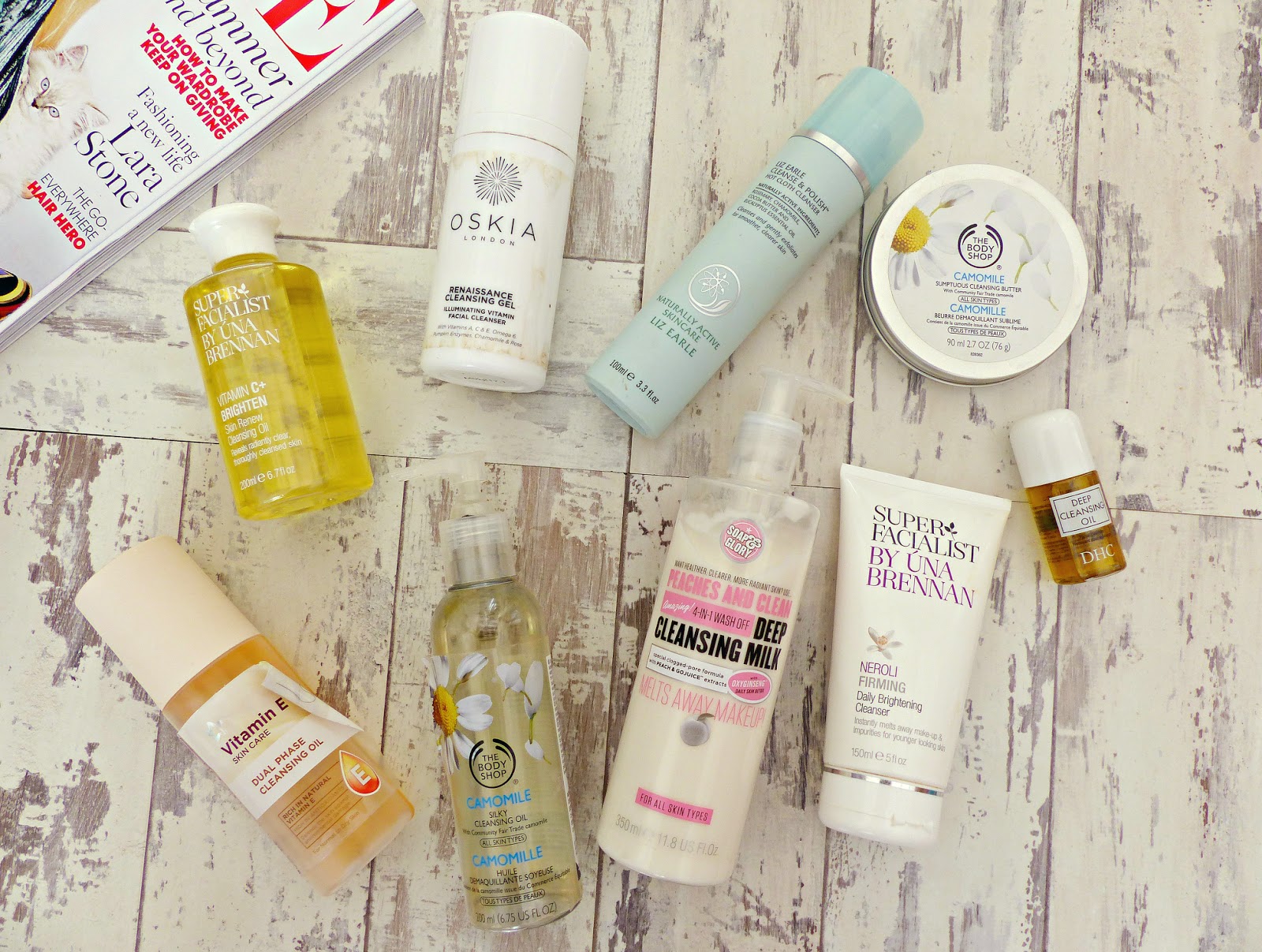 Without a doubt cleansers that melt away makeup are the fastest, most gentle method of removal. I’ve trialled a lot of them (by and large, they’re suitable for all skin types), from as little as £2.99 to as pricey as £28 and the conclusions I came to on which were up to the job might surprise you!

The most expensive of the lot by a long stretch! This is a gel formula that smells lovely and emulsifies on slightly damp fingers as you massage it into skin. I personally found this ok for removing face makeup however it wasn’t very effective on dark eye makeup and actually stung my eyes a little. I switched this to my morning cleanser and much prefer using it in this way, as a big part of me thinks it’s a bit of a waste to use a luxury product to remove makeup instead of directly on your skin. In summary: this is average at best for makeup removal, however it’s still worth a look as a second cleanser. Is it worth the money and the hype? I’ll get back to you on that one…

A cult favourite I hadn’t even tried until relatively recently! I actually think I assumed this was more expensive than it is, however a 100ml bottle and 2 muslin cloths set me back a very reasonable £15. It comes out as a cream formula (though it isn’t rich or heavy), which is ideal for those of you who don’t like the slip or feel of an oil-based cleanser. I think this has to be the most effective non-oily makeup-melter I’ve ever tried, even on stubborn waterproof mascara. My one teeny-tiny downside is that you can’t get away without using a muslin cloth (or some other flannel) like you can with the more oil-based products. Whilst they’re cheap and accessible, like most people I tend to wash all my whites together meaning that towards the end of the week I may not have one to hand. If you don’t use some sort of cloth soaked in warm water to remove the cleanser and broken-down makeup, be warned there’ll be a lot still left behind on your skin. I also probably wouldn’t use this just to cleanse my skin. However used as instructed, I really can’t fault this gentle-yet-effective gem!

If you follow my blog regularly, you’ll know I absolutely adore this stuff! It’s a cleansing butter some comes in a little tin (perfect for mess-free travelling). You simply smooth a bit off, rub it between your slightly damp fingertips and massage it into your skin where it emulsifies. No other cleanser (other than it’s sister, which we’ll get to later…) removes my makeup (again, even stubborn waterproof eye makeup) as quickly and thoroughly. Even if I don’t have a muslin cloth to hand, after rinsing my face there’s very little left behind. Usually I run a single cotton wool pad soaked with micellar water across my skin for good measure.  It’s also very gentle on my sensitive eyes. I’d recommend this to anyone!

I regularly flip-flop over which I prefer out of this and the butter version, however at the moment it’s the oil. I prefer to apply this directly with my fingers, however it can be a bit easier to use this with cotton wool pads. I massage the oil directly into my skin and over my closed eyes and it melts everything away with ease. It’s similarly extremely gentle on the eye area and feels nourishing on the skin without leaving behind any excess. Another wholehearted recommendation.

I’ve heard so many people go on about this that I snapped up the last bottle on the shelf the second my local Boots was re-stocked. This is probably the lightest oil of all the ones I have here to show you. It does remove eye makeup however not quite as effectively as the others I’ve recommended and it did definitely sting them, which was annoying. On face makeup it removes everything really well and smells lovely and orangey. I also do feel it has a brightening, plumping effect. If your eyes are made of stronger stuff than mine, it could be perfect for you, as everything else about this is great.
Soap & Glory Peaches and Clean Deep Cleansing Milk*, £8

This was the first more cream-based product I tried for makeup removal and I’m still impressed with it. It’s very similar to the Liz Earle Cleanse & Polish, if you were looking for a cheaper alternative. It does have a peachy scent however I don’t find this irritating on the skin or eye area. It isn’t as effective on dark eye makeup as the more oil based cleansers however it does a good job of removing the bulk of it. My skin also feels really soft after use.  As with the Liz Earle though, I do find you really need to remove this with a warm, wet cloth to really get rid of everything.

This is a gel-based formula, which comes out clear and thick. I personally feel like it’s almost too thick to get right in there and grab onto the makeup. This one doesn’t emulsify at all, however I also think it’s not great for face makeup and practically useless on eye makeup. It may be worth a look as your morning or secondary cleanser and I do feel there’s a nice brightening effect after use, however as a makeup remover it gets the thumbs down from me.

This is one I absolutely need to buy the full-sized bottle in! I think this is as good as the Body Shop one and perhaps slightly gentler as well. It's not too heavy but it removes eye and face makeup with ease using even the smallest amount, which is why this mini is still going. It's definitely a contender for my absolute favourite cleansing oil.

Who’d have thought one of the best products in this post would be the cheapest? It actually costs me less than getting the bus into town to buy it! It’s an oil-based formula and probably the heaviest but most nourishing of the lot (this shouldn’t cause oiler skin any problems so long as you wash your face properly after use as you should with any of these). You shake it up so the two liquids mix together and I personally dispense it onto a cotton wool pad before applying to my skin. It’s seriously so fast and effective at removing even the most stubborn types of makeup and I’m always amazed at how gentle it is on my eyes. It does run out quickly but I still say this is a budget gem so get your hands on it next time you’re in Superdrug!

Overall there’s the Amazing: the Liz Earle, the two from the Body Shop, the Superdrug and the DHC, the Good: the Una Brennan Vitamin C and the Soap & Glory and the Lacklusture: the Una Brennan Neroli and Oskia. Obviously all of this is based on my personal experience and for reference I have combination, dehydrated skin.


What are your favourite makeup-melting cleansers?