Mascara isn't the most exciting thing to read about - there aren't any pretty swatches! So I thought I would do a little round-up of the mascaras I've been trying recently and what they're good for, though do bear in mind it's such an individual thing you may not agree with me! Personally I don't have rubbish eyelashes but they definitely need a lift and to be darkened. There's something in here for every budget, so enjoy... 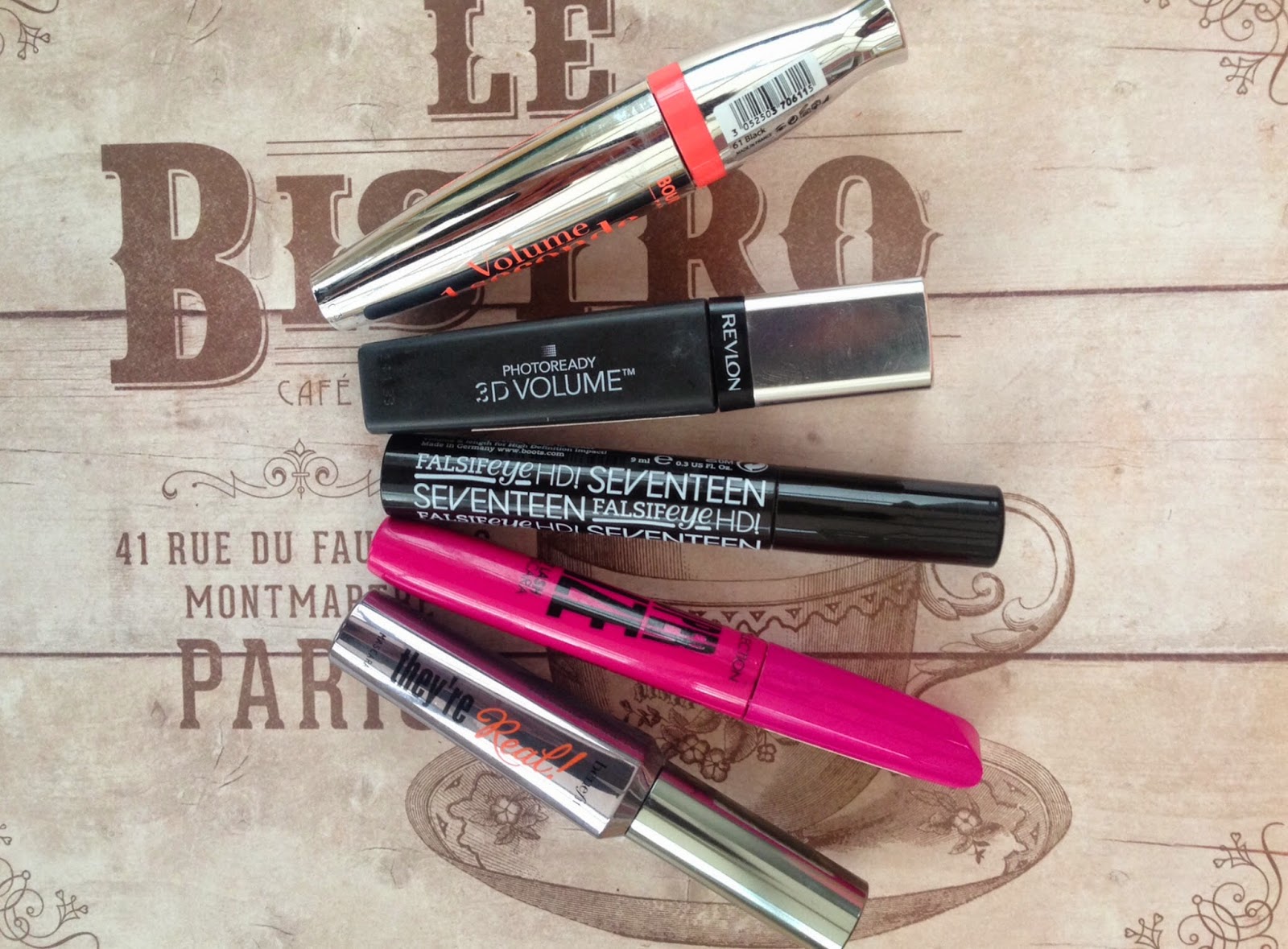 Kicking things off with the priciest on my list - this one is a 'eternal repurchase' for me! It gives my lashes that evening look; it lengthens and adds volume; it just has that 'wow' effect. It's not something I would wear during the day though as it's quite a full-on look and I do think it's possible to go a bit overboard with it! But in the right hands for the right occasion it's a winner.

It's pricey for a drugstore mascara but the wand on this is really unique and the formula both lengthens and adds volume! It's definitely build-able so you're getting your money's worth in that you can use it during the day or layer it up for nighttime. This is my favourite as a day-to-night product.

This was a real surprise to me as I picked it up in an offer but ended up loving it! I'd say it's a little more lengthening but still adds volume. I feel it's more of a daytime look but again you can build on it really easily - even after it's dried. It really curls the lashes and I find the silicon wand a little easier to use than on the Bourjois. 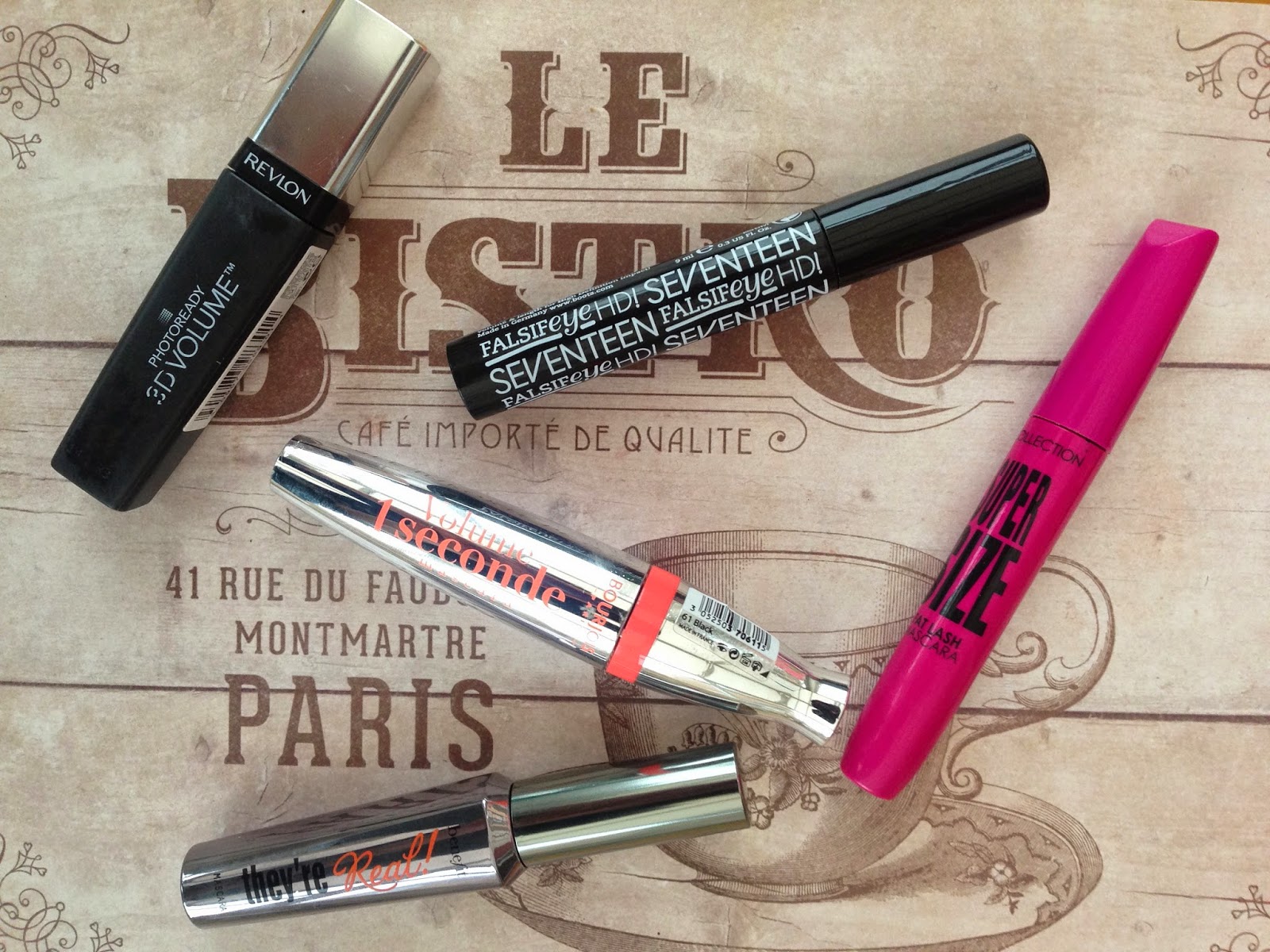 I picked this up basically because I was at the station and realised I'd forgotten to pack mascara! But I'm definitely glad I did as this is fantastic! It really does give you that false-lash effect but in the most natural way possible...if that makes sense! It looks like you're wearing daytime-appropriate lengthening lashes; they look super defined and separated. The only negative for me is that the wand is so small and fiddly it takes a couple of pokes in the eye to get the hang of it!

This was another 'omg! I forgot mascara!' buy and another total find! This is definitely my favourite daytime mascara. I never usually go for the fibre wands but there's something amazing about this one. It adds volume and intensity to the lashes even with only a quick application. However at the same time you can apply quite a bit and it will never look 'too much' or cake-y. Perfect for on-the-go! 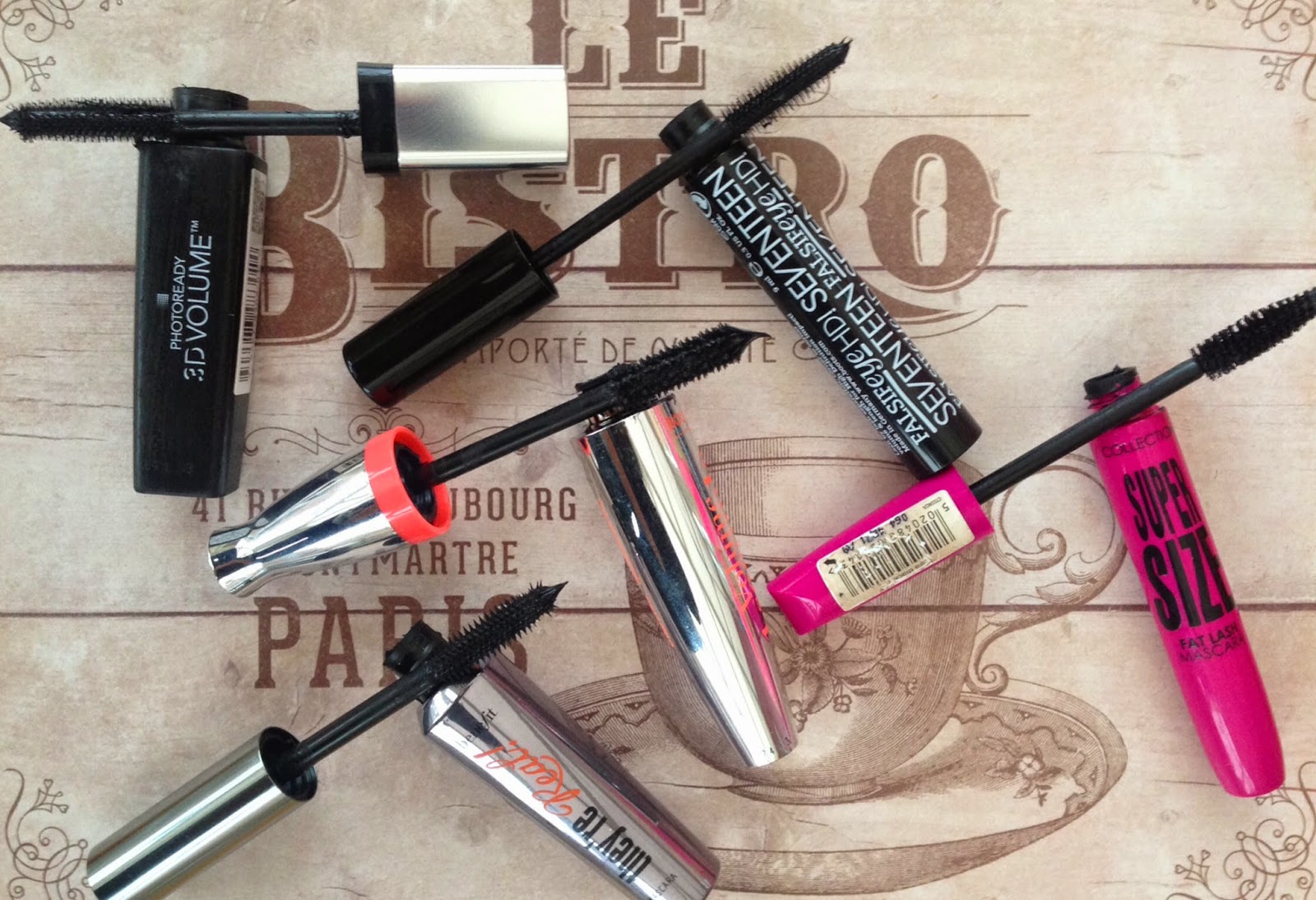 Have you tried any of these mascaras? What did you think of them? If not tell me your favourites!