My blog is usually a bit of an escape from real life stuff so why I'm doing this post, I'm not sure. I'm afraid the title is about as fun as this post is going to get, so if you're looking for my usual content; come back tomorrow.... 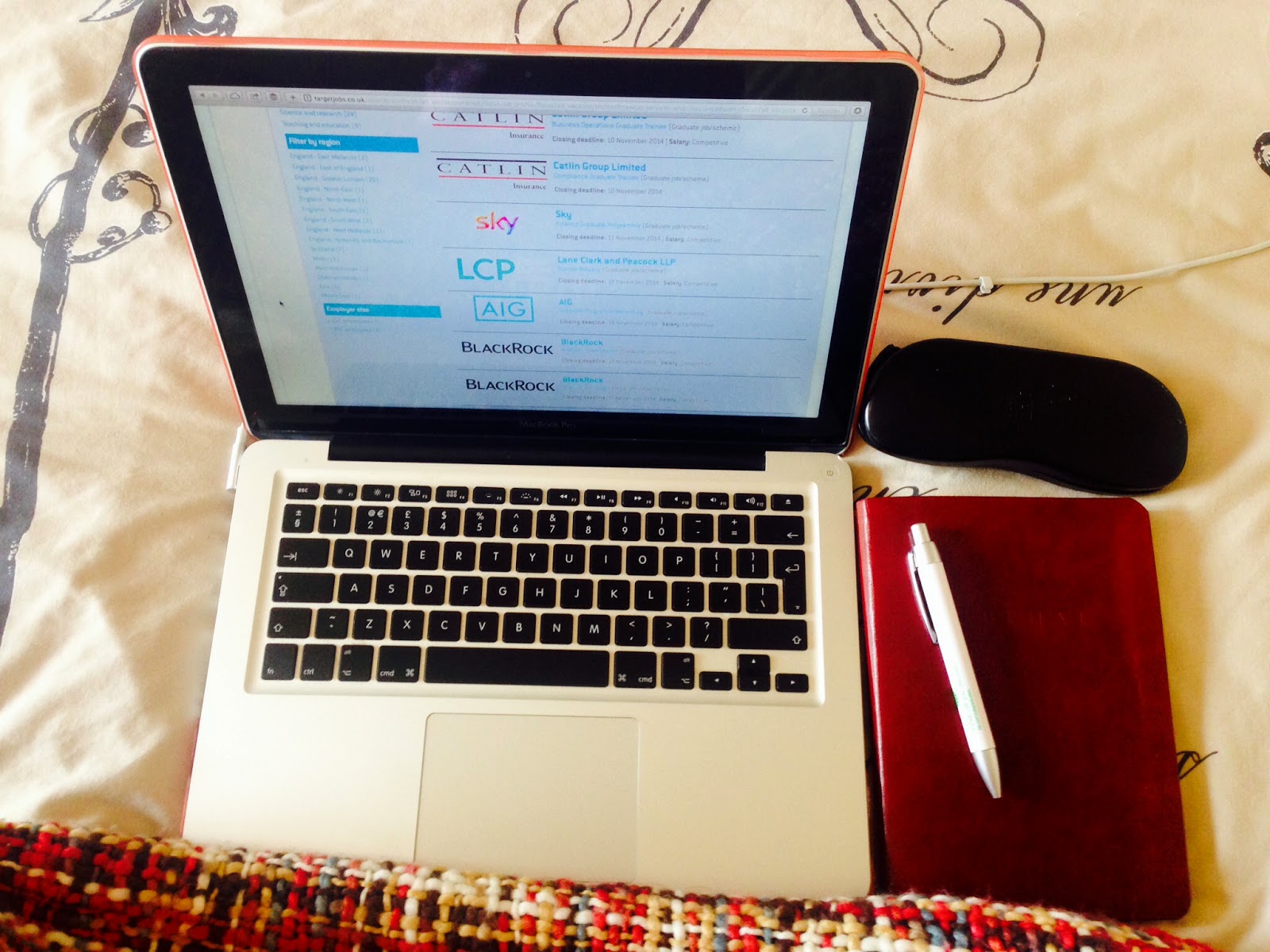 Without sounding obnoxiously self-pitying; it's not easy being a young person at this time in this economy. The world that our generation of 20-somethings have come into is not the one that our parents experienced.

Those of us who went to university are graduating with much bigger debt than we probably anticipated, due to a government made up of people who got their degrees for free. And it's frustrating. Once upon a time a degree was a golden ticket into a job, but now we're paying so much more and very few of us are in graduate roles within 6 months of leaving university. Students and graduates are often expected to do unpaid work in one of the most expensive cities in the world in the hopes of improving their prospects and even then nothing is guaranteed.

If you do get a coveted place on a graduate scheme you're often expected to relocate down to London. Rent prices are high, but with a lot of compromise you can find something that your starting salary will cover. However, what about in 10 years time? If we're spending all our money on rent then how are we supposed to save up a deposit to buy? Owning a home is an unrealistic dream for much of our generation, never mind in London...

The 'lucky' ones who already live there are resigned to living at home indefinitely and it isn't exactly fun to have to go back to mum and dad feeling like a failed grown-up. There are so many things you gain practically and as a person by leaving home, but for many of us it just isn't an option right now. Relying on your parents doesn't feel as bad when you're studying but by the time you graduate it's a different story.

I'm not sure where I'm going with this as, unsurprisingly I don't have a magic solution. Maybe these are 'first world problems' in some ways, but it doesn't mean that feeling scared for the future, confused about where you're going and who you are, aren't valid feelings to have. I think we were promised that if we worked hard in school, if we went to a good university, if we applied ourselves then we would be ok but for many people that just hasn't happened and you can't help but question yourself. It's hard to believe you're smart and capable when no one else seems to.

I personally have gone through periods of depression and low self-worth because years of hard work hadn't got me to where I hoped I would be. I've pulled myself out of it a little but worrying about the future is something I keep returning to. I've been very lucky to have a good support network around me that helped me go to university to begin with as well as to pursue job opportunities. I realise not everyone has those things and appreciating how fortunate I've been helps me when I get down about things.

If you're reading this and have similar worries and issues, you're honestly not alone. The future looks bleak from here but so many of us are going through the same thing and I think the least we can do is talk about it and try to support each other. I hope my sharing this has helped someone in some way and if you want to talk publicly or privately I'm more than happy to! I'm not quite looking at the situation from the other end of the tunnel but I've reached a point where I'm 'ok' and I'm not beating myself up for not being where I'd hoped. To be honest I really think that's something (even if I don't have it all figured out) and the only way is up!

I hope my ramblings have resonated with someone out there and made them feel a little less trapped and alone. I'd love to hear your thoughts and experiences in the comments.