I wouldn't usually post 2 thought-pieces in the same week but I've been weighing this one up in my head for a fair few days. I'm sure all of you by now will have come across that Independent Voices article. Bloggers everywhere, quite rightly, have reacted angrily towards the author's spiteful personal attack on Zoe, as well as her declarations that an interest in fashion and beauty is somehow anti-feminist (how very second-wave of you!) However is there any truth in the idea that Zoella is a bad role model for young girls? 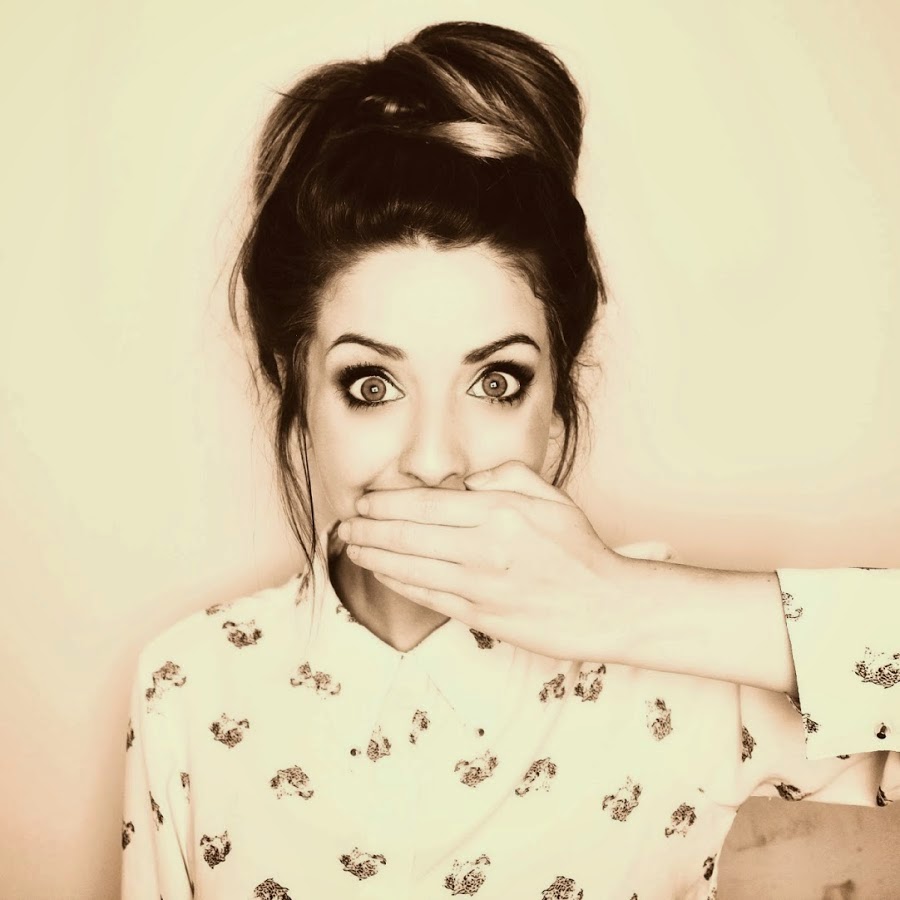 I've thought about it and I don't think Zoe is a bad role model, I just think there are better role models out there. Zoe took the Youtube world by storm with a combination of her content, working on her brand, right place right time and being part of the Youtube social circle. However for young girls this happening for them is about as likely as them becoming the next Beyonce. Obviously I don't think it's the fault of celebrities that they were the one in a million to make it, however I think we would do well to teach girls to look to more attainable and worthy role models. This could be an army medic cousin or a friend's sister who raised thousands of pounds for charity or their older brother, the first person to go to university in their family.

I don't think celebrities can never be role models but they are the exception. We are very keen to label every star a role model regardless of whether their target audience is young girls or even when they've specifically said they don't want to be one (e.g. Rihanna). However I don't think celebrities are role models by default, I think they are when they use their fame to do something incredible. Angelina Jolie's humanitarian work, as well as her own personal decision to have preventative cancer surgery, was incredible. I'm not really into her style or acting but Emma Watson studied hard, went to university to better herself (despite Hollywood offers and being set for life financially) and is now UN Goodwill Ambassador for Women. A personal hero of mine growing up was J.K. Rowling, who went from being a single mother on benefits to a billionaire then back down to a millionaire because she donates so much to charity and pays her share of taxes. I am aware of the work Zoe has done with the mental health charity Mind and I think it is admirable, but I don't believe most of her fans would say that's one of the main reasons they aspire to be like her, though maybe I'll be eating my words on that in a year's time!

Those women were also one in a million who had a lot of talent and luck but I think the difference is that many teens see Youtube as a way to 'get rich and famous quick' (like it's the X Factor or something). Obviously a lot of work goes into making, editing and promoting videos (and some Youtubers work harder than others) but I think especially with vlogs young teenagers see the life of a Youtuber as waking up, getting some freebies in the post, buying expensive groceries, having a meeting in their apartment, walking the dog, meeting some friends for lunch, going shopping and buying £1000s worth of stuff, going out for dinner then bed. For me there's something a little troubling about young people aspiring to this lifestyle and they don't seem to understand the value of money. I don't think there's anything wrong with working hard and treating yourself (I do that plenty!) but I don't think that young teens understand the amount of work they'd have to put in to be able to spend like Estee or Amelia.

I don't think there's anything wrong with young girls enjoying Zoe's videos, admiring her personality, feeling like she's their friend or her videos helping them through the awkwardness that is puberty. If Zoe has inspired someone to get help when they're struggling or her attitude has given them a more positive outlook on life - great! The problem for me lies in the nature of Youtube (vlogging in particular). It makes this new breed of celebrity more accessible than ever and with that comes a young, impressionable fan base who aspire to imitate that sort of lifestyle. In reality I think they're better off looking closer to home for people to model themselves after and if they do look to celebrities they should admire a quality in a person, not their lifestyle or looks.

I definitely thought twice before posting this as I could see getting a lot of grief...I hope Zoe fans don't take offence and see where my argument is coming from! I'd like to hear your thoughts on role models and Youtube culture in the comments.