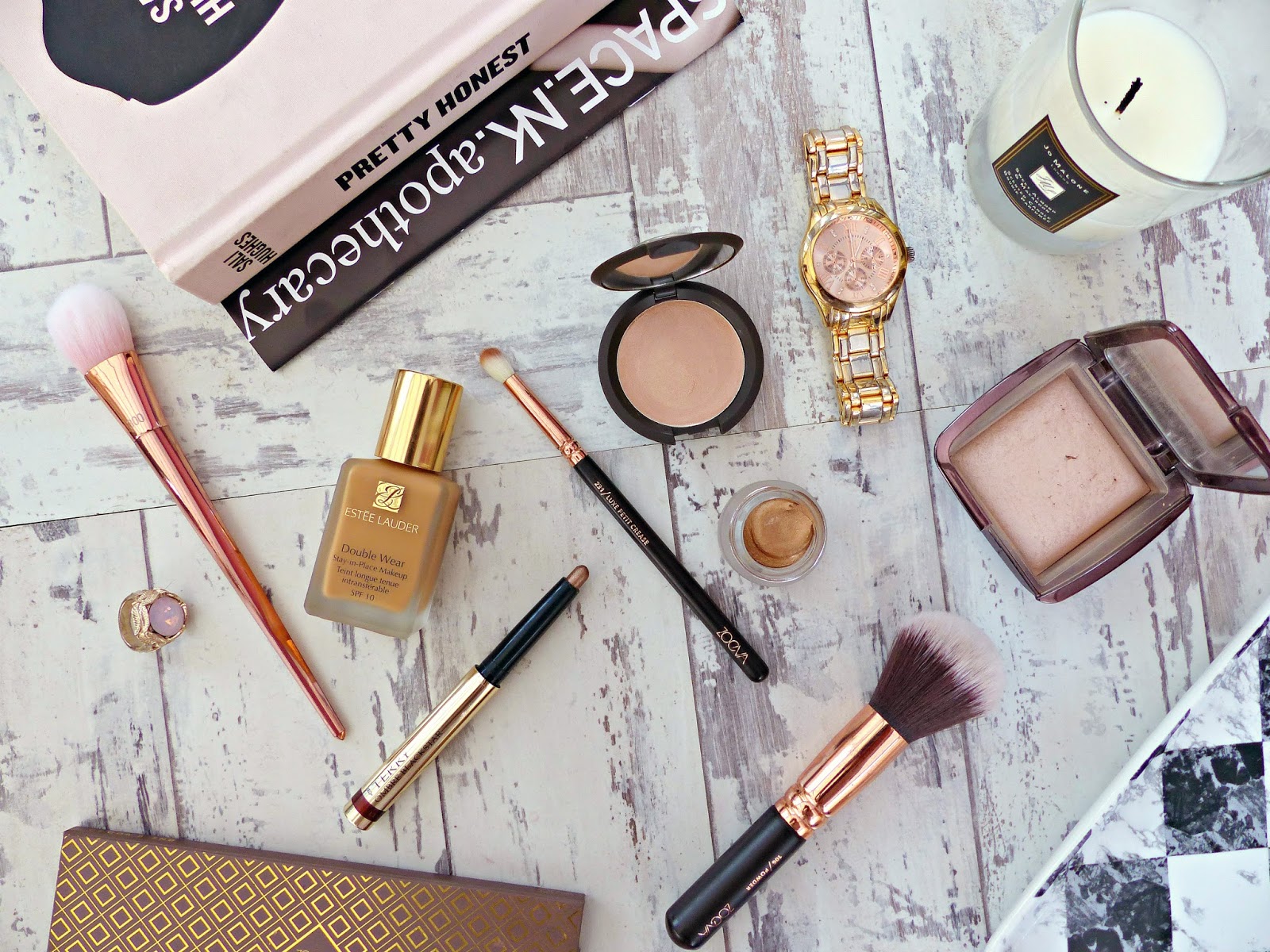 It's been another month when it feels like so much has happened in my life! There's been so much change that every time I do one of these posts I'm in a completely different place.

I started the month with two weeks off, as I thought I needed a bit of time out before starting my new job. The first week I spent with my boyfriend, whereas for the second week I spent a lot of time blogging and catching up with friends before life starts getting too crazy. It was really nice to have a little bit of time to dedicate to personal pursuits like my writing and having a good old tidy up.

I went away partway through the month for my graduate scheme induction week. It was a lot of hard work and a lot of fun; sort of like fresher's week all over again! So that's why I've been a little MIA on social media and in the blogging community the past week  or so (for the induction we were literally doing 8:30am - 7pm followed by dinner and drinks and there was no signal) as I had a lot of sleep to catch up with over the weekend before starting in the office on the Monday. It's really feeling like things are starting to fall into place for me and so many of my friends. I'm so excited about my new role and I really haven't felt like that about a job before! Hopefully this is the start of new and exciting things.

I have learnt a lot about myself this month and one of them is that, sad as it sounds, sometimes I do like to be alone in my fluffy dressing gown reading in bed at 9pm. However it's also taught me I can be a lot more relaxed about working on my blog and being more spontaneous.

I haven't really got into one TV series this month, but I think I'm going to try Suits when I have a bit of time. However I've watched a couple of films this month (for the first time in ages) and a few one-off dramas I've enjoyed.

First I saw Straight Outta Compton. This was definitely the best film I've seen in cinemas this year so far (not that that's saying much) and it stayed with me for a long time afterwards. It's the story of NWA (focussing mainly on Ice Cube, Dr. Dre and Eazy-E, naturally) from their difficult upbringings to their success with the group and beyond. It was a reality check to see what NWA had to deal with growing up and how it shaped their music. Everything kept me hooked from seeing the relationships and conflict within the group, to the little cameos to the devastating ending (I'm sure anyone with even a passing interest in the West Coast scene will know what happens). This was so much better than I was expecting it to be and I would recommend it to any music fan.

A very different kind of gangster film I saw was Legend, a biopic of the Kray twins starring Tom Hardy as both Ronnie and Reggie. I think Tom Hardy's performance definitely carried the film and made it worth watching as there were definitely aspects that could've been better. I'm not sure if it was the structure or the script but the story itself didn't quite work, however I'd still sat this  is a must-see film for Tom Hardy's acting (and face).

On TV, the BBC recently did an adaptation of the infamous novel Lady Chatterley's Lover. It's really not that explicit, the reason the book got in trouble was for printing fruity language. It tells the story of Lady Chatterley, whose husband returns from war paralysed and unable to do certain things... They hire a working-class former solider (who served under Lady Chatterley's husband in the war) as a game-keeper and sparks soon begin to fly between him and Lady Chatterley. This is shot beautifully and I really loved Holliday Grainger and Richard Madden in their roles, however whilst there were moments of brilliance, something was missing for me. I think perhaps the 90-minute running time was to the story's detriment; the characters and stories didn't seem to have room to breathe so things sometimes felt a little shallow and rushed.

The BBC really have a thing for raunchy period dramas at the moment, it seems, as the Scandalous Lady W was also on recently. This is really different in tone to Lady Chatterley's Lover and is set in the 18th Century. I really like Natalie Dormer as the main character and there was something quite fun about the Scandalous Lady W. The story starts with Lady Seymour Worsley running away with her lover. We rewind to the start of her marriage and her husband's *ahem* unorthodox preferences and the lengths she goes to in order to try and get out of the loveless relationship in a time where a woman was considered her husband's property. It definitely could have been better but all in all this was enjoyable enough and worth catching on iPlayer.

One good side of having so little free time is that I've barely had time to shop or spend any money so I've saved quite a lot! I'm really loving ASOS and River Island for work clothes, so picked up a few bits at the start of the month that I've hardly stopped wearing.

I've also been loving H&M Home. Annoyingly they don't stock it in stores outside London and there's no Click and Collect service but they have the most gorgeous affordable pieces. If you're after the blogger cliches of copper and marble then this is where you need to go! I also went to Tiger for the first time, as you can't order their products online and they don't seem to have any stores outside the South East but I seriously cannot believe how affordable everything is. Again, I bought all the copper things...

I've definitely been shopping too much lately though and have been going a bit mad ordering things online. So, I'm imposing a spending ban from now until Black Friday - wish me luck!

I did attempt a bit of an economy drive earlier in the month but I've still done a little bit of eating out. I've really liked Giraffe lately, as it's so affordable but the global menu means there's pretty much something for everyone there and a great vegetarian selection. I've also ordered a couple of times from Yo Thai so, on the off chance that you're in the East Manchester area, I really recommend it!

I'm still really itching to go away, and although I know it's a rip-off, I quite fancy getting away for a few days around New Year. I was thinking maybe Prague, but if you know any reasonably-priced city breaks in Europe you think would be good for NYE then I'd love to hear! I also thought I should let you know that my blog is going to have to take a bit of a back seat. Not only have I started my graduate scheme in these sense that I'm probably going to be working more than 9-5 but I'm going to be completing an Advanced CII qualification in two years hopefully! It's going to be a lot of exams and coursework and pretty time-consuming and so I hope you understand if I'm not as on it with putting out new content and interacting with everyone as I have been in the past.

Have you seen anything good on TV or at the cinema lately? Where would you recommend I go for New Year's Eve?

P.S. Enter here to win a high-end palette of your choice!

And if you enjoy reading my blog, please take a moment to nominate me for Best in Beauty at the Cosmo Blog Awards here
Share:
Labels: career, film, life, lifestyle, sunday post, tv